Who Makes This Stuff Up?


Have you seen the meme on Facebook that claims there is a difference in taste, number of seeds and gender between peppers with three lobes and four lobes? I knew it was nonsense, but I've been looking for one with three lobes at the store to demonstrate. 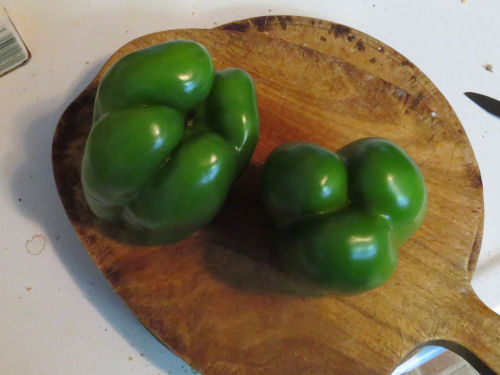 Here are the insides. 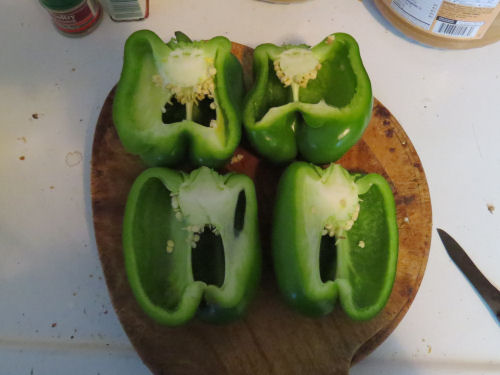 See any big difference in the number of seeds? Nope. Is there any difference in taste? Nope. Do peppers even have genders? Nope. Pepper flowers are perfect, which means they have both male and female parts, and the fruits are all identical.

In other stupid news, this was on the label of the turkey I fixed this year.

Hard to have a "stuffing" presentation if it's not stuffed in the turkey, eh? As far as safety... do people not cook their turkeys long enough to get the stuffing hot? If so, the turkey would still be pretty raw. That seems real appealing. Right.

I don't think there's much wrong with my turkey presentations. (This is Thanksgiving 2013) 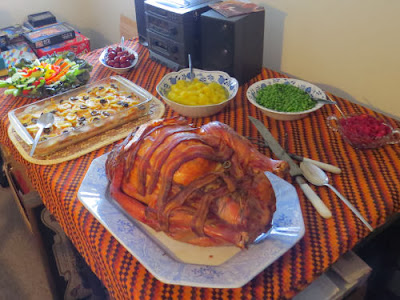 I'm off to work for the night in just a bit.

I've heard that about the peppers along with one was supposed to be better for eating raw while the other was better for cooking. I'm a sucker I bought it. Thanks for straightening me out.
As for the turkey I guess I'll never have optimal presentation because I'm cooking my stuffing inside the turkey. Now that common sense is a thing of the past they things they have to write on package labels are outrageous.

Yep. About as valid as most of the "news" one gets on facebook.