Play and Work- Both Freezing


I went out skiing again today. The goal was to ski longer than Saturday. I don't think that happened, but I worked harder, so I get points. Still cold enough that the snow is great. If the wind doesn't fill in the tracks, tomorrow could be a nice ski day!

When you groom the trail by skiing through whatever's there it's a lot of work! 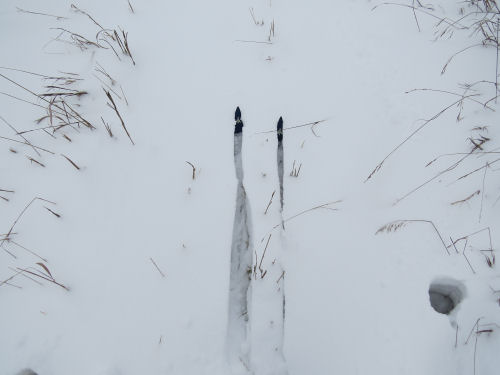 Today I went down all four of my hills (intermediate level at best). Saturday I skipped the steepest one, but believe me, I could not go too fast to be dangerous today!

This is hill number two. I'm about to go down. I took the picture because I always think it's interesting that the deer use my trails even though it doesn't look like a lot of difference from where it was not mowed. I'm not the only mammal who appreciates less resistance to movement. 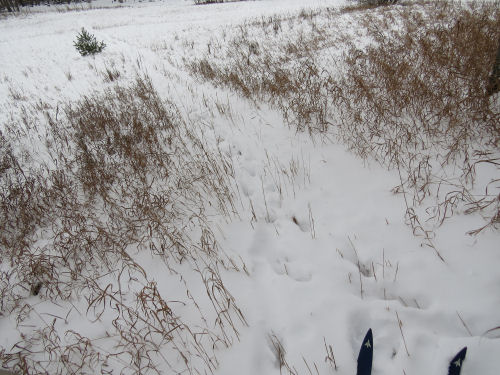 On the work side of the equation, I defrosted the freezer. Not bad. This is the one we got four years ago, and this is the first time I've had to defrost it. But it wasn't sealing properly and stuff on the top wasn't freezing solid.

Step 1- put everything in the alternate freezer. (Ha, ha. No, there's no dog food, it's only a box. Didn't even see the label till I looked at the picture!) 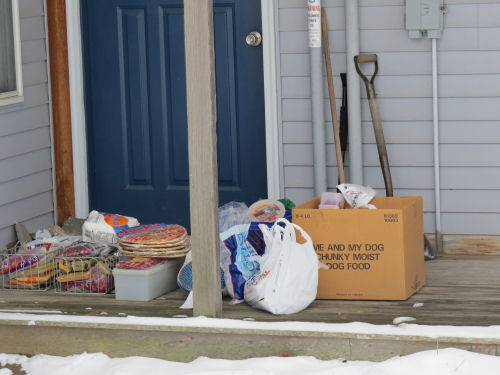 Step 2- there is no way to turn this freezer off except unplug it. That was not an easy task, but I managed it. Had to lift and move two large pieces of plywood that were stored behind the freezer, then pull it out, climb over, and unplug it! 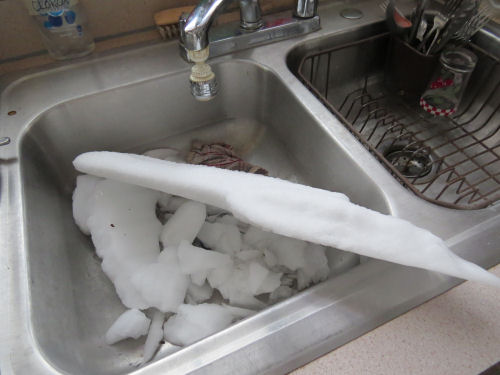 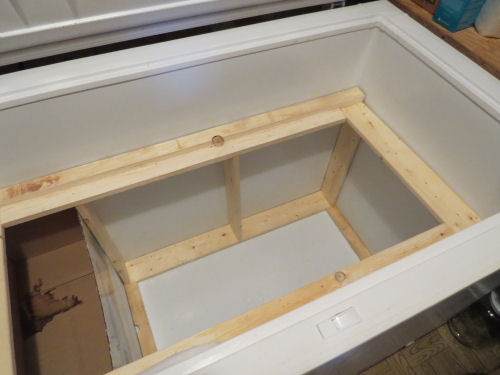 Oh yeah, except I had to put everything back and put all the food back in. Got rid of a few things that were so old and freezer-burned that even I won't eat them. Boiled some pork hocks to make soup. A little freezer-burned, but I can deal with it.

Not bad. Pat myself on back.

Here we are, the frozen chosen ones. The other day I put the heating pad atop a small pillow in front of my chair. They kept my feet (wrapped in a hand towel) warm and much more comfortable.

Points for getting out in the cold and the snow. I guess. Our snow lies somewhere between an skiff and an inch and the temp is only a couple degrees below freezing. And that is PLENTY of winter so far as I am concerned.