Tonight, I went to the West Shore Community College Wind Symphony concert. Last year, this concert was 35 miles away (because they move it to various area stages for performances). This year, it was in Ludington, only 7 miles away. Much better for me!

There were two parts of the concert again; first the percussion ensemble played. 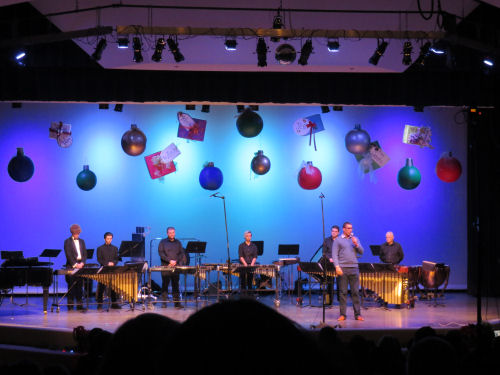 They did two pieces, Danse Macabre (Slawson), and Colonial Glide (Pratt). Both were a lot of fun. Danse Macabre is one of my all-time favorite works, so I would have to choose that as the best. 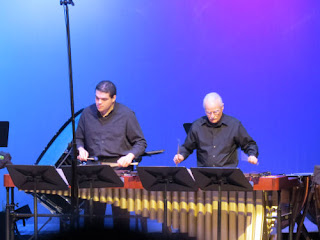 Then, they moved all the chairs on stage for the symphonic part of the concert. 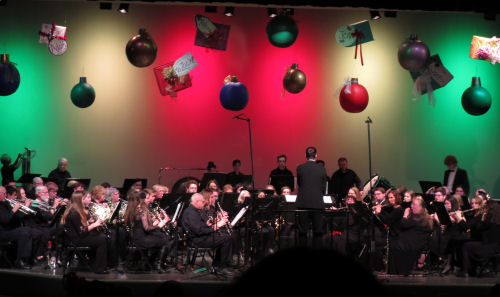 The symphonic chimes were an important part of Sparkling Lights (Conway), which was more or less a variation on O, Tannenbaum. 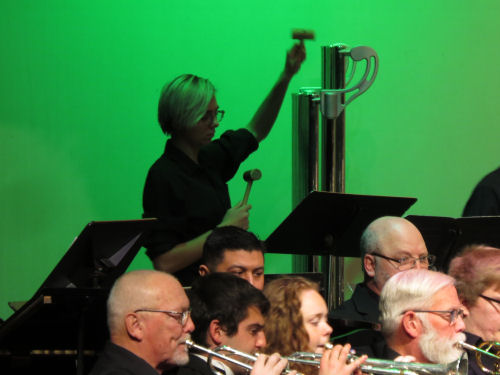 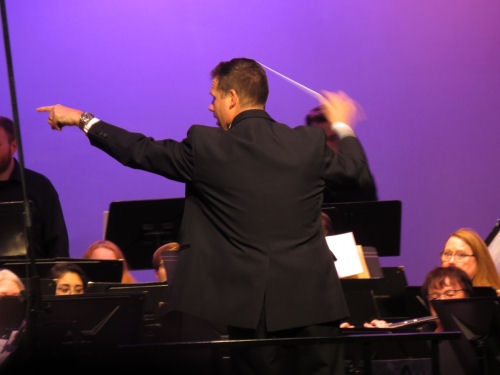 Before last year, I hadn't heard of Shastakovich, but he's becoming one of my favorite composers. I liked Galop a lot. I ran into two of his works last Christmas season, and liked them both. I just looked him up. I knew he was a politically incorrect Russian composer during the Stalin years. He was apparently heavily influenced by Stravinsky and Mahler, both of whose music I like. He liked to push the envelope and try experimental music- things that didn't fit the accepted norms.

Elements is a 21st century piece, with four movements Air, Water, Earth, Fire. I wanted to like it a lot, but only liked it moderately. I didn't think the music captured the feelings of the elements all that well. Probably just me.

I also liked Sparkling Lights and Fanfare and Flourishes.

In other news: I wrote in the morning, and did bookwork and errands all afternoon.

Email ThisBlogThis!Share to TwitterShare to FacebookShare to Pinterest
Labels: music

My musical knowledge is lacking. I haven't heard of any of those coposers.