These pictures are connected only by virtue of being found in the same box, and they are relatives of mine. I think this one has to date from about 1947. This is my mom, Catherine Leary with Dad's son, John, my half brother. They are sitting on the steps of the house I grew up in, the house that Jack built. 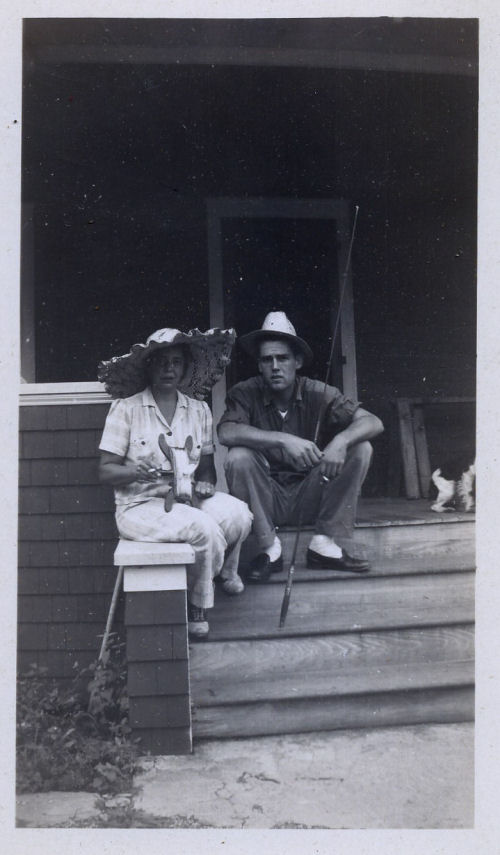 And here's Jack, Dad's father. Date of the picture is unknown. Jack is the one on the left. I have no idea who the man in the suit is. Hopefully, someone savvy about old cars can help date the picture. Has to be before 1945, because that's when Jack died. 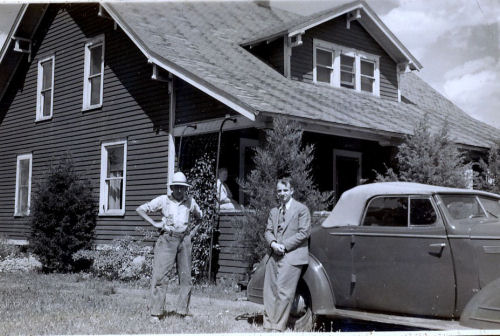 Finally, this is the oldest of the pictures. It has to be from about 1910-1914. The boy in the middle with the dog is my father, Ray Leary. I think he looks no younger than 6 and no older than 10. I have no idea who the other children are. Perhaps I should get serious with a magnifying glass and the schoolhouse picture I have of Dad. Maybe some of the faces will match. And this is, again, the house that was torn down before I was born, the house Dad grew up in. 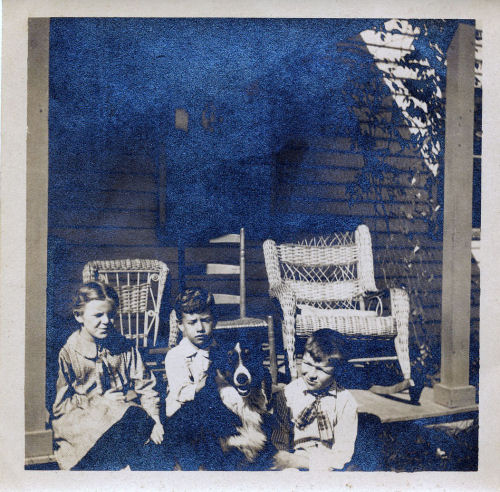 In other news: I wrote all morning and edited all afternoon. I got a lot done, but boy is my brain tired.

The house that Jack built looks quite nice. I like the front porch.