In Search of Another Road Loop

I had to go to the store today, so I checked out a different road loop for a walk. It was a poor choice, actually. Flat, too much traffic, and not a lot of high-interest things to see. I won't choose that one again. However, I managed to snap a few things in five miles.

This is the one water feature on the loop. It's a tributary of the Lincoln River, apparently unnamed. It flows north. In this picture the water is moving toward the camera. 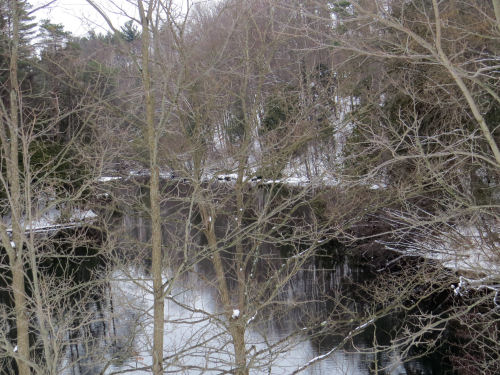 This bird was standing in the road. All his yard-mates were staying in their own driveway. It was quite a collection. I did chase him out of the road. What is it? It's a muscovy duck, native to Mexico and South America, but they have adapted well to colder climates and are now often domesticated in the north. The red face is distinctive. They aren't always white, sometimes dark or piebald. I think the feet are really interesting. Look at all the spots! 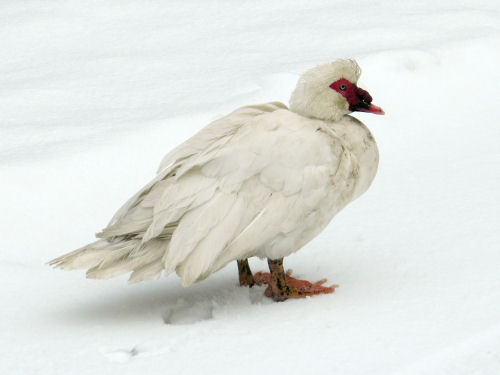 And this antique hay rake looks really nice against the snow! It was horse drawn when it was used. How do I know? Because there is a seat on the rake itself where the driver would sit.

In other news: I did all that grocery shopping. I did some editing. Doesn't sound like much.

Posted by Sharkbytes at 8:08 PM

Lulu: "Our Dada has a couple of different rakes, but they don't look like that one. I guess they aren't meant to be used with horses!"

Hi Lulu- If you are careful, it might comb your hair nicely

That duck is quite interesting. I've never seen one of those