I know I get excited about a lot of places on the North Country Trail, but the Crown Point Fort is truly an awesome site. 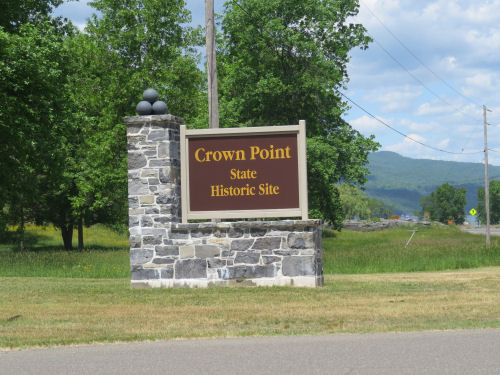 The French originally built Fort St. Frederick on the site in 1731. Anyone with any military sense at all knew that holding the narrow spot on Lake Champlain was the key to controlling the transport of goods and troops along the waterway that basically extends from the St. Lawrence River to New York City (this includes a portage).

You can see some remnants of Fort St. Frederick, but the real news at this location was when the British built the Crown Point Fort in 1759. This has been called the greatest British Fort in North America. It is also one of the best preserved forts of that era.

A good fort of that time period had earthen ramparts or scarps surrounding the fort (on the left), a ditch that invaders had to cross, and counterscarps on the outside of the ditch. Crown Point has a lot of rock walls that naturally break through the earth, and these were included in the counterscarps when possible. 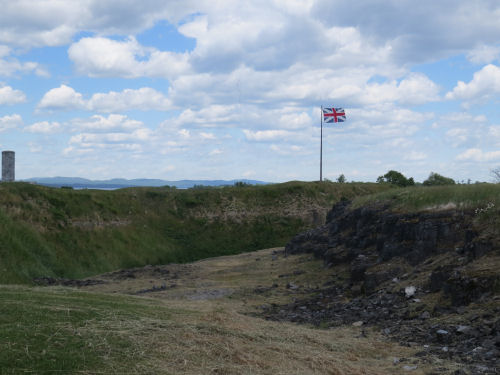 Once you are up on the earthen ramparts, you can see at the end of this wall that there is a projection at the corner. Those are called bastions. This was a five-sided fort with star bastions. Defenders could fire from the bastions at invaders that might have made it down the counterscarp into the ditch. Attackers could not hide in the shelter of the fort walls with this design.

And, how cool is this? The NCT is now routed right along the top of the ramparts! 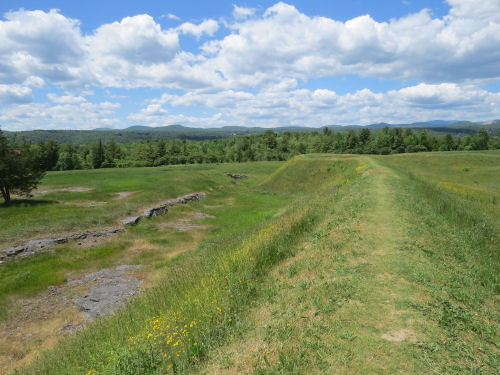 Inside the fort walls are the remains of an officer's barracks, and the soldier's barracks. The officer's building has finer stonework. It had tiled floors and brick chimneys. Officers slept two to a room, while soldiers had 12 or more roommates, and they had to share wide bunks. 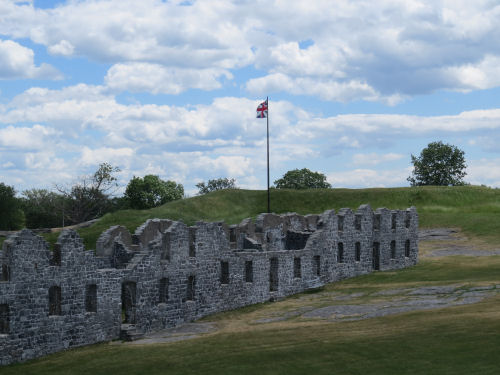 This is inside the officer's barracks. The floors are missing, but can't you just imagine when military men were living here? 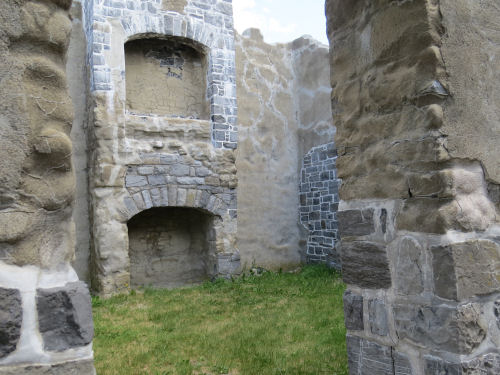 The armory burned, and the British left only a skeleton force. The Colonials, under Seth Warner and the Green Mountain Boys, captured the fort in 1775.

There are also brand new North Country Trail interpretive signs here, since this is no longer the eastern terminus. 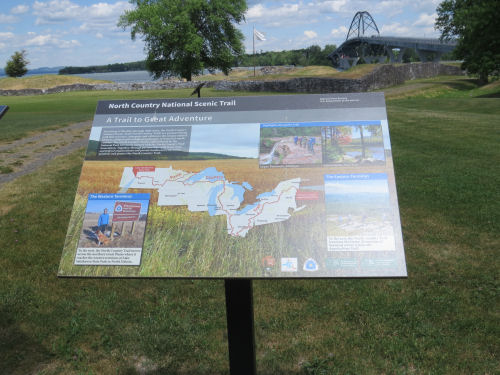 There is a nice museum, book/gift store, and visitor center. They also do reenactments here. I hope to see one some day.

What an interesting place. I wouldn't mind seeing a reenactment there.