I was a slug all day after I finally got up. Saturdays after Friday nights are hard. But I have this season ticket to the Ramsdell, and I had the seat reserved for tonight to see Footloose. So I dragged myself out the door. Glad I did. It was fun.

As is sometimes the case for big musicals here, the cast was heavy with local high-school students. This sometimes translates as inexperienced, and closer to what you might expect from local theater, amateur. Not so much with this production. Generally, it was really well done.

It was co-directed by a young man, Connar Klock, who's been in many local plays and is barely out of high school, himself. He's been accepted (in a competitive audition) into the Theatre Performance Class at Western Michigan this fall. Watch for him to go places. He introduced the play. 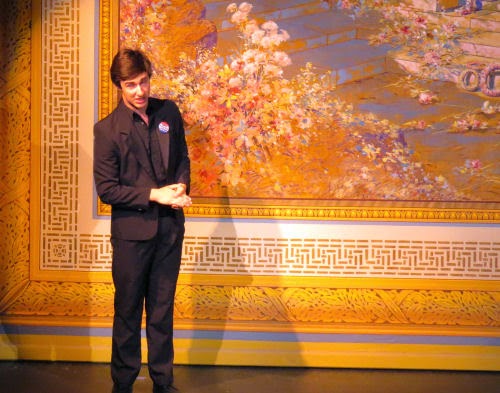 The play begins as Ren McCormack and his mother move from Chicago to the small town of Bomont. Ren's father has deserted them, and they are trying to fit into a new lifestyle. 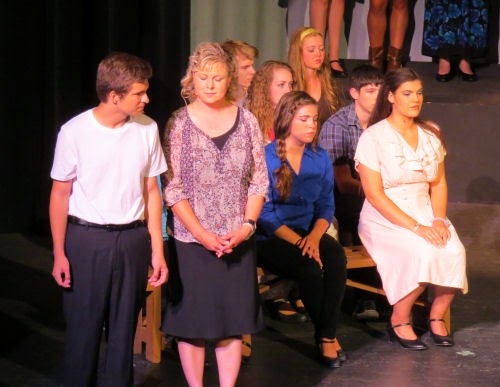 The local minister is very conservative, and also quite a political force in the town. His daughter, Ariel, rebels by dating one of the local bad boys. 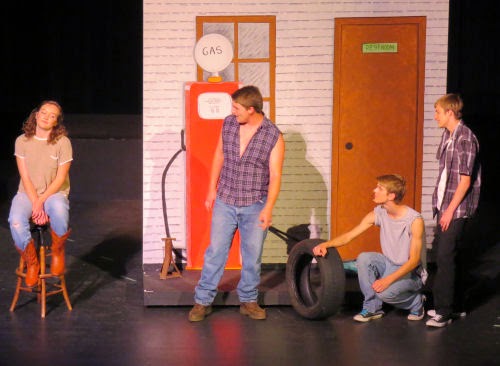 Ren gets in trouble almost immediately, because he likes to dance. There is a local ordinance prohibiting dancing anywhere within the village limits. This was instituted by the strict pastor, who is also chair of the town council. Small towns don't like outsiders, and Ren's troubles escalate. No matter what he does he's labeled a troublemaker. 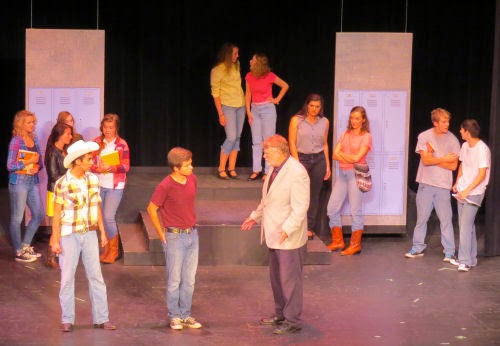 He wants to let off steam by dancing, and takes some of the kids who are his friends to a nearby town where they learn how to dance. 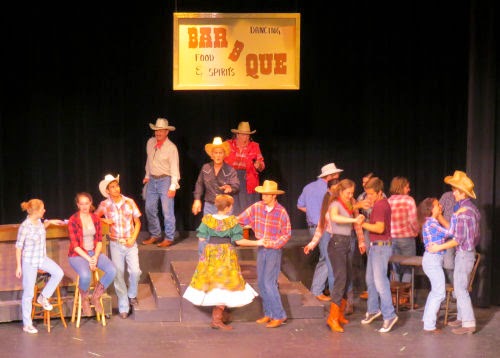 Ren has learned that the reason the ordinance was put in place is because four teens were killed in an accident while driving home from a dance. Ariel explains that one of them was her brother, and that's why her father is so uptight. Of course, Ren and Ariel fall in love. 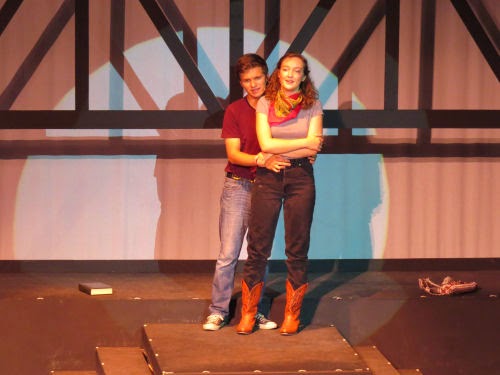 Ren decides to challenge the village council about the ordinance, and does so in a respectful way, but is voted down. He goes to have a talk with the minister later that day, and they discover they have things in common. He lost a son; Ren lost a father. 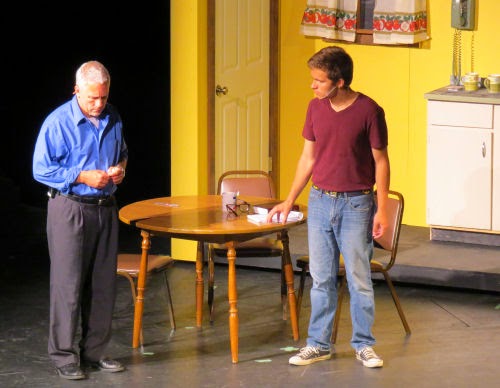 I probably don't need to tell you the ending, right?... it's a musical. 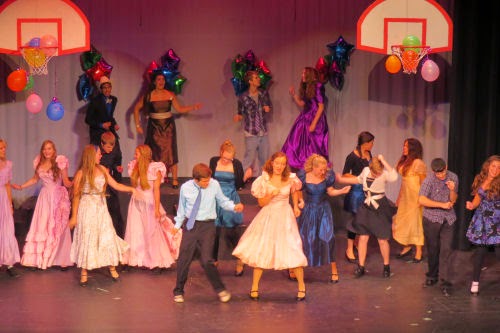 And now, ladies and gentlemen, I am headed for bed again.

I do know the ending to this one :) Sounds like it was a good play. Hope you're getting some sleep

I love musical. Hmm but dont think my side here the local high school will perform Footloose.

Sounds like it was worth dragging yourself out of bed. I would like to see the play.