In the past few weeks I've encountered several new plants. Two of them have been identified. The first one I knew on sight, but it's the first time I've actually seen it.

This is Great St Johnswort, Hypericum ascyron, or H. pyramidatum was its old name. This is one of the native species. The common one, yes, the one used medicinally (although all the species have medical properties), is not native to North America. Great St. Johnswort is particularly beautiful. A patch of it stands right out. The flowers are really large, up to two inches across, with correspondingly large buds and leaves. 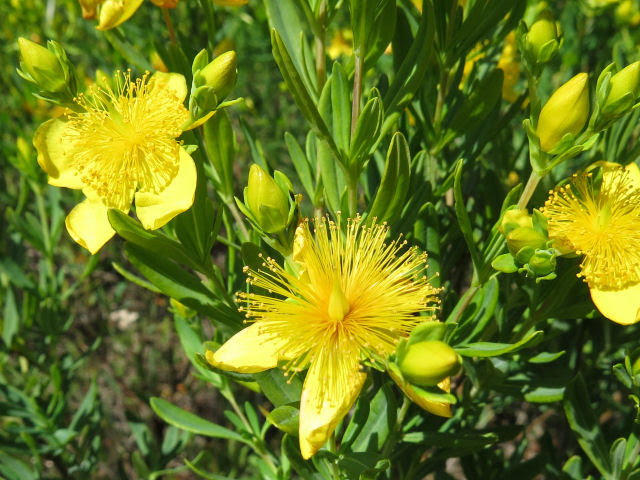 A really attractive wildflower! We saw this one at Nordhouse Lake two weeks ago. Incidentally, "Hypericum" comes from hyper=over, and eikon=icon (image). The plants medical properties to overcome depression have been known since antiquity. Depression was deemed to come from demons, and thus the plant overcame the evil spirits or influences. 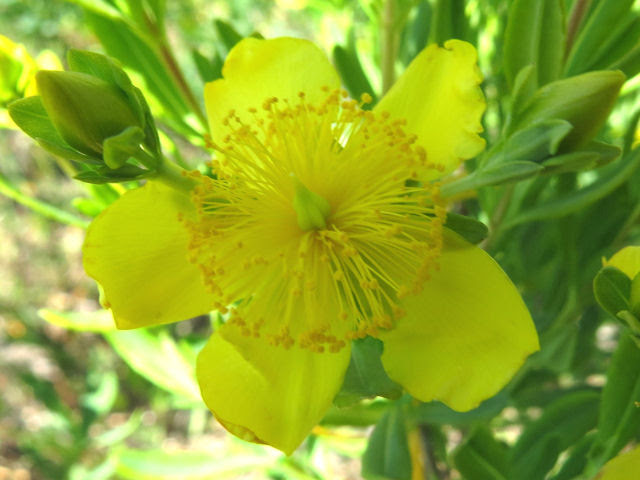 Later that same week, in another wetland area, I saw a flower I had to come home and look up. The patch of it looked like this. 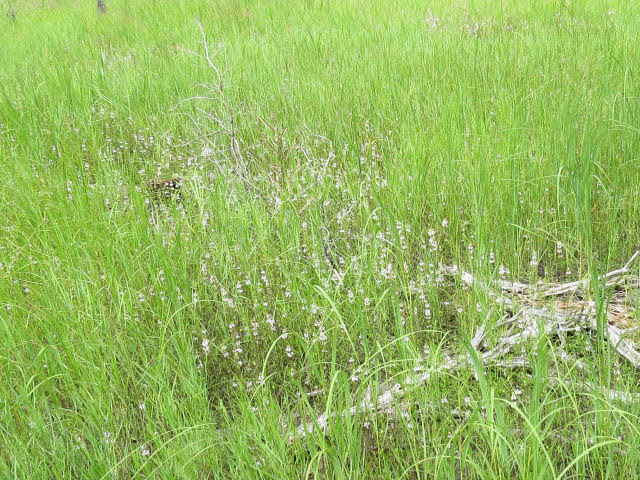 My first reaction was obedient plant. The flowers sure look snap-dragonish. 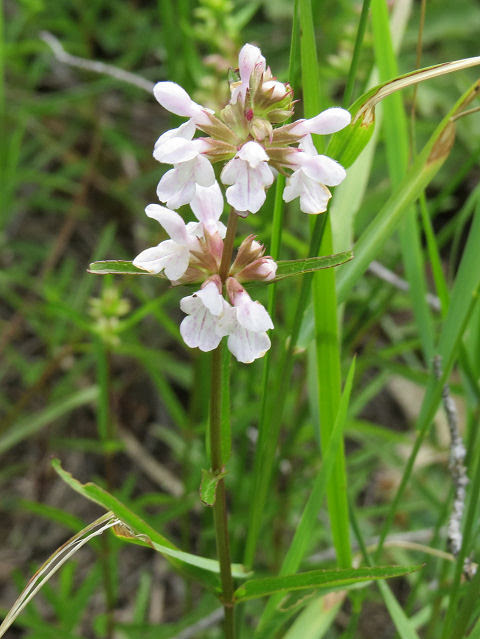 But it didn't look quite right, and when I pushed on the individual flowers they did not stay where they were moved to, the feature for which obedient plant is named.

Hmmm. Next clue, it has a square stem. See how those leaves come off the stem at right angles? And it has a topknot of flowers, not a spike. Those are two really good hints. It's in the mint family.

It's hyssop hedge-nettle, Stachys hyssopifolia. It is growing along the section of North Country Trail that I maintain. It's neither a hyssop or a nettle. Go figure.

Posted by Sharkbytes at 9:50 PM

I love the yellow flower...like a burst of fireworks

The yellow flowers are really attractive. And I like any flower that looks snap-dragonish. They were my favorite when I was a kid.

The flowers reminded me of catnip plant flowers. Catmint??

I struggle when it comes to Id'ing wildflowers/weeds. Thanks for the post!

Ratty- Most St Johnswort aren't very showy. This particular species makes up for it. They are awesome.

Ann- they are- I was so pleased to finally see some in the wild.

Lin- Catnip and catmint are both mints, so, yes.

We have lots of different Hypericum & Stachys here but not the two you found :)

Love the Hypericum. I don't see that variety 'round my patch of the world. Plenty of H. perforatum, though. Good thing, too, it's a favored medicinal of mine!

And the Stachys hyssopifolia is charming!