Sometimes you actually get what you wish for. It was another beautiful day here. I had to work at the paper in the afternoon, but before that I was out doing cases, and visited several small lakes. I think that's the best part of the day.

We'll start with Round Lake. This picture is probably the least interesting because Round Lake is pretty much, um... round. The shoreline doesn't have interesting features. It's large enough to whip up some waves on a windy day. 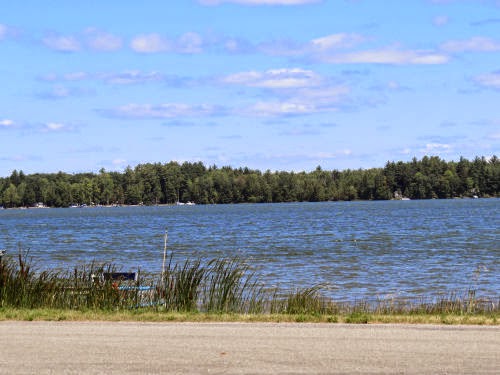 Next up was Ford Lake. I've taken you there in the winter. But summer is delightful with soft stemmed bulrushes along the shore. 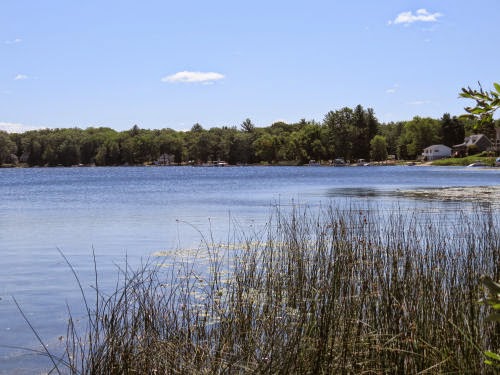 The best part was when I realized one of my cases was at the far end of a private road south of Nordhouse Dunes. I'd never been in there, because it's all private. It was about a 2-mile drive on a single lane road till I reached some of the swampy areas above Hamlin Lake, known as the Lost Lakes. 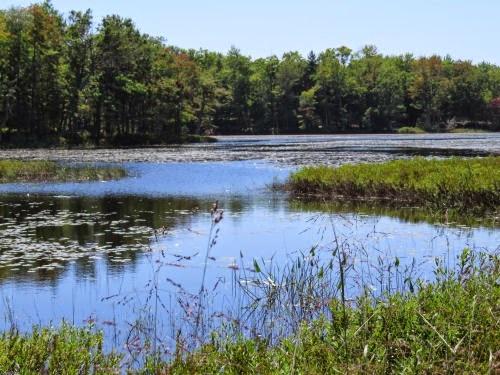 There was a narrow causeway through there, and at last I came to the north side of Hamlin Lake, just west of The Narrows. I've been here by boat, years and years ago, never by car. If you remember the Hamlin Lake map, and want to see it, follow the link below, and where I was today is just south of point 7. You will see the Lost Lakes, and the pinched place in Hamilin that is The Narrows. This picture looks south into the main portion of the lake. 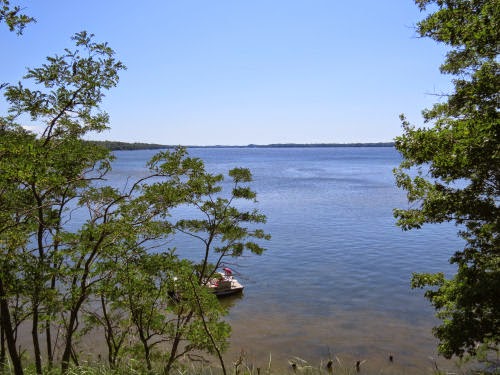 That's the lake tour for the day. It was kind of a tough afternoon at work. I'm going to bed early.

Even a tough day at work yields eye candy for the readers of MQD!

Such lovely bodies of water ~ one and all! Thanks for taking us with you to enjoy them. And I hope you got a good night's rest.