Rounding Out the Evening


Today was the first really hot day we've had in a while. I'm enjoying our cool summer immensely, and having it over 80 now didn't feel very good. So I laid low and waited for evening. I just came in from a little walk after the day started to cool down. Thought I'd find some things to picture for the blog.

The very first thing I found of interest was this bull thistle, getting ready to bloom. You can just barely see some of the purple petals breaking out of a bud in the right rear. I'd never noticed before that the buds are, at one point, quite round. They become more pear-shaped as they get ready to open. 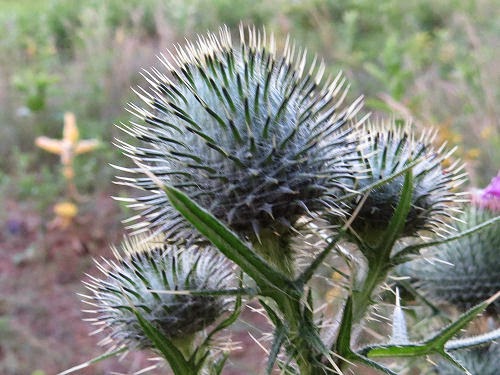 And thus was born the theme of my quest- round. I did find some round things. I've showed you all the others previously, but they are still pretty. Next up is the seed head of goatsbeard. Looks like a really big, and fluffier dandelion. 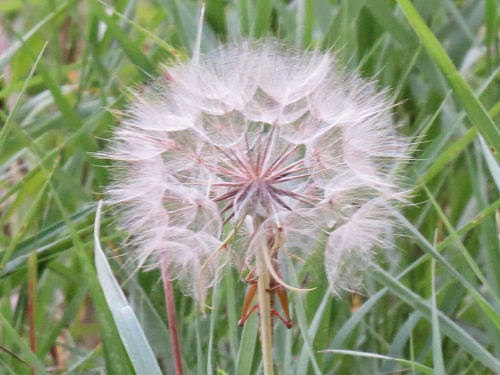 The berries of tatarian honeysuckle are luscious looking, but taste bitter, and might give you a tummy ache if you actually succeeded in eating enough of them. Honeysuckle fruits are little Siamese twins- always two stuck together. 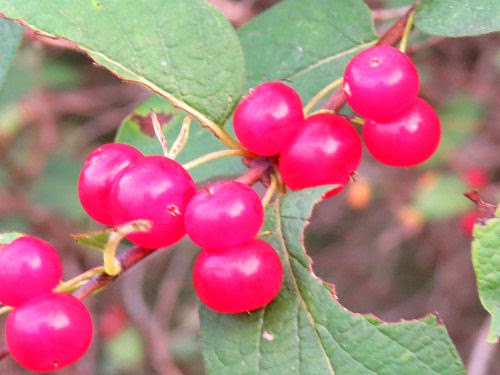 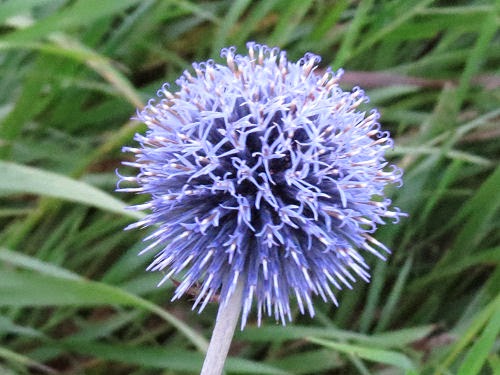 Actually, this is a good place to rant about one of my pet peeves with some kinds of test questions. My favorite example (I really saw this question) is a picture of four balls: A soccer ball, a basketball, a baseball, and a football. The question was: "Which one is different?"

I suppose the "right" answer is the football because it is not round. However. However...

So, of these pictures, which one is different, eh? The goatsbeard, because it is not a color? The berries, because they are not a flower? The globe thistle, because it is the most perfect globe? The bull thistle because it has prickles?

Well I'm going to say that if you overthink things I could be accused of not thinking things through enough because I would have just said the football because it's not round and left it at that :)
And for your pictures I would have picked the berries because they aren't a flower. I tend to go with the most obvious (or at least to me)

I have a globe thistle in my yard and for some reason, it has been drying up and dying branch by branch. Don't know what is with that.

I have enough ridiculous questions at work, I try to avoid them elsewhere in my life. I don't know about the balls. I would guess the football too. What is the answer?

Each of these beauties are perfect in their differences. Just like us. All of us. :)

Loved all the photos - is the bull thistle Cirsium vulgare? we call it spear or scots thistle.

I don't think there is a "right" answer to your question.

I took a picture of a goatsbeard when I was in Michigan. We don't have those around here.

Ann- that's what we are "supposed" to do for those.

Rose- too hard to make sets!

Chuck- I'm with you.

Catskill- really? hmmm. I guess I didn't know it till I lived in MI.