Loretta and I had a leisurely day in Ludington. We did a bunch of touristy stuff, and as a result I got updated on some things I hadn't yet seen.

For starters, I hadn't been to the local children's hands-on museum called Sand Castles since the early days when they were just getting started. All I can say is WoW! I've seen articles in the paper as they added a number of different things, and it's really an impressive destination now. I won't even try to tell you all the different kinds of play and exploration stations they have. In general, there are various rooms or divisions to play at various "roles." This is the farm room. 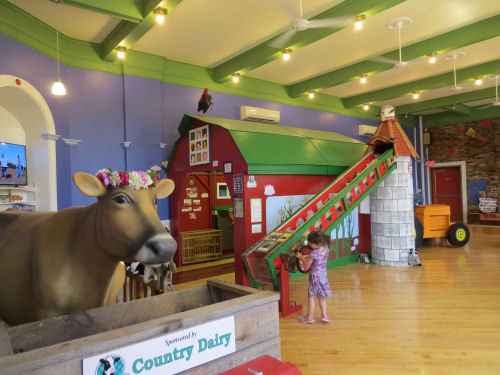 There was a grocery store, post office, doctor's office, veterinary clinic, pizza place, and bank in the "village." 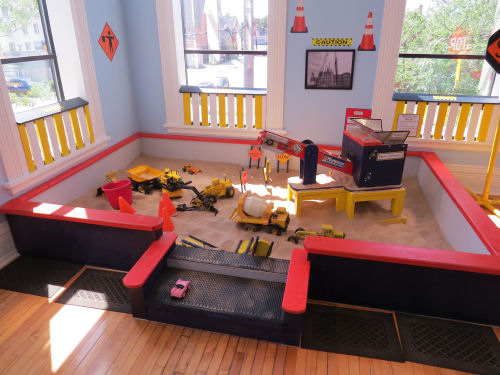 On the main floor there are trucks, ships (including the S.S. Badger, of course), cars, and a real airplane. 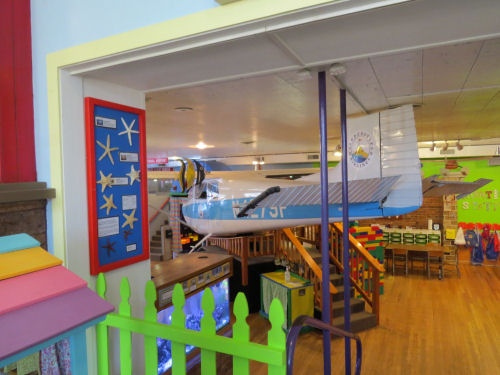 This doesn't even begin to list all the little cubbies with various things to do.

We did a lot of non-shopping. As in, we looked at a lot of stuff but didn't really buy anything. We went to the Art Center and looked at the current display.

Loretta had a gyro for lunch. She pronounced it very good. 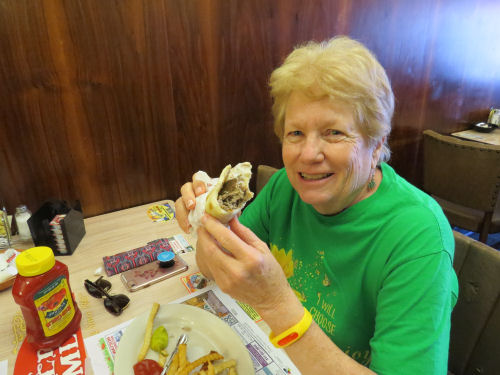 We thought we'd go to the Maritime Museum, but decided it was a little pricey. So, then we just walked around the waterfront walkway loop. I discovered there are two more sculptures that have been added to the Mason County Sculpture Trail. This one is "Sport Fishing." 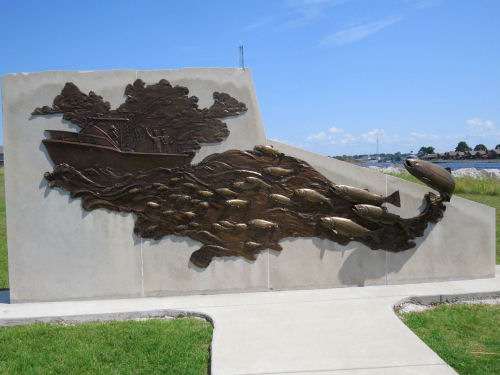 And I snapped a picture of these day lilies with alternating yellow and maroon petals. 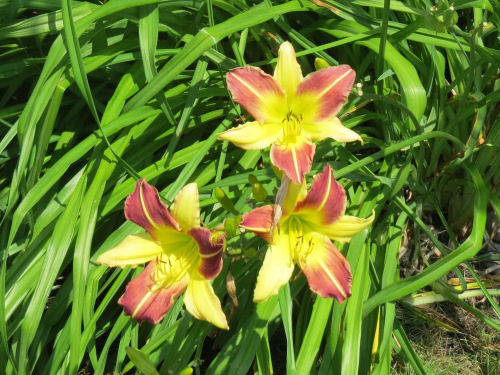 We looked at the possibility of going to a play or something similar in the area, but didn't find anything that grabbed our attention, so we are just chilling. That's OK too.

Posted by Sharkbytes at 7:51 PM

What a fun day. It looks like you could spend an entire day in that museum with all it has to do. I can't imagine trying to take kids through there and trying to keep them moving on.
That sculpture is fantastic. Very unique.