After the Artisan Fair was done for the day, Loretta and I went to the Celtic Praise concert at Waterfront Park. It was a Pure Ludington evening. Sunshine on the channel. 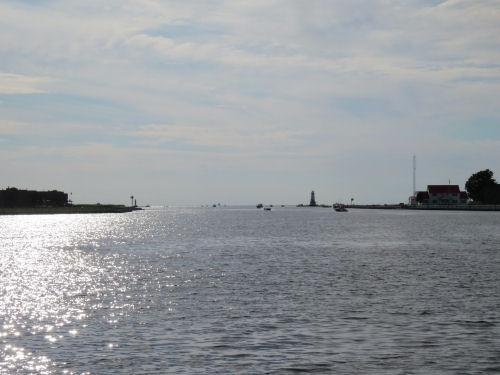 One of my favorite of the sculptures on the Sculpture Trail. 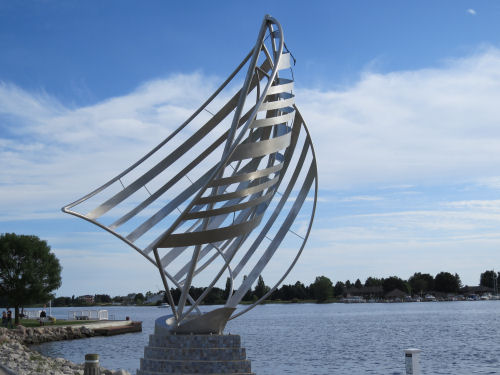 A good sized crowd for the concert. I think about 500 people. 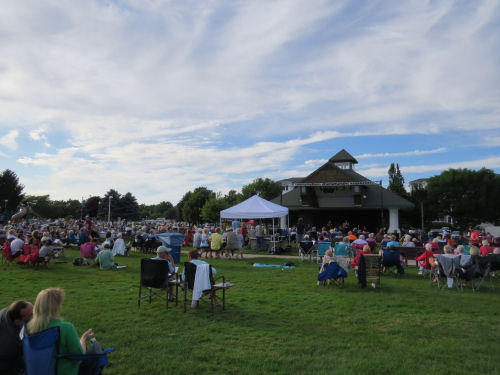 The group was called Zach and Maggie, from Nashville. 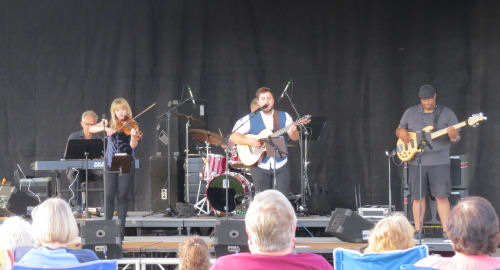 I was prepared for it to be too loud for me, and it was borderline, but mostly it didn't hurt my ears. And the music was great. They did a few new songs, but a lot of it was older songs with very upbeat Celtic accompaniment. And they handed out songsheets and encouraged us to sing along. It really was quite wonderful. 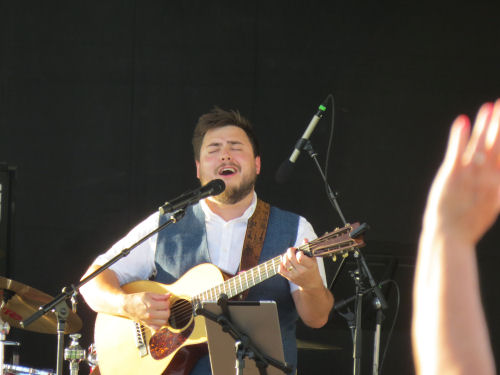 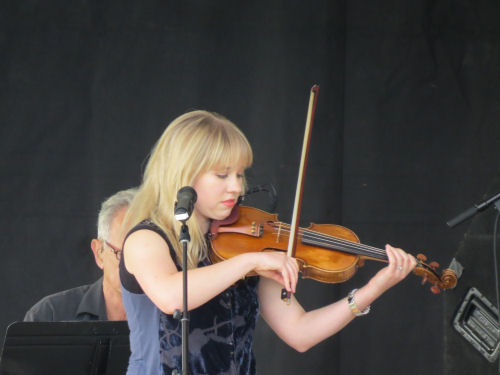 And, as I've mentioned, it's pure Ludington. While the concert was going on the Badger came in to port. 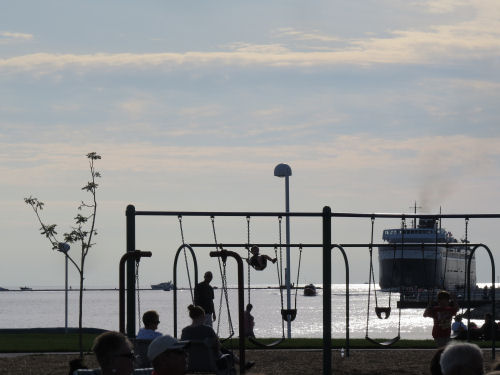 You can begin to sense the size as it comes down the channel behind the park. 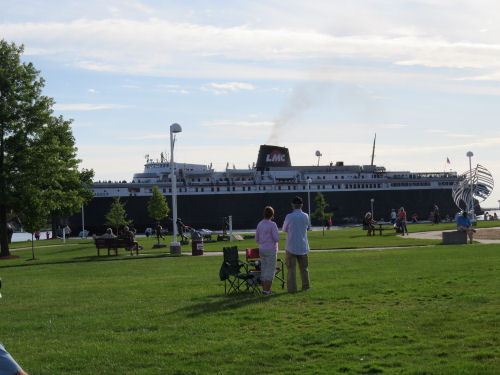 And then it has to turn around and back into the dock. There it is (the one that's steamed up), in front of its sister ship, the Spartan. 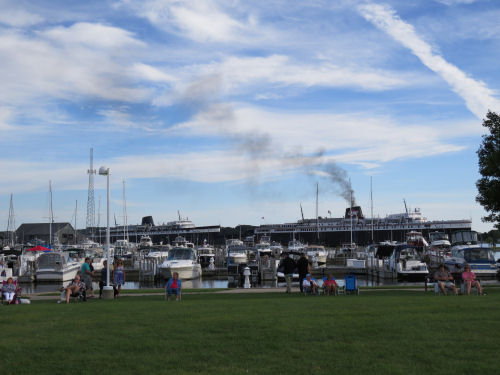 Long day, but all good. The weather was about as perfect as you can get. I had really good sales and saw some people I haven't seen in years. I'll be back at it tomorrow.