Up, down, up. That was today on the Bristol Branch. First we climbed 1000 feet up Wood Hill. Most of it was on the abandoned road that we couldn't drive yesterday (turns out we could have driven some of it). It was a little steeper than we had in mind, but not terrible. Then we headed into the woods on single-track trail. 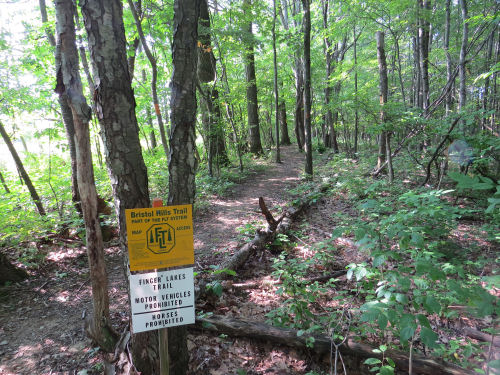 This tree attracted our attention, with the interesting bark pattern around the dead limbs. 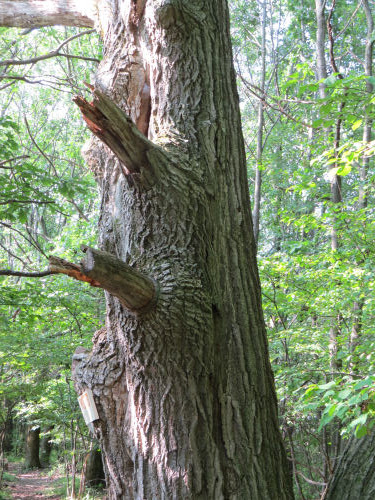 From the top of Wood Hill we could look down on County Rd 18 at the junction where County Rd 34 goes off and angles up the far hill to the left. We had just driven up that road to spot the second car, and we recognized it. 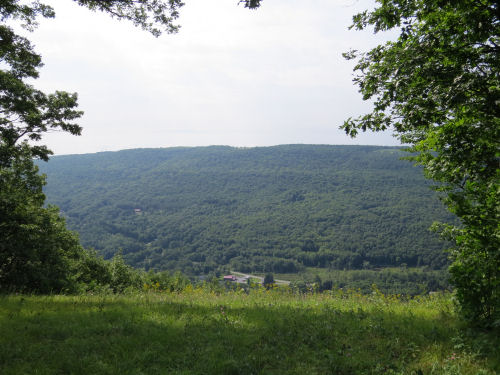 We began descending again. Saw these fresh chicken mushrooms on the way. 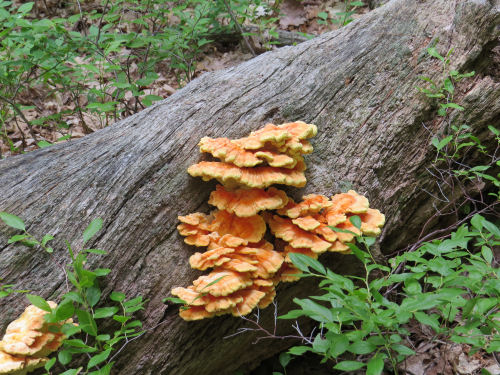 We stopped for a break on a log, and read some of the description on the back of the map. It said to pay attention to the markings in that area because the landowner had created trails of his own with yellow, red, or blue blazes. The red was very similar to the orange of the Bristol Branch Trail. Actually, our trail was marked with two shades of orange. One is a great, easy-to-see, Halloween orange. The other is a darkish red-orange. So the map said to watch for Finger Lakes Trail round disks, to be sure we were on the right trail. When we started up again, none of the next five blazes was a disk, or the bright orange, so we walked back to the last disk, and verified we were on the right trail. It really wasn't a very long project, but it was a litte adventure.

The trail dropped back down 1000 feet. This grade was a lot steeper. Although going down that steeply isn't too much fun either, we were glad we weren't climbing that side. When we got down to County Rd 18, we could see Italy Hill across the road, our next goal. 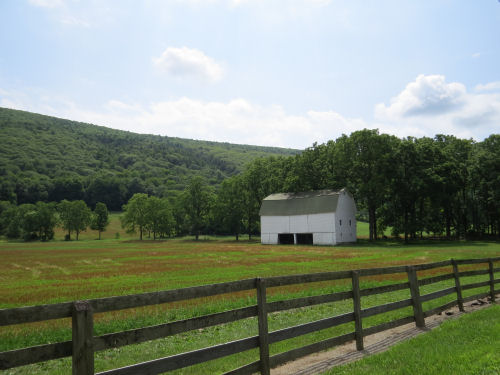 This climb was 1000 feet again, but it was very gradual, and we decided to try to make it to the shelter at the top for lunch, even though it was going to be a 2 mile climb. 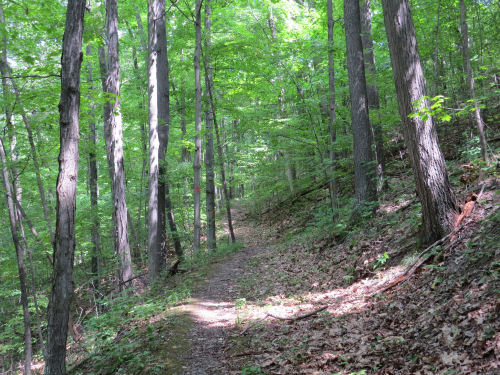 We made it! This is the cute, rather new, Outback Inn Shelter. 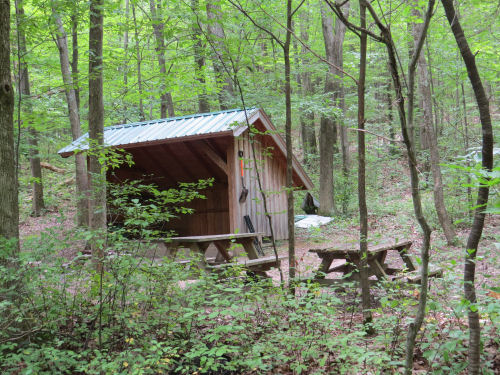 Three miles to go after lunch. Saw this active wasp nest, but we didn't have to pass close enough to be worried. 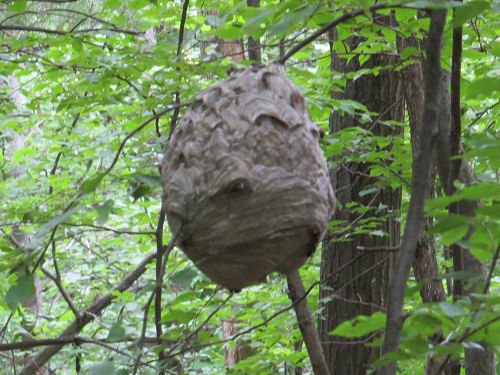 We reached the car just as the rain was starting. It wasn't very heavy, but we were thankful to not get wet. Total for the day was 9 miles.

On the way back we stopped to see if we could see the cut in the trees above the road junction where we had looked down from on Wood Hill. Yup! It's easily visible as a notch in the trees on the hill. 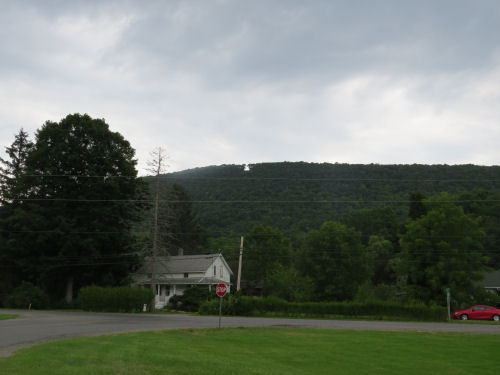 Tomorrow, we mostly stay up on Italy Hill- along the top of the ridge we saw from the overlook. We won't complain about less topography.

However, yesterday we played tag with a backpacker in the afternoon, and talked with him several times. He was really complaining about the big uphill. Then he complained about the hot downhill on the road. I find this confusing. Who goes hiking in western NY and thinks they won't encounter hills? You can't really even stand still and not see hills. We like to think of them more as a challenge. Sure we get hot and tired, but it's all part of the package. If that's not what you want, you probably shouldn't hike here.

Anyway... we are planning for another 9 miles tomorrow.
Posted by Sharkbytes at 9:49 PM

That bark pattern is interesting. The wasp nest is huge, glad you didn't have to get too close. That is such a beautiful area.

Western NY is beautiful! I have done part of the Finger Lake/North Country trail when I lived in Ellicottville (30 years ago)