Today, we went over East Hill, not surprisingly east of Canandaigua Lake (at the south end). Right out of the box we climbed 1100 feet. However, the trail is well-designed and built, so that except for a few places we were able to keep walking along and did not have to struggle and rest and feel like dying. Well-designed trails are also easier to maintain. Big kudos to the Finger Lakes Trail work crews. 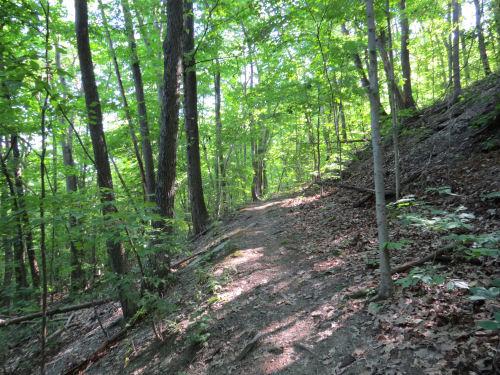 Near the top we stopped for a break at this small wildlife pond. The entire area is in the High-Tor Wildlife Management Area. The bench on the far side (where we rested) is in memory of Howard Beye. He was a volunteer for many, many years. He did so much work in so many different categories that it literally took five people to replace him. 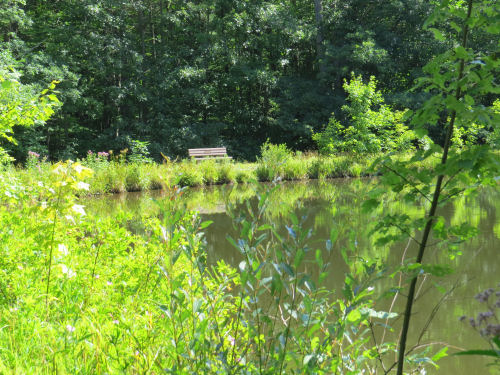 Across the pond three painted turtles seemed to be having an intense conversation. 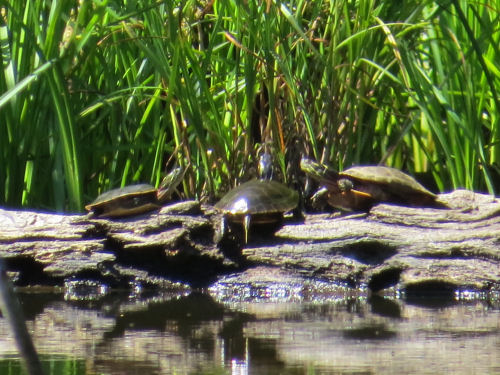 After that we mostly went downhill for the rest of the day, dropping 500 feet, except for a short gentle climb along a deep gorge. Pictures didn't really show what it was like. This beautiful garter snake was totally unconcerned. I had flipped a stick out of the trail in his direction, and he didn't even move. 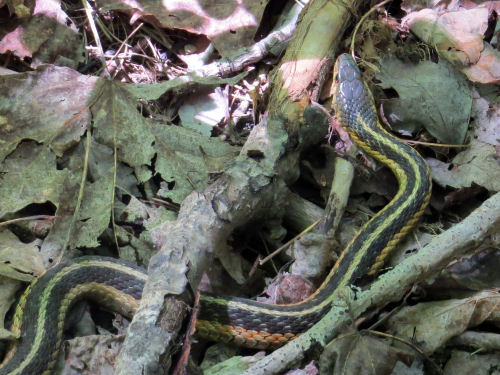 The final two miles were on roads. Things twist around so much it's hard to be absolutely certain, but I think this hill is the south end of East Hill, the one we had just passed over. 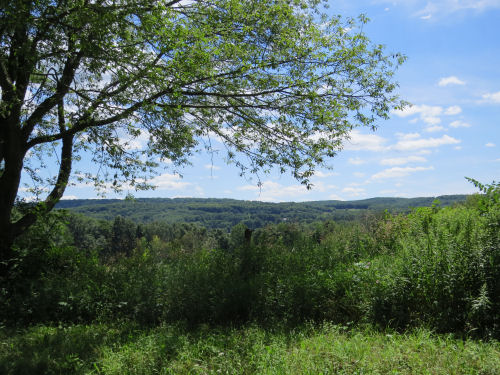 The sheep were curious as we passed. 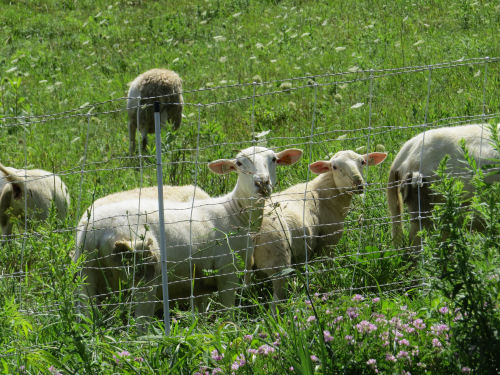 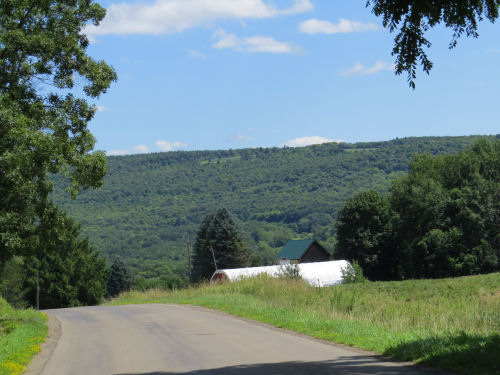 We had hoped to do 10 miles, but the road where we wanted to put the car is no longer open to vehicles. That will make a nice walk, but it forced us to shorten the hike to 7.6 miles. No problem! We drove around and got some views of beautiful Canangaigua Lake, which is not really visible from the trail. The hill across the water is called Bare Hill. 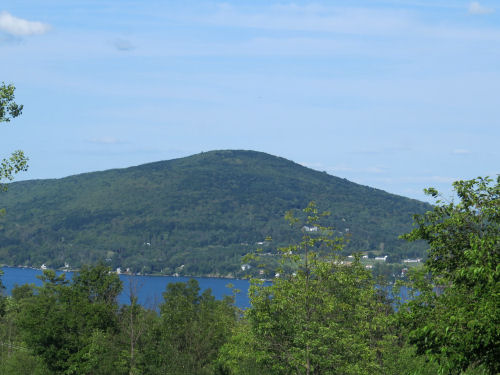 Got back "home" in time to fix spaghetti for supper and then watch the 2020 North Country Trail Association award ceremony via Zoom, since the conference had to be cancelled. Great day! Perfect weather again.
Posted by Sharkbytes at 9:00 PM