We visited Ganondagan again, Marie hadn't seen it before, and Ruth met us and acted as guide. I was there one other time, in the winter, with Ruth and Dan. In the summer, the museum is open. Ganondagan is a state historic site, and arts and cultural center for the Seneca Nation. They also have an extensive trail network.

This is a reproduction of the wampum belt which depicted the five nations of the Iroquois confederacy. Left to right the symbols stand for the Senecas, Cayugas, Onondagas (keepers of the central fire), Oneidas and Mohawks. 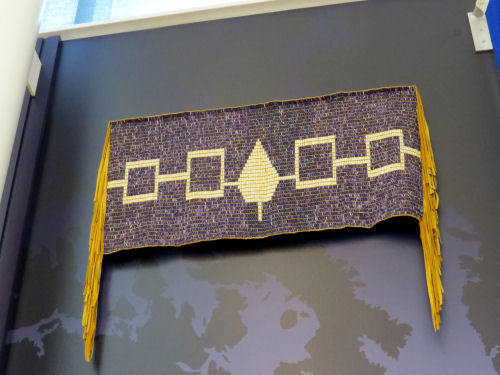 We hiked from the museum to the top of the Fort Hill where the corn granary was located when the Senecas lived here. Nice view. About 3 miles round trip. 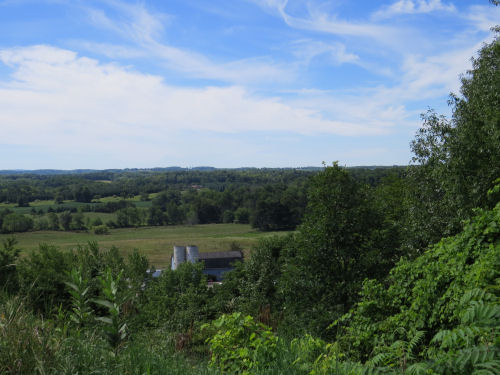 What is Ruth looking at? 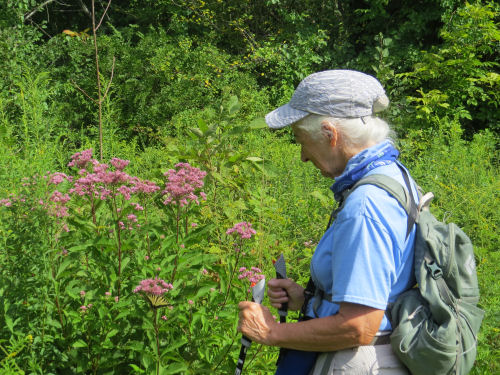 It's a Tiger Swallowtail on Joe Pye Weed. 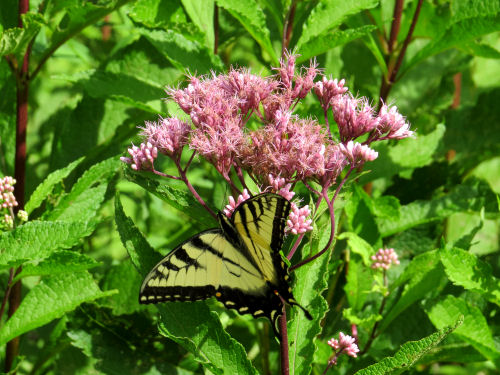 They also have a full size reproduction of a bark house which would have been occupied by about 40 people of the same clan. Here's the interior. The lower shelf was used for sleeping, and the upper one for storage. 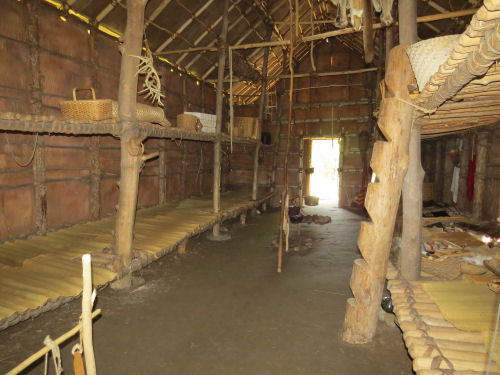 I love all the interpretive signs. Some are history, and some are "ethnobotanical" like this one, with the symbol for a plant, the Seneca word, and then why it was important. This one is White Pine. 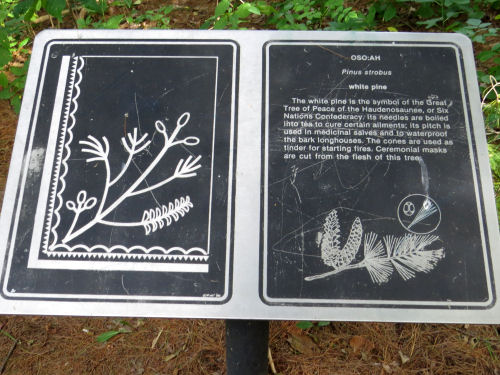 We only hiked about 3 miles, but looked at the signs, and then Marie and I stayed longer and went through the museum. Did some grocery shopping and then came "home" and played our game. Nice day.

That looks like a really interesting place to visit.