Three Waterfalls and a Nod to the Past

Marie and I did a little more hiking today. We went to Montour Falls and did the loop trail there. Listed as 5 miles, but with spurs to visit the waterfalls and a couple of other places of interest we figure we did at least 6. The first little side walk was to visit Deckertown Creek Falls. It was a pretty little double drop in the woods. 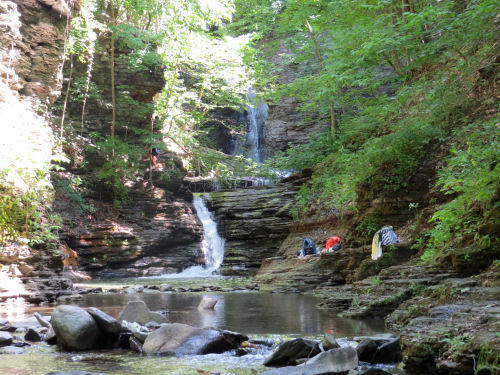 Farther down the same side of the loop was Havana Glen Falls. An earlier name for the village of Montour Falls was Havana. Thus the name. There was a trail we could have followed to go along the creek beyond the falls, but we didn't really have time to dilly-dally. 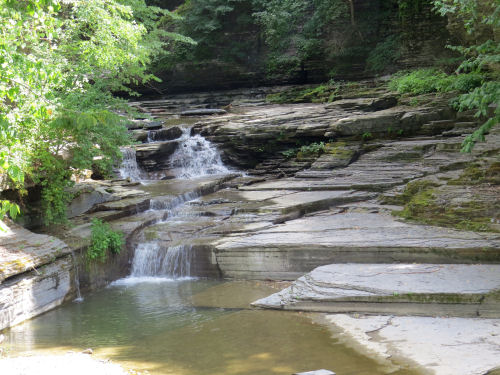 When we started back up the other side of the loop, we were on a rail trail. There was a funny little jog near the middle. We found it with no difficulty, but the problem was that there were multiple choices of paths. There were signs that you could dial in with a cell phone to a certain number and hear a recorded tour. We tried it, and only got a busy signal. There was a web site with the same info. We could not get it to come up either. Bummer, because we would have liked to know more. One of the things on the side trail was to this memorial to Queen Catharine who was a Seneca Indian matriarch. Where the village of Montour Falls now stands was once Catharine's Town. This was a star-shaped mound with one monument in Seneca, and another that said "In memory of Queen Catharine Montour of the Senecas, born about 1710, died Feb 20, 1804." 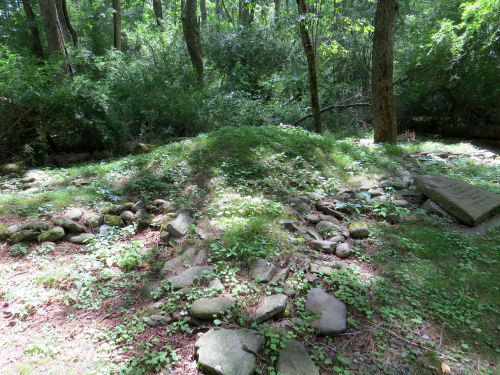 We wandered on many of the pathways and found some other things of interest, but could not get the interpretive info. Tried the web site at home, and it's defunct too. Too bad. Final stop was at Montour Falls, also called She-Qua-Ga, "tumbling waters." This is one of the large falls I remember visiting as a child. 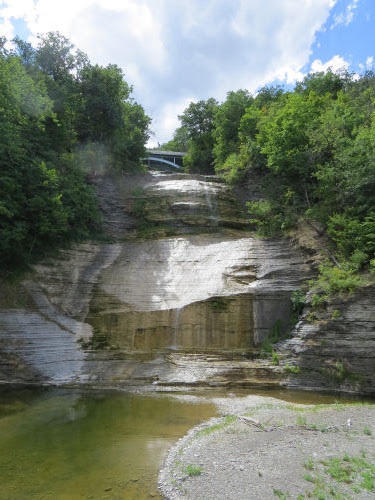 We knew we were really warm. We found out why when we hiked through downtown to complete the loop and get back to the car. 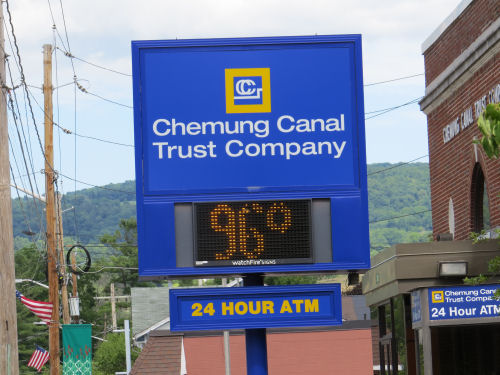 One other project of the day was to finish cleaning the headstones of my Mom, Dad, Grandfather and Grandmother. I guess that's the least I can do once every 25 years, eh? 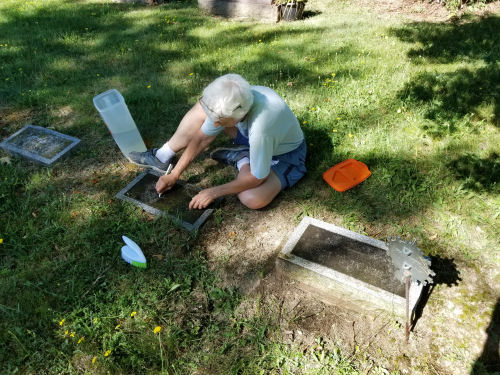 Here is Mom's after cleaning, with her DAR marker. 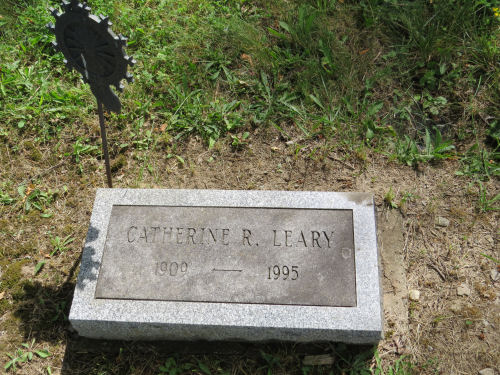 We spent the evening with Dick and Darla. Lots of fun. They made bar-b-que chicken and 4-bean salad. Really good. We shared pictures. It turns out that I was in an accordion recital with Darla in 1955. We have no memory of meeting, but it's pretty funny because this means that I sort of knew her before she even knew Dick! An awesome day. (And we did a couple of other things there is no room for in this post. I may share at a later date.)
Posted by Sharkbytes at 10:24 PM

What a beautiful area.
That headstone cleaned up nicely