I had to get about 3/4 of the way through the Forensic Botany book before I got to new-to-me material. The science of palynology is the study of pollen and spores. It can also include other microscopic plant parts. 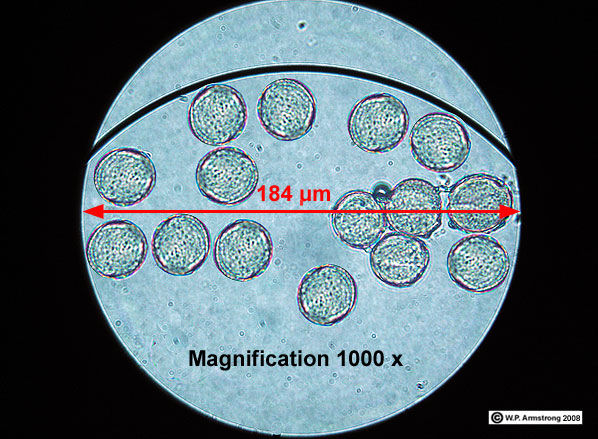 Here are several kinds of pollen under a Scanning Electron Microscope (SEM). This is much more interesting, but not everyone has a spare SEM in their back bedroom. I don't even have that good of a light microscope. I can go up to 400x. 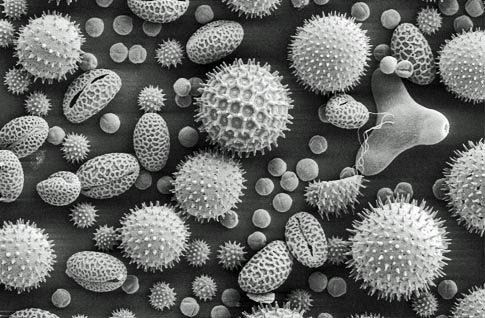 Pollen has a super-tough outer shell, and an inner wall which contains two cells- the male gamete (a sperm cell- yes like a tiny polliwog just like in animals), and another cell that grows into a tube. When the pollen comes to rest on the female stigma of a plant the tube grows and the sperm swims down it to fertilize the egg.

Spores, on the other hand, are quite different. Here are some spores under a light microscope, but they don't really look too much different from a pollen- not all pollen is round. This could be tough. It's hard to get a high enough resolution. And both spores and pollen tend to be dessicated when you collect them in the wild, so they have to be washed in alcohol to remove a natural waxy coating, and then treated to make them plump up like a raisin. 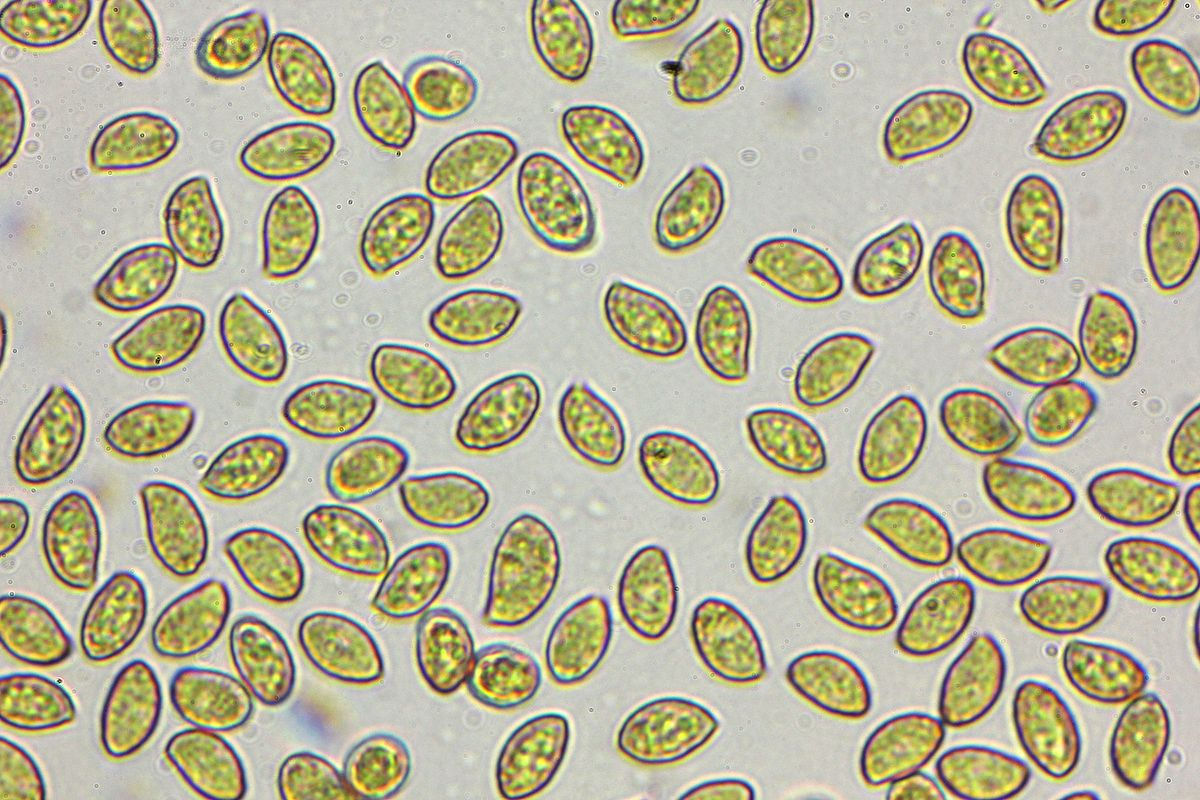 Under the SEM, you can tell more about the shapes of the spores. There are only a couple of basic shapes. The upper picture is a kind of spore that has been packed side by side with its neighbors, giving it a folded, bean-like shape. The lower picture shows a kind that were packed together tetrahedronally (like a pyramid). You can see that they retain the shape of those close quarters. 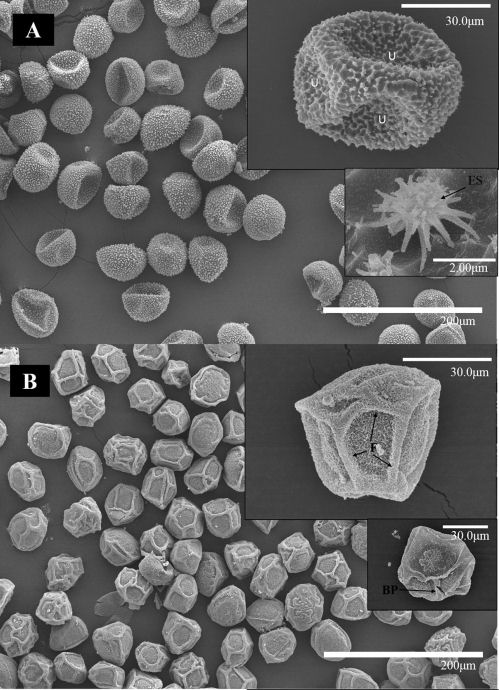 Spores don't behave much like pollen, except that they both result in a new generation of plant. A spore will grow into a little triangular leaf when it is given the right temperature and moisture. This is called a prothallus and it's actually more of an adult plant than the thing we call a fern, because it has both male and female parts like trees and flowers and grasses do.

The surface of the prothallus (pre-leaf, literally) will grow tiny root hairs, and two kinds of structures, each with half of the chromosomes (analogous to sperm and eggs). The sperm (sometimes cute little curliqueus) then swim from the antheridia to the archegonia, and fertilize the egg. Then it grows into what we recognize as a fern.

Would I know enough to recognize kinds of pollen or kinds of spores out of the context of the parent plant? Absolutely not. But there are whole image libraries dedicated to providing this information. A lot of times, the exact species cannot be determined with visual comparison anyway, but a family or genus might be identified. Actually, sometimes even plant DNA testing can not get closer than a genus. At least at the current state of the technology.

So, the quality in today is that I learned a whole lot.

In other news: I did a bunch of accounting stuff.

Posted by Sharkbytes at 7:45 PM

Email ThisBlogThis!Share to TwitterShare to FacebookShare to Pinterest
Labels: botany, learn something new

Count my day not wasted. I always say a day in which I don't learn something new is a wasted day.