If you've been a reader for a while, you know that I'm quite the traveler. I've been to Italy, and recently found Hollywood.

But, today, I got to go to somewhere I had never been before. Yes, I went to Paris! 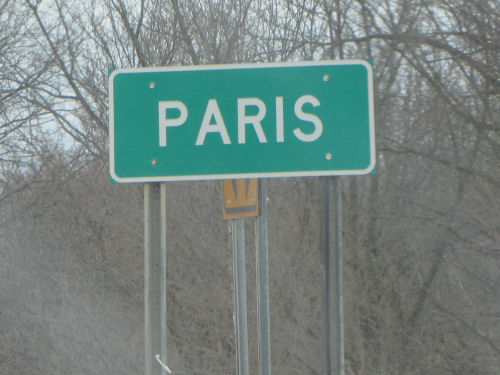 I did it all this afternoon! I have superpowers! I speed faster than the Concorde! I am amazing! Oh, ok... I only went to Paris, Michigan. It's really very cute. 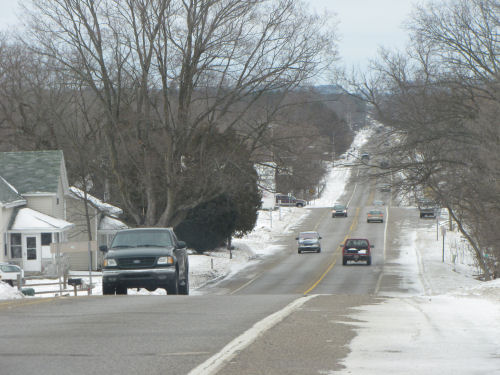 That's it... It sits in the valley of Paris Creek trying to hang on to an identity in the face of a railroad's demise and the building of an expressway that bypasses it. The township hall sign says "Green Charter Township," which means it was the first township to be incorporated in Mecosta County. The largest city is Big Rapids, and that township (Leonard) was apparently organized at about the same time, but Green Township was the first to be approved. Interestingly, the name was originally Parish, for founder John Parish, but was soon corrupted to Paris. How's that for a comedown (or up?).

The most interesting thing to me was Paris Creek, a rather large creek at this point. 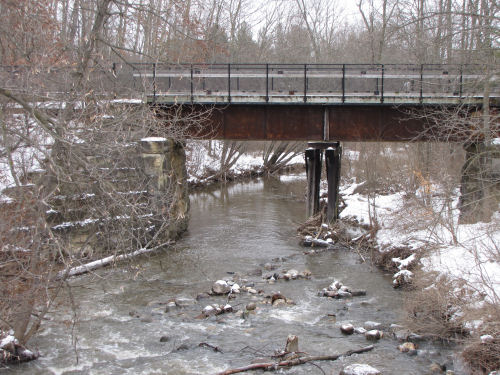 This is pretty much at the mouth of the creek. Just beyond the bend, beyond the bridge, it enters the Muskegon River. And the bridge? It's the old Grand Rapids & Indiana RR line. Now, it's the White Pine Rail Trail, which is the same one that Om and I have ridden sections of. If we keep working our way south from Leroy, where we ended our last ride, we'll get here eventually!

Michigan (any state) has interesting place names. Of course, in Michigan you can visit both Paradise and Hell. The Yoopers (residents of the Upper Peninsula) like to point out that Paradise is there, and Hell is... well... in the Lower Peninsula. I've been to both. I've actually been to Hell more often. Is there a message in that?

Michigan seems to be a great one for place names, lol... How easy for you to say stuff like "I'm off to Paris", hee

Well lucky you a trip to Paris :) Pennsylvania has some odd city names but I don't believe there's a hell here at least not officially named