Next up in the American Institute of Floral Design exhibit of the four seasons is summer.

"A Time of Celebrating and Playing. Summer lush and green everywhere the eye can see, think lazy days and sunshine."

Whenever there is more than one of something, there is going to be a gradient of quality. I think the summer display was the weakest of the four seasons, but it wasn't shabby.

The view of Summer from a distance was also less impressive, maybe because the central construction didn't seem to pull the roof and the base together very well. I'm not sure if it was supposed to represent the trunk of a tree, or what. Looking at the pictures now, I think it was supposed to be a tree, and the upper layer was the leafy canopy. 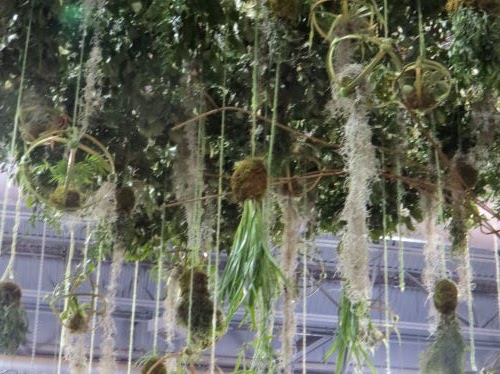 Some of the hanging parts of the canopy seem to be moss, and some were little planters. 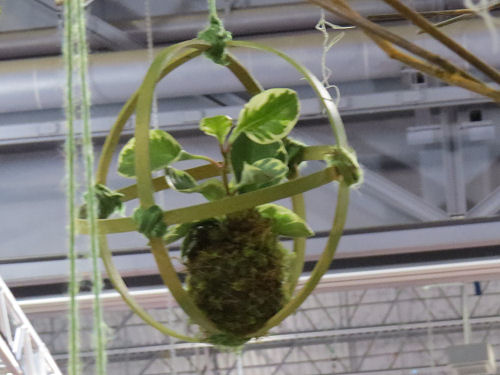 At the base was a design in summer colors. 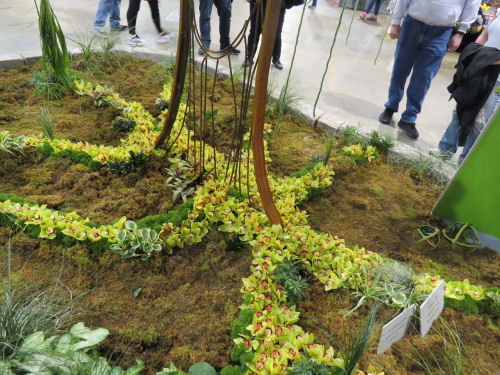 This was quite pretty, although you had to get close to really see that it was orchids and tropical foliage. 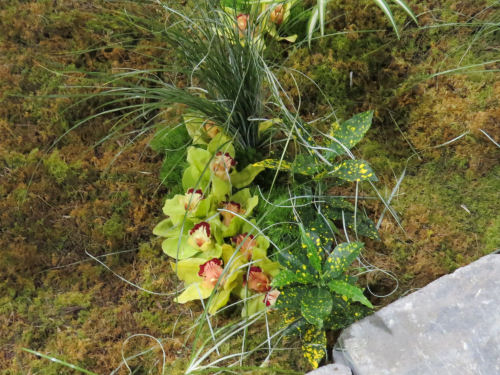 These displays had to cost a small fortune in plant material. But, this is the Philadelphia Flower Show, which has been described as the "Event of the Universe." Stay tuned for autumn, which I think was the best of the four.

In other news: It's STILL wintry here. Bummer. I wrote in the morning, and worked on sorting and cleaning in the afternoon. Such a pain!

I would have to say that in comparison to the spring display, this one is lacking.