It's still cold, windy and miserable outside. My big sorting project continues, but I was up against a major sub-project.

I still had the CPU from one computer and the monitor from another. Have wanted to get them hooked up to see if it would all boot up. We are talking quite a few years since I've used any of this equipment, eh? It works! 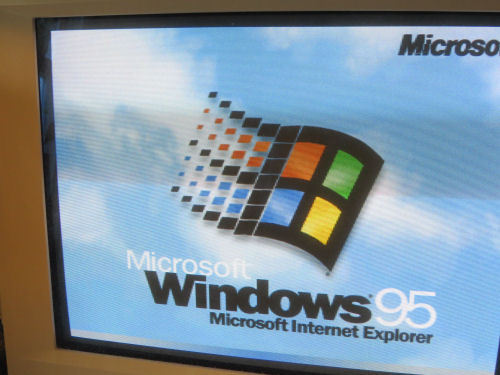 The goal was to go through this drawer of floppy disks. I had been working on making sure there wasn't anything critical on them way back when, and transferring anything I wanted to save. But I knew I'd never finished. And finding a computer that can still read floppies isn't all that easy anymore. 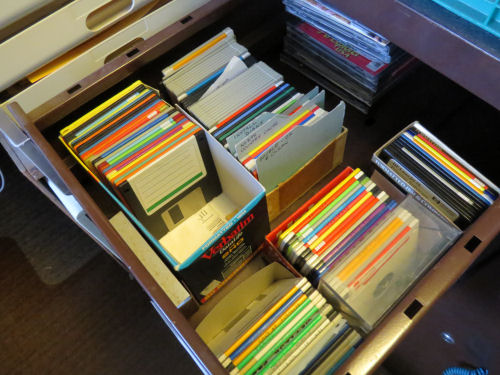 Here's where I am on the project as of now. I'm getting there. The only way to transfer from that computer to anything more up to date is to burn the files to a CD. Probably something else could be cobbled up, but I don't want to invest any more time or money into it all. 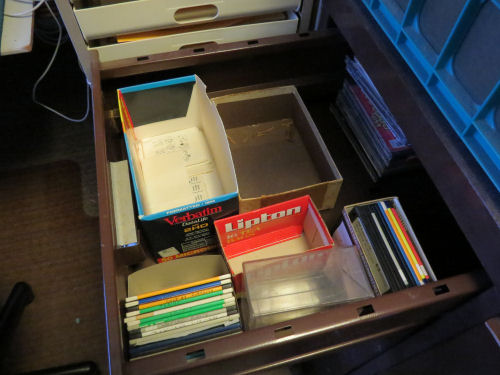 Then the big question is going to be... get rid of this computer or keep it? Two reasons to keep... I can actually read floppy disks with it, and you know I like to be prepared for all eventualities. The bigger issue is... my favorite pinball game with four different tables, Extreme Pinball, won't play on anything newer than Windows 98. Do I keep this monster just for the fun of playing this game occasionally? Hmmm. It was really the best pinball game out there at the time. Various sites claim you can play it online, but they all look rather iffy. The actual graphics are much nicer than in this fuzzy photo of an old monitor screen. 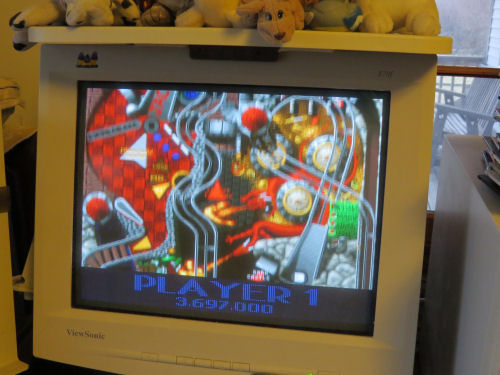 In other news: I "finished" that chapter of NCQ again this morning, and now have thought of two more things that have to go in it. Went to the store. Worked on this mess. I've pretty much trashed the house. Did wash the dishes and clean up the trailer window mess in the kitchen. Can't really continue that project inside. It involves too much stinky solvent.

Floppy discs and windows 95. There's a blast from the past