Well, it was a pretty sure thing I'd show this, since it's what we're all dealing with on this Palm Sunday. It's very pretty, and it should melt tomorrow, but still... not my favorite thing mid-April. 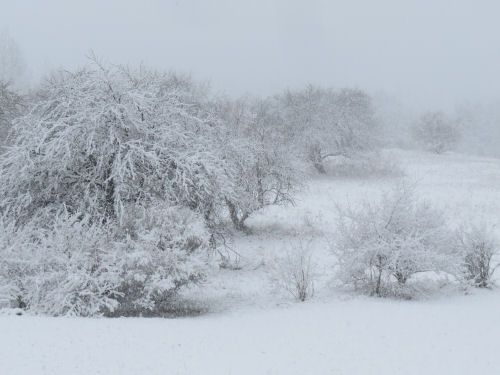 I'm continuing to sort out stuff from the old computer... Getting rid of all the software that no longer runs on anything. I have gotten sidetracked. There is one other pinball game, one with a story line, that I'd like to play one more time before giving all this up. I've now spent way too much time fooling with that. Some of the tables are easy, but of course right now I'm stuck on one that is not. It's one of the Sierra Games Pinball. This one is called Lost Continent. The "action" of the flippers isn't as smooth as Extreme Pinball, but it's fun because of the story. We'll see if I get too frustrated with it before I finish the game. I've played through to the end a couple of times in the past. 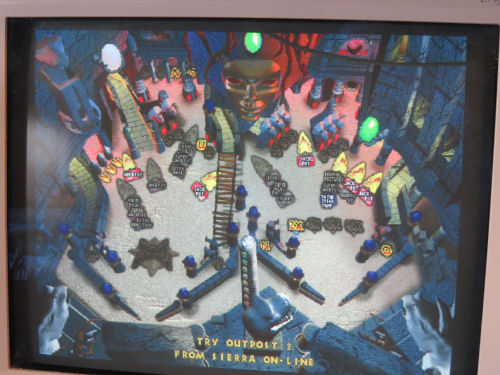 Then again, if I keep this old computer, I won't have to say goodbye to these games. But it takes up a lot of room, and I'm not sure I need to play that many games.

Not much else to say. I think, once again, I've finished "A Prairie Kind of Beauty."

Oh wow, you really got blasted with the snow. Were getting rain now with thunder and lightening

Sunday was a nasty day for driving or even walking across a parking lot. Monday sun is quickly clearing our driveway.