Wildlife of the Day


Some nice wildlife encounters today, although the best one is also the saddest. We were helping to clean out the Shagway barn to get ready for the season, and we came across this Little Brown Bat. They really aren't scary, and they are fascinating. 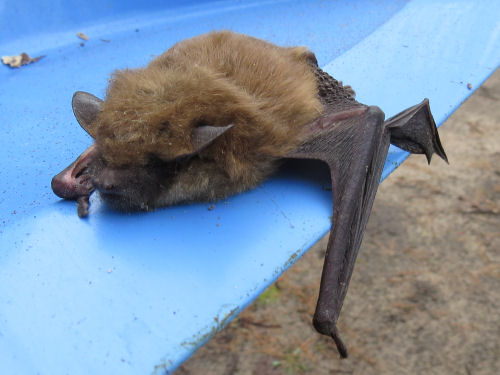 I'm very sad to tell you that his right wing was badly broken (I don't know if we injured him before we knew he was there. I hope not, but it's possible, although the injury didn't look brand new). But before you say goodbye, look at those adorable little feet. I HATE to have to do stuff like this, but there was no way he was going to survive. I dispatched him as quickly as possible. 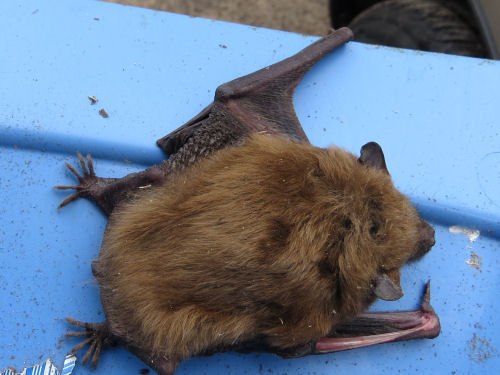 The turkey vultures were having a feast. Apparently the dead whatever was at its most delectable stage of decomp. 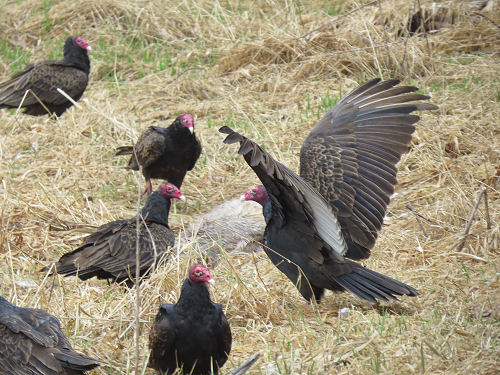 You can really see their naked heads. 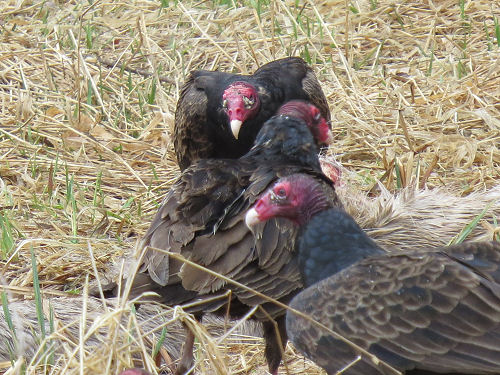 Immediately after that, I saw the turkey. In fact, this is the best picture I've gotten to date of a wild turkey with its tail spread. I could wish there was not a telephone pole in the background, but that's where he was... 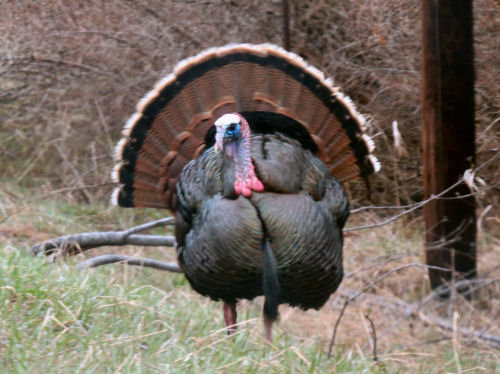 Also interesting was the way in which he hustled across the road. 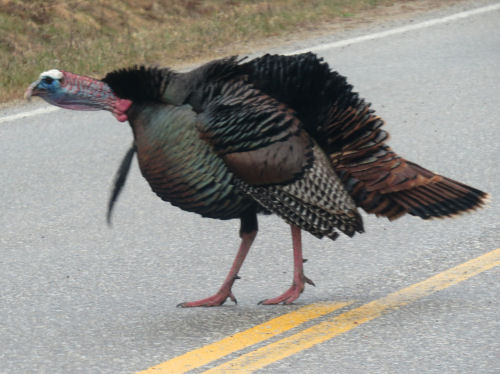 The weather didn't cooperate. It rained until mid-afternoon, so the day wasn't the marathon of accomplishment I was hoping for. I wrote in the morning, then worked at Shagway, did a couple of errands and then read until bell practice.

Too bad about the bat.
I have to say that turkey vultures are quite possibly the most ugly bird I've ever seen.

I'm sorry that you don't have a bat rescue person/place to have helped that little guy. I make fleece vines for the Bat Sanctuary in Texas...so it hurts my heart to hear about this loss.

Charlee: "We're sorry to hear about the little brown bat. I know that would have upset Dada, too."
Chaplin: "I didn't realize you have all those dinosaur type things around your house."
Charlee: "Didn't you read the story, Chaplin? They're not dinosaurs, they're turkey vultures and turkeys."
Chaplin: "Right, like I said. Dinosaurs."