Take the Adventure You are Given


Today was wonderful but it wasn't exactly the adventure I had planned. But it turned out fine. I wanted to walk all 14.6 miles of the loop Wakazoo Trail in the Allegan State Game Area. I had monitored the snow cover on two websites with that information, and the general weather for over a week. It was looking good. There was supposed to be a trace to 1" of snow on the ground. Ha!

Then, it took me a lot longer to get there from Ester's than I thought. I needed all the daylight I could have to do that many miles. But it didn't matter anyway, because there was way too much snow and ice to try to do the whole loop. I considered breaking it up at a campground that is open all year, but wasn't even sure I could do 10 miles.

So, I stopped at the DNR office for more maps, and found out they have other trails as well, so I devised plan B. First I did the south leg of the Swan Creek Loop trail, which was gorgeous. You can see Swan Creek Pond through these big hemlocks. Yellow spot on the tree is a trail marker. Messy but plenty of them. 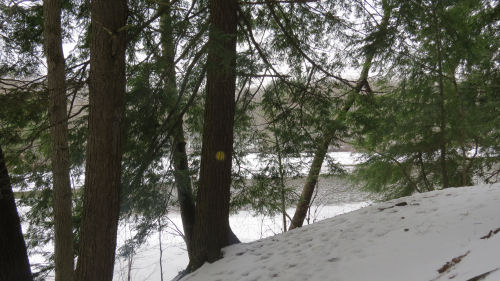 It was also pretty difficult walking where the trail was a narrow shelf at the edge of the hill that dropped down to Swan Creek Pond or the creek. I needed to take some of that quite slowly because it was treacherous. The first half of this loop is also part of the Wakazoo Loop.

Here's the south end of the Pond where it begins to back up into the creek. 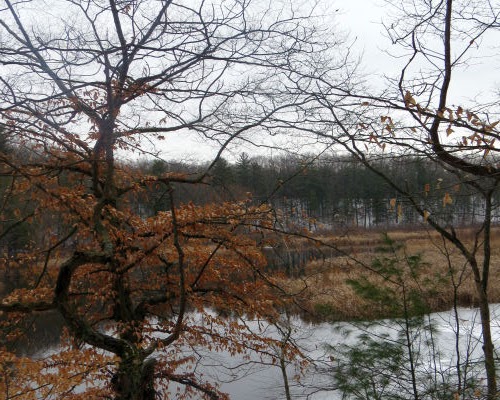 Some swans and geese. 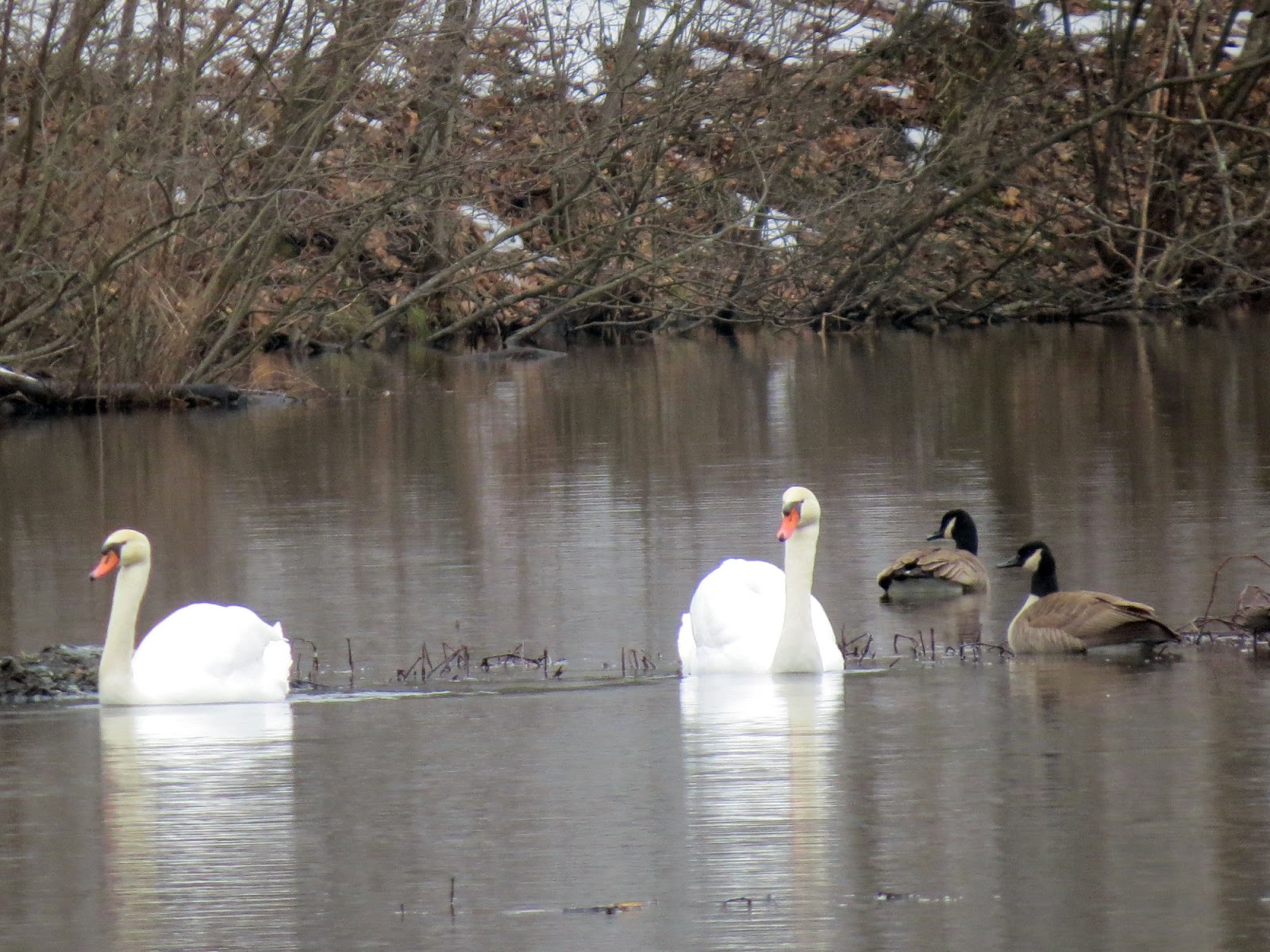 The east side of the loop doesn't have as many nice views of the water, but it was pretty woods trail. To close this loop at the north end you walk back across the bridge where you get a nice open view of the pond. 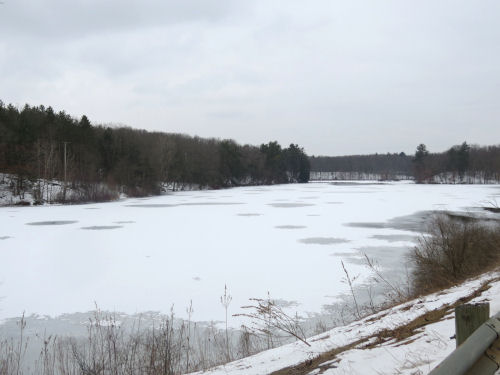 Here were the conditions. In a few places it was pretty clear and walking was easy 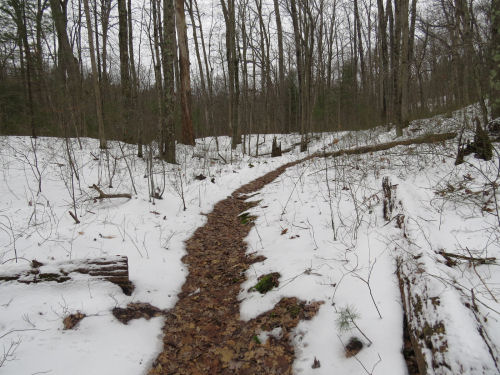 In most places it was icy lumpy frozen footprints and the walking was tough. No complaints, it's just the way it was. 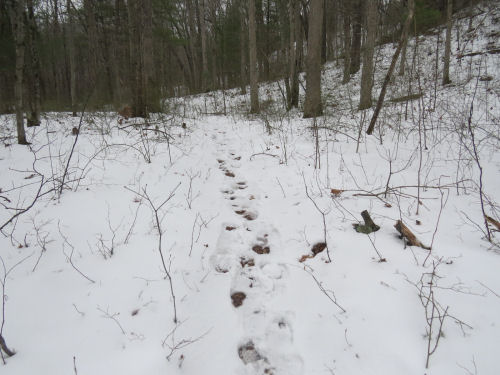 After I did this, I went to the west side and did some of the Wakazoo loop there. I'll show you that tomorrow. All in all, I hiked about 8 miles. I probably could have done the whole loop today and tomorrow by breaking it up at the campground, but everywhere I looked at trailheads, the walking was tough. So I decided not to chance it. That's OK, I had a great time.

Tomorrow I'll show you some more pictures from the hike. I'll be writing about this area in my newspaper column this week.

Well, I'm living the adventure I was given!

I imagine that walking on those frozen footprints can get tough on the legs after a while. Looks like a nice area