I promised more pictures from yesterday, and here you are. After I did the beautiful walk beside Swan Creek, I went to the west side of Allegan State Game Area and did a piece of the Wakazoo Trail there. It was much more level, and also more clear. This is why I concluded after the fact that I probably could have done the loop in two days. 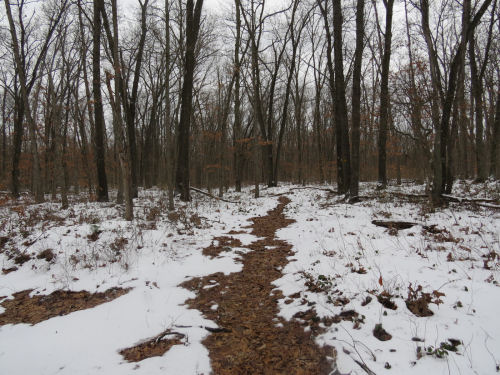 I was planning to go as far as the campground, but came to this section where the trail was completely flooded. I'm sure I could have found a way around it if I had to. But I didn't have to, so I turned around and went the other way for a distance. 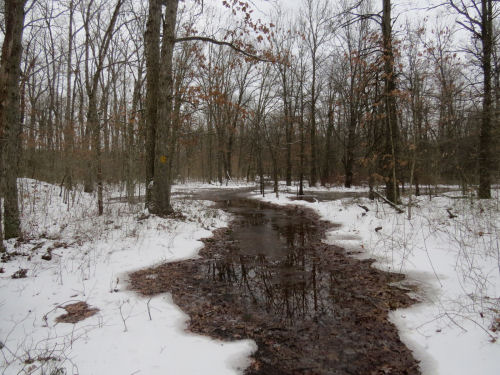 Here's a rough map of where the Wakazoo Trail goes in red. It's not laid over the base layer precisely, but it's close. And I'm confused as to where the trail leaves the southeast corner, going west. The map shows it south of 116th Ave, but there was a trail going west that is north of 116th. Since all their trails are blazed with yellow splotches, I'd need to do more exploring on the ground to be sure of where to go. That may have been a ski trail, although their info says ski trails are marked in blue. 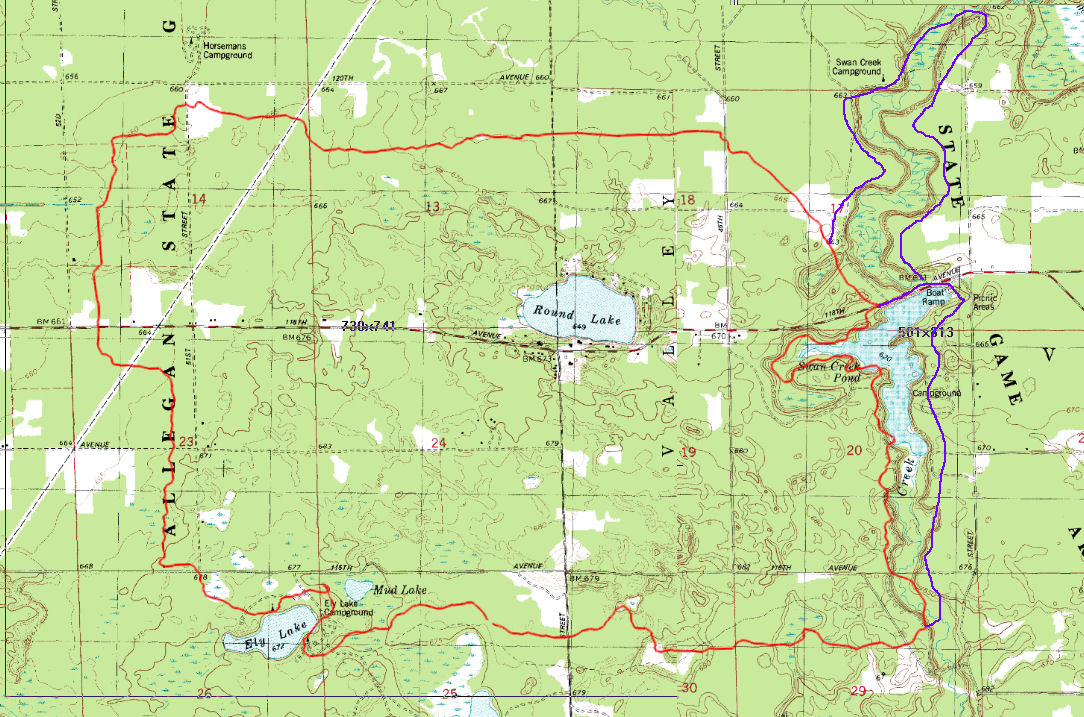 Nevertheless, this is certainly a place I want to come hike in nicer weather. With the purple Swan Creek Trails, and ~10 miles of ski trails that can probably be hiked in the summer as well, you could easily spend two or three days here hiking and camping. There are also equestrian trails, but they probably don't want hikers on those since horses can get spooked. I couldn't get a map of those.

It is a State Game Area so dispersed camping is only allowed from Sept 10 to May 15, and with a permit. However, there are several inexpensive campgrounds for summer use. Ely Lake is rustic and open all year- latrines, tables and fire rings only, 75 sites, but you can drive in. There is supposedly one other campground, family and equestrian camp. I could not find it, but I think it was at the end of an unplowed road. 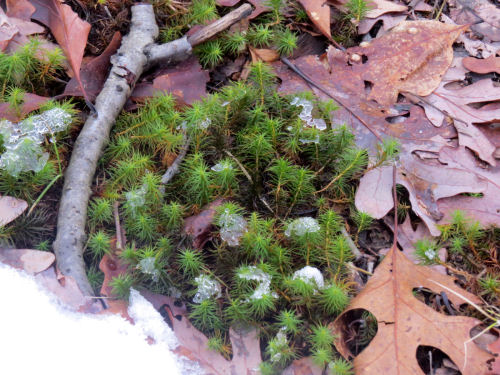 And I especially liked this mossy bank that looks like it's floating in the whiteness. 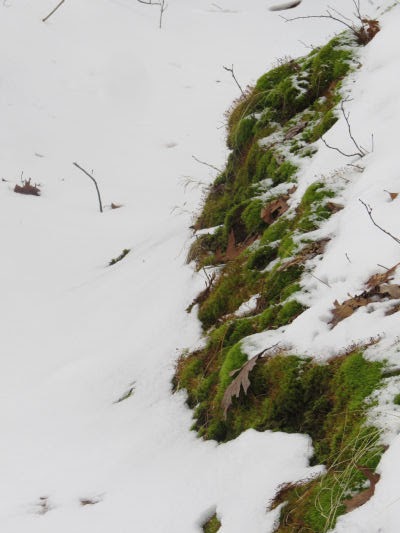 In other news: I chilled, and also I worked on the plot for the next Dubois Files book.

Thats definitely an area worth exploring in better weather