I'm calling this post Kaleva Day, even though I was there for an event known as Kaleva Days. That's because my pictures mostly aren't about the event, but are an ecclectic assortment of things around town. I participated in the vendor event and did pretty well. Another part of the event was a classic car show. There were lots more cars, this is just a few.

One man was walking around with a white German Shepherd, which reminded me of Ester's dog, Jade. This one's name was Powder. 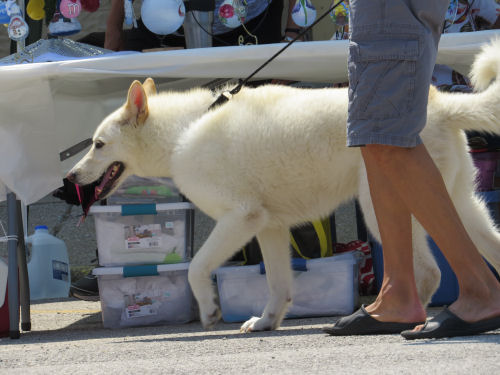 I wanted to swing by the Bottle House. I thought sure I'd blogged about that before, but I guess not. This was completed in 1940 and was made out of 60,000 pop bottles. The man who owned the bottling plant built it, but he died before his family could move in. His name was John Makinen. 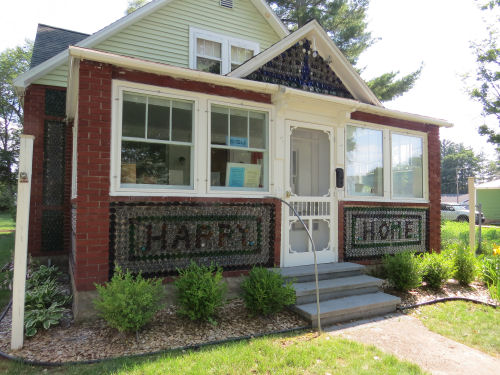 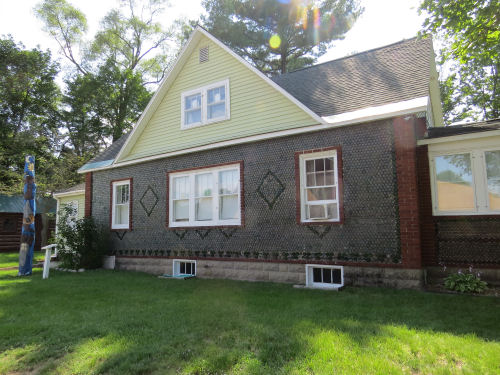 This totem pole is for my writer friend Diana whose muse is a duck named Drake. The totem symbols come from the Kalevala, an epic Finn tale and the source of the town's name. In the Kalevala legend "the Duck is the Messenger that helped Vainamoinen discover his true powers." 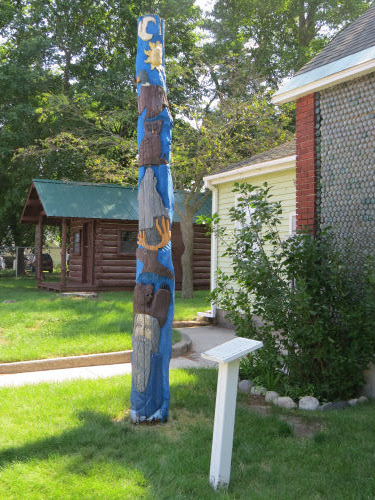 There is also a museum in the old rail station. I'll just have to go back! The Manistee and North Eastern RR ran from Manistee to Traverse City, and was one of the many logging boom lines. Link below to other posts that mention it. 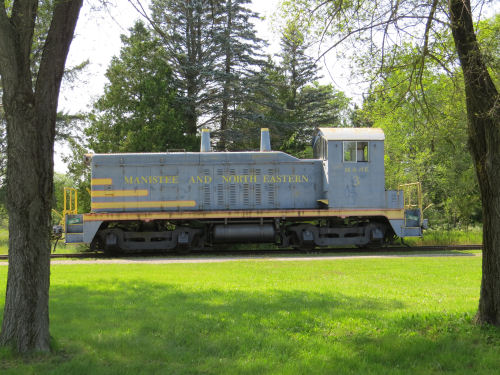 I'll just end with a nice planter. It was a good day and there is no other news. 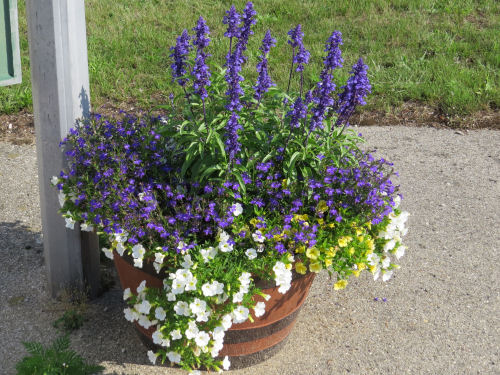 Posted by Sharkbytes at 7:44 PM

Lulu: "That house is taking bottle recycling to an extreme!"

That house is amazing.

Lulu- I never knew it before this year, but bottle houses are quite the thing. There are quite a few in the Upper Peninsula

Ann- I never seem to get there when it's open, but it's also a museum.