Cathy and I hiked familiar trails at the State Park today. The best thing about it was all the views of the water. The humidity was brutal, and seeing all the blue just made us feel cooler. I think it actually was cooler than at my house. Usually is. We walked out to Hamlin Lake. You've seen this view a lot of times now, but it's still refreshing. 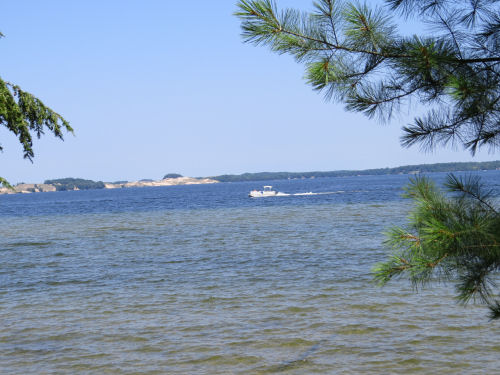 We took a short break on a bench at Inspiration Point. An eagle soared right in front of us, but I couldn't get the camera aimed fast enough. Ditto with a blue heron. That would have been a neat picture because we were above it, but that one didn't happen either.

Here's Hamlin Lake just above the dam. This is full summer at Ludington State Park. Lots and lots of people out enjoying the water in so many ways-- motor boats, tubing, paddleboards, kayaks, fishing. I went out of my way to try to exclude them from the pictures. 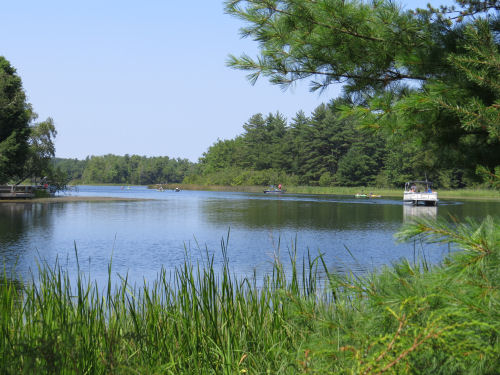 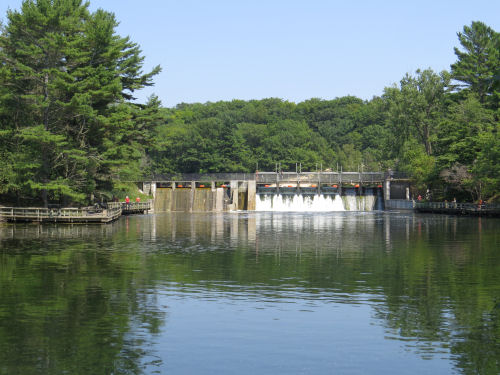 Just below that the water becomes the Big Sable River again. Now we have green instead of blue. We saw some fairly big fish, but my pictures aren't worth showing you. The reflections were nice, though. We did not walk as far as Lake Michigan. 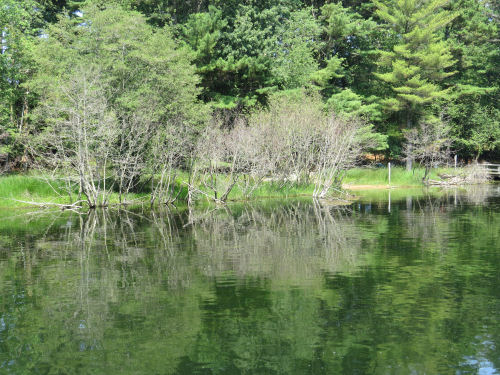 How hot and muggy was it? Even the deer were hunkered down, resting. Two bucks in velvet sharing a small valley. This one has four points. 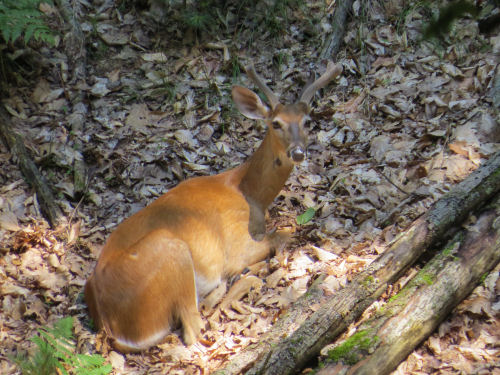 This one has eight! About a five mile hike. Hilly.

In other news: I edited all morning. I fussed with the trailer, still with no results except information gathering. Since I got home I've been writing. About half done with the next chapter.

It looks like you walked right up to those deer to get those pictures.

Ann- we were on a ridge, they were in the valley. I have a pretty good zoom.