There probably aren't enough wonderful words available to cover how much fun today was!

I'm starting with a picture of the view from the North Country Trail. This is the first place a hiker coming from the east on the NCT will see one of the Great Lakes. That's Lake Michigan far in the distance. But I'm getting ahead of the story. 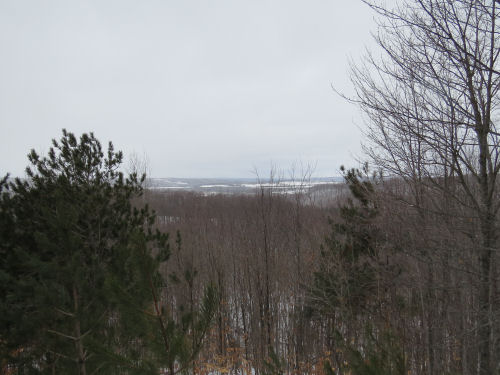 Doug was headed out to a business conference, so I made sure I got a nice picture of Doug and Pam before he left. 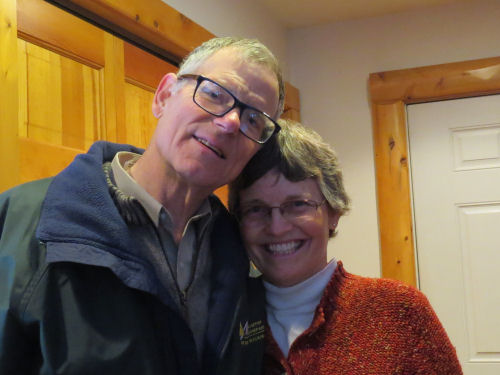 That meant that Pam and I could do what we liked for the rest of the day!

First Pam and I went into town so I could make an initial contact with the local book store. They didn't buy books on the spot, but did look at them and take the information. The person who makes the final decisions was not in. But at least I've made a start. We did another errand on the same trip, and had wonderful hot pretzels at the Petoskey Pretzel Company. 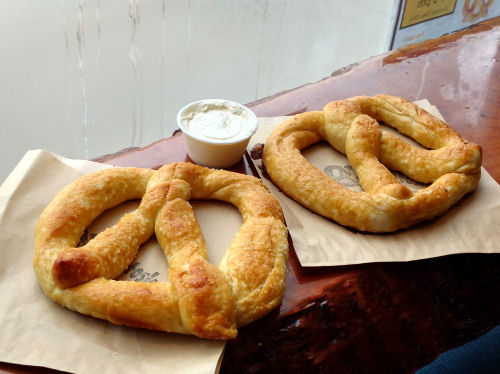 Then we came home and had leftovers from last night for lunch, and they were still yummy!

After that, we went for a snowshoe walk up to the top of the property. They donated an easement through the Nature Conservancy a number of years ago that took a half mile of North Country Trail off road. This past year, they added a really nice shelter that just needs a couple of finishing touches to be complete. So we went up there and checked on things. I hadn't yet had the chance to see it. 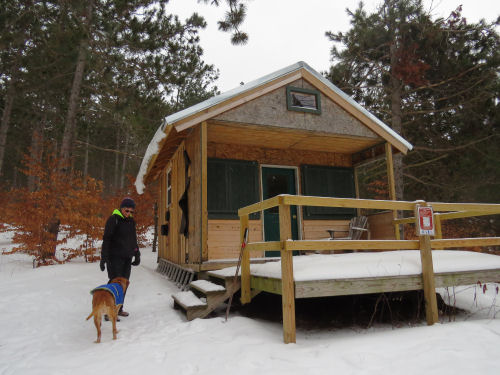 It's got bunk space for 10 people! 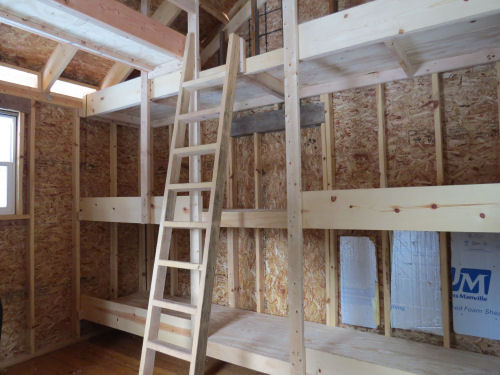 Next, we hiked to the observation platform where you get the view I began with. This is a really special place to me because it's where I ended my entire North Country Trail hike in 2010. The friends who came to hike the final three miles and celebrate with me stood on that deck and sang "The Happy Wanderer." 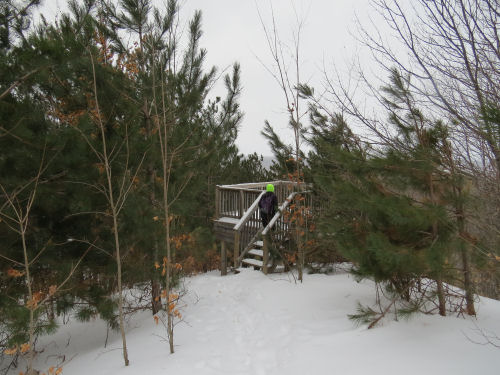 The actual NCT mileage today wasn't worth counting toward Hike 100, but it was like visiting an old friend anyway.

We flagged a trail through the woods on their property so that her AirBnB guests would be able to find it easily. When we came back inside we couldn't believe it, but we'd been outside for about 2.5 hours. 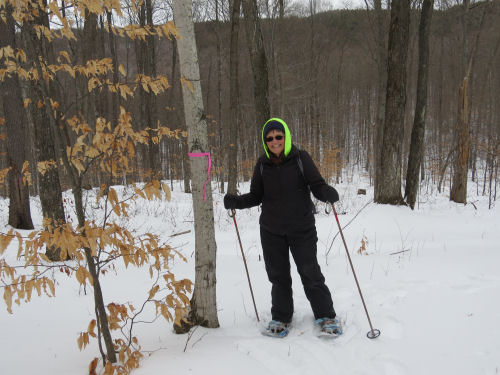 And, you didn't think Pam and I would get through a day without music did you? We played piano (she taught me some new stuff), accordion (I taught her some new stuff). But then, look what I got to try!!!! You would get totally bored if I added all the exclamation points this deserves. It's a half-size cello, and it's missing a string. But Pam said, "that doesn't matter." I'm thinking, "Really?" But she was right. I played two songs with only one missing note. We're not saying how well I played them, but I learned how to hold all the pieces of things, and how it basically works. I'd never, EVER, tried playing a string instrument with a bow before. 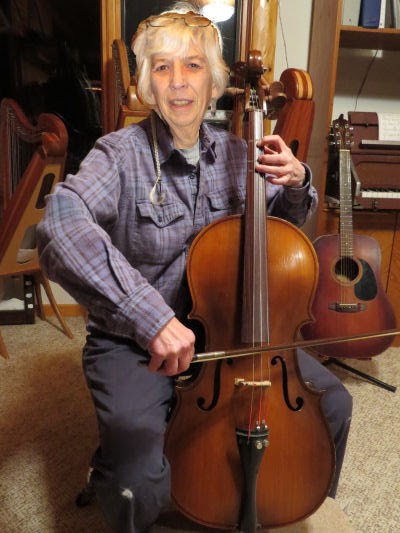 Pam always makes me feel like I could actually play music better if I practiced. She's an amazing teacher.

And then we played a really fun card game until we were ready to head for bed. What a day!

I don't think you could have jammed any more fun into that day if you tried. That pretzel looks really good.