Since the next two days are supposed to get brutally cold we decided to go to the Seneca Park Zoo today. It was around 20 degrees, and we just bundled up and it was fine. Since we don't plan to do much the next couple of days I'll spread these pictures out. Today... here are some big kitties.

Let's begin with the snow leopards. They were pretty awesome. I know they are fearsome predators, but when we came back past their enclosure, they were both asleep, the female was in a green turtle-shaped sandbox filled with straw. She looked pretty much like a really big house cat.They seem to get along fine now, but we understand they did not get along at all when they were first put together. 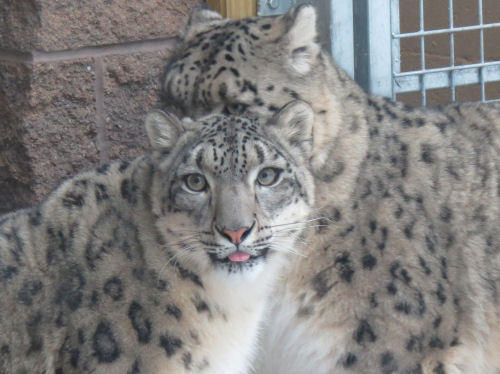 I didn't realize how long their tails are. 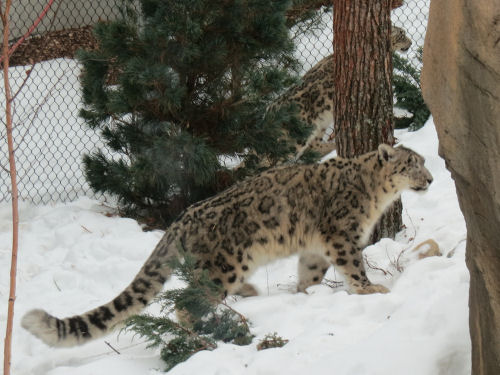 The lion enclosure was harder to get pictures without wire, but I managed a few. The male climbed on this rock where there were pieces of food for him to find. 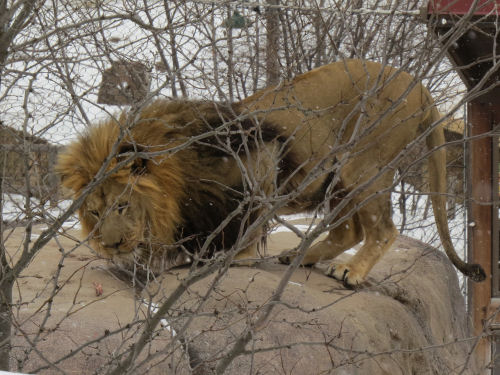 He had two females with him. Here's the best picture of one of them. Later, he spent quite a while sort of growling. It sounded more like he was getting ready to barf, though. Kinda funny! 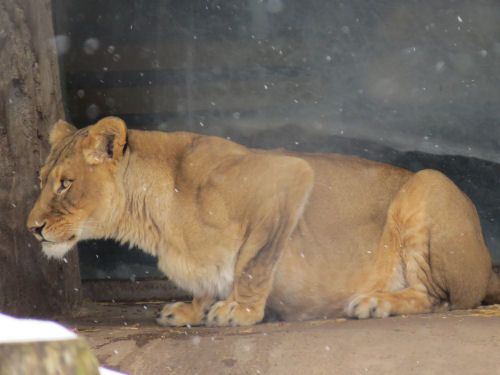 We thought we weren't going to see the tiger, but she was pacing around when we came back past her cage. No way to get rid of the wire for her. 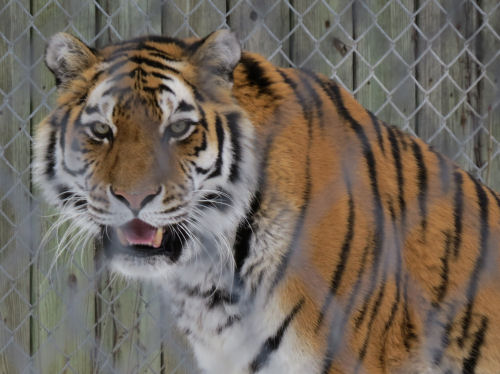 Lots more really cool stuff. It's a small zoo, but I saw several animals I'd never seen before. Stay tuned for tomorrow.

Posted by Sharkbytes at 7:15 PM

These are awesome. I think the big cats are my favorite

Charlee: "Those are definitely some big cats."
Chaplin: "Yes, I think they might be almost as big as me!"
Charlee: "But they're nowhere near as big as your ego, Chaplin."
Chaplin: "Thanks!"