We are staying for a couple of days near enough to Cayuga Lake, where I grew up, to be able to see it. Just a wonderful place. 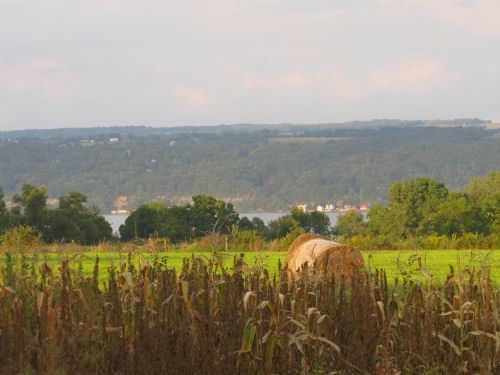 We took the day off and rested. This was a fine use of the day since it rained a lot. We played games, read, and visited some people. It was nice. So I'll share some more plants from yesterday. None of these four is commonly found in Michigan, so I was realy happy!

This is one I found last year in NY in Huckleberry Bog. White Wood Aster, Eurybia divaricata. This trip, the blooms are much more fully open, so the pictures are lots nicer. 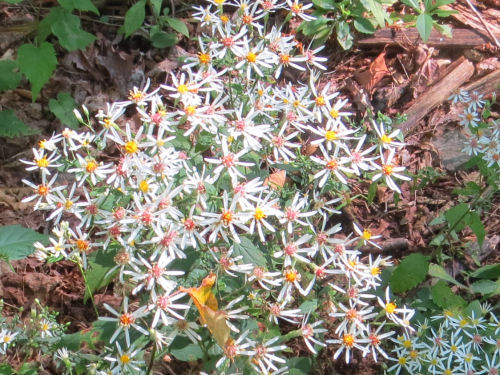 I've also found this one in New York before. It has been seen in Michigan, but not many places. I'll have to keep my eyes open. This is a white goldenrod called Siverrod, Solidago bicolor. It wasn't fully open, but you can see it's definitely white. 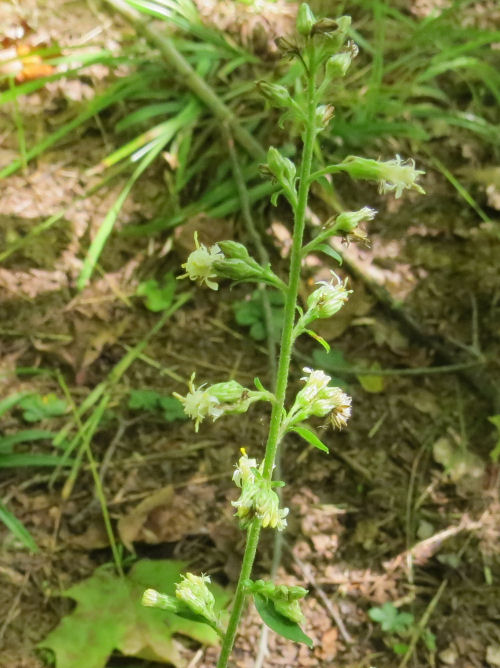 The next one isn't in Michigan at all. I've seen it before, but I think only the leaves, which are distinctive. See how the leaves become winged and just flow into the stem? I didn't realize the flowers were white, but they can also be light blue. This is Lowrie's Aster, Symphyotrichum lowrieanum. 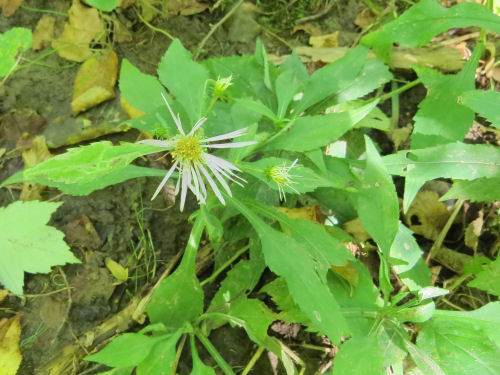 Finally, we have a Mountain Mint. Sadly, I'm not sure which one, but the leaves are too wide for the common one, so I think this might be Hoary Mountain Mint, Pycnanthemum incanum. Again, not generally found in Michigan- mostly east and south. I was a victim of being in a hurry. I just looked at the flowers and said, "Oh, Mountain Mint," snapped a picture and hiked on without looking more closly. A glance at the photo, however, told me the leaves were wrong. 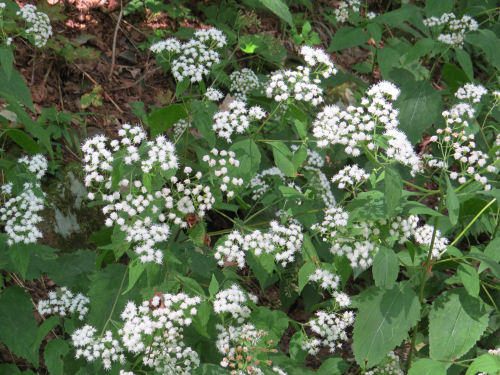 What a feast of plant treats!

Tomorrow, we'll be back on the trail.

I have never heard of a white goldenrod. I'de like to see that one opened up

Didn't realize you grew up down there in nearby New York.

Ann- it's not too spectacular, but it is interesting.