Today was a travel day, and apart from driving several hours in heavy rain it was uneventful. But there are more zoo pictures available. I think I mentioned that it was an exceptional zoo day in that almost all the animals were visible. The last time I was there, the Polar Bear never came out at all. This is Anoki. We got to see her spend some time in the water, and then she climbed out on the rocks. 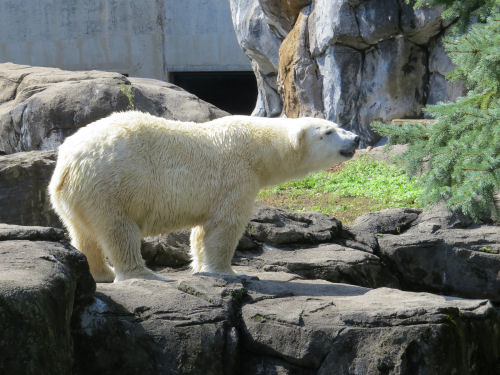 One of the favorite offerings at the zoo is the Red Pandas. There are supposedly babies this year, but we did not see them. We did see Mom and Dad, but I don't know which is which. They are so adorable, it's hard to remember they are rather viscious. 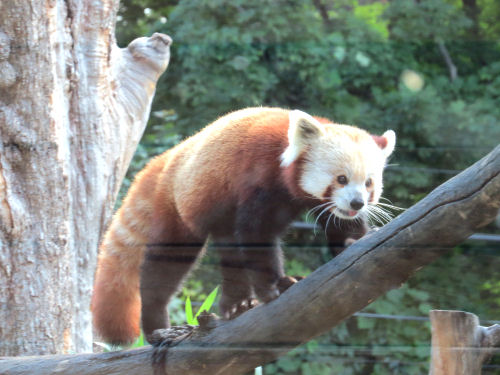 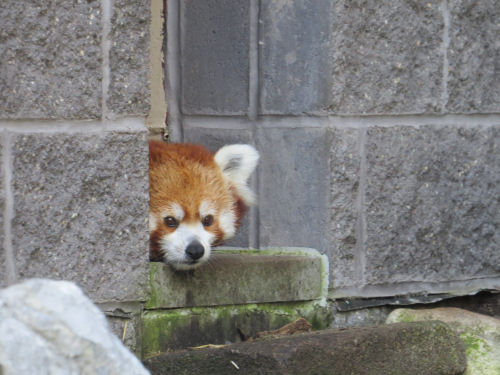 The snow leopards also have babies. Not only did we not see them, we only saw one of the adults. But he did come out and walk around quite a bit. 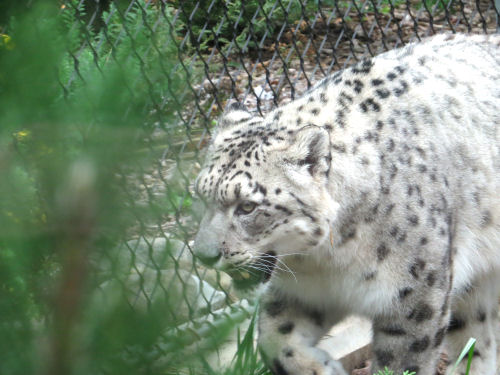 The otters are not as exotic, but they were sure fun to watch. Most of my pictures are just streaks of fur in the water. Minnows had just been released in their pool, and they were busily chasing down their snacks. Most of the water animals have viewing areas where you can see below the water surface to observe how the animals swim. That was a lot of fun, but they were still really fast! 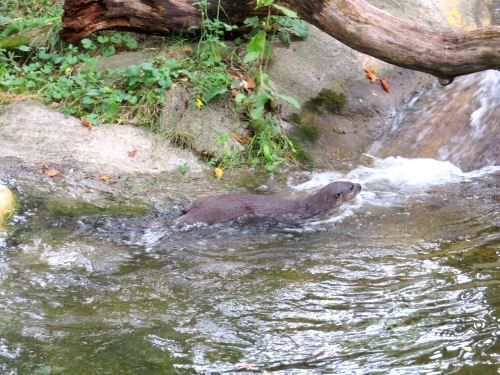 We also thought we weren't going to see the tiger, but it was out when we went past the second time. This is an Amur (Siberian) Tiger, native to far eastern Russia, China and Korea. It's status is Threatened. They are generally pale with brown stripes. 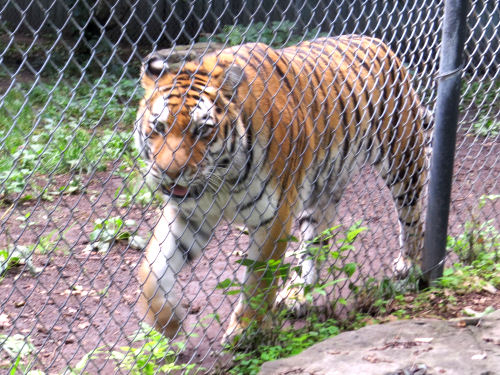 And that's all for today. I think there will be one tiny adventure in the morning, and then I'm off to home.

I would have loved seeing all these animals. That red panda is adorable.

Ann- It's only a couple of hours from you.