We are now following yellow blazes. We are doing another of the Finger Lakes Trail branches. This is the Letchworth Branch which goes the length of that park and along the gorge cut by the Genesee River. I've been here a lot of times in my life. It was one of my dad's favorite parks- he didn't have many, but I'm not sure we'll even see the thing he liked the most. And I've hiked here with Irene several times since I've been blogging. 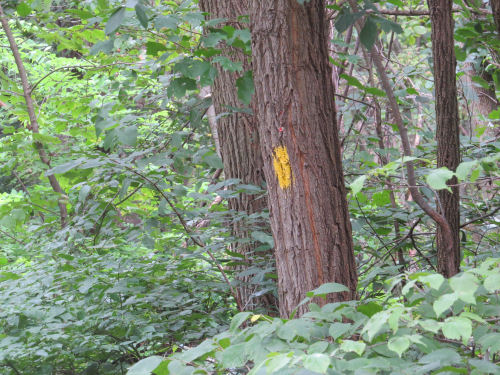 I've previously hiked pieces of this trail with Irene, but I'm not sure I'd done the parts we hiked today which was the southern end of the park. 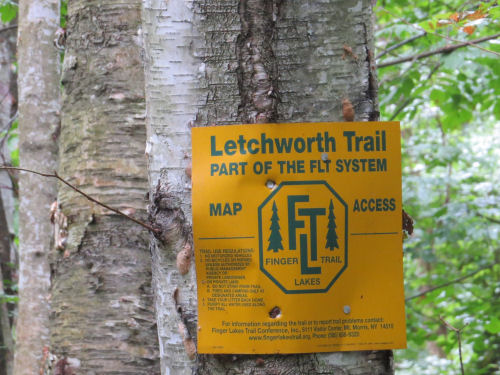 The weather is delightfully cool, however it decided to rain for an hour in the middle of the day. We managed to hit a park pavilion at the right time to eat lunch and stay dry for most of that time, but I did have to put the camera away. This is at the Parade Grounds, a flat open area where a number of divisions of troops mustered for the Civil War. 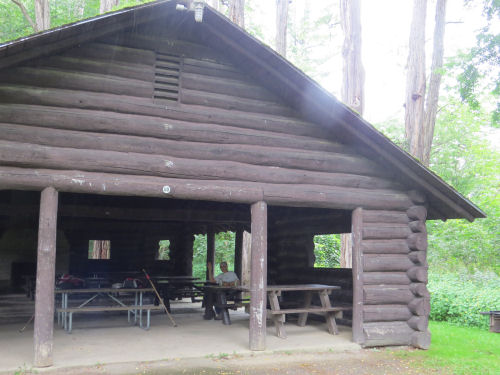 This is just a roadside weed, an agrimony I think, doing it's first year rosette (whatever it is, it's a biennial), and I think it is pretty. 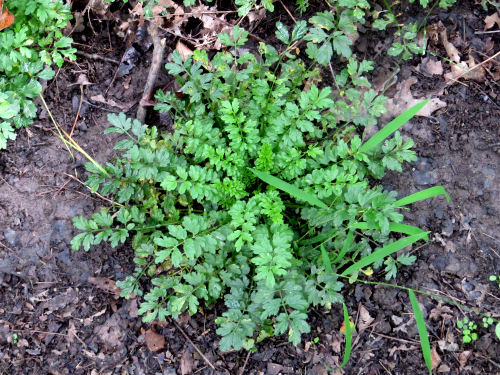 The best of the day was taking a spur trail after the sun came back out that followed the edge of the Letchworth Gorge. The rock walls are about 200 feet high. 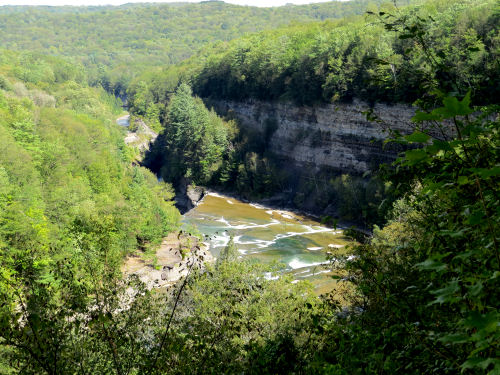 Here's another view. See the green water at the bottom? 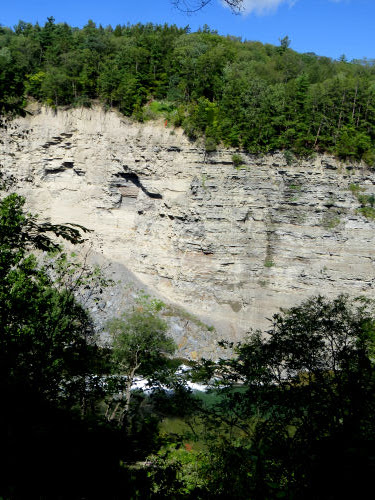 And our destination on that spur was the view of the Middle Falls. The Upper Falls is just visible above that. You can see the Letchworth Bridge spanning the gorge at the top of this picture. This is a new bridge, built in 2017, which replaced an iron bridge that had been in use since 1875. This is an active railroad bridge, operated by Norfolk Southern. The new bridge has been named the Genesee Arch Bridge. 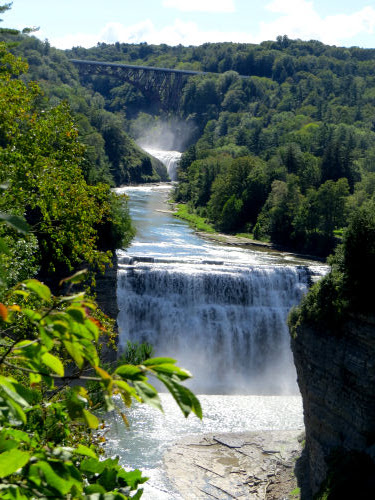 It was an easy hiking day. A lot of the trail was on a former railbed, and was quite level.

Wow, what a beautiful area. Love those falls.

Thank you for sharing as I went to college near there & spent some hours on a sloped cliff for geology! I absolutely love this park, the falls & everything here. So glad you got to go with Irene. - Elaine

Ann- this whole region is gorgeous. It's the only reason I'd ever think of moving back here

Lulu: "Ooh, our Dada says he's been there, back when they all lived in New York. He also mentioned that he wrote a story once where some pranksters go through Shenandoah National Park painting fake blazes on trees. He says it doesn't turn out well for them, but they mostly deserve what they get."