We spent today with Marie's brother Steve, and his wife Karen. We went to the George Eastman museum and mansion in Rochester, NY. That's Eastman as in the man who made cameras accessible to the masses. Kodak. 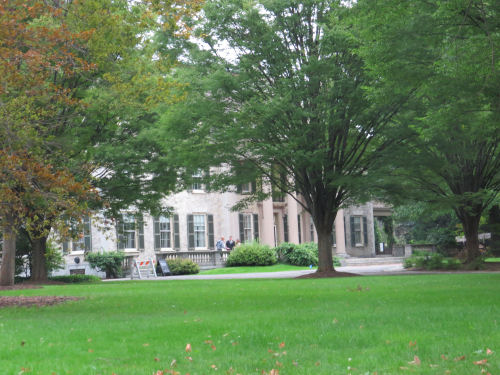 This is not a mansion on the scale of some of the ones we've visited, but what there was of it was quite grand. This is the conservatory. Several years after the house was finished, Eastman decided to make this room larger. How? They cut the house in two and moved part of it 9 feet to the north! 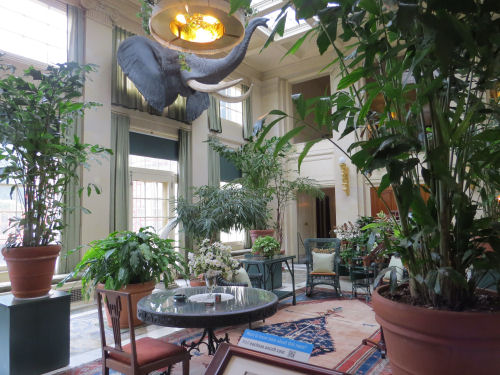 This metal filagree ornamentation is also in the conservatory. 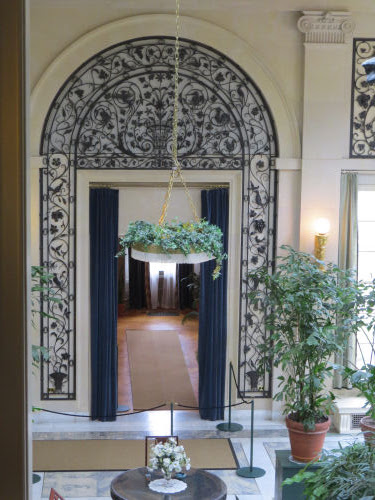 The "flying" staircase is found in the entrance foyer. 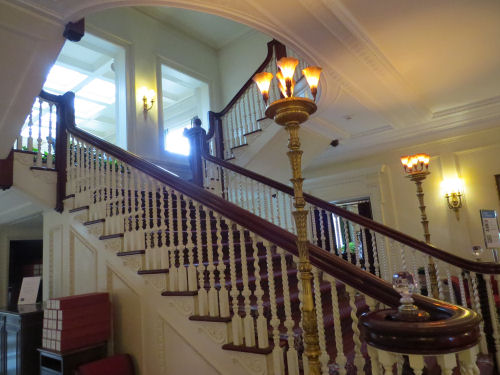 Eastman was music lover (think Eastman School of Music), and he had two pipe organs in the house. These are the pipes for one of them. One was destroyed by fire, but the museum managed to purchase a similar one and have it installed in the house. Eastman liked the stereo music of the two organs throughout the house. He would have music played all night by means of piano rolls- athough I guess in this case you'd call them organ rolls. 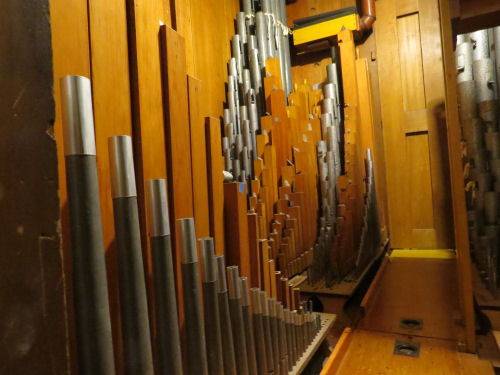 Personally, I love the bathrooms from many of the elegant houses of that era (this was built 1902-05). They are so clean and practical. 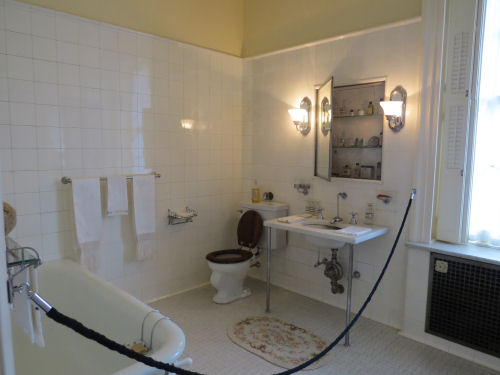 There were quite a few other public rooms, but I'll spare you. There is also a museum dedicated to photography. It was all very interesting. There are also gardens, but it's fall, and I think they haven't been tended too well for a couple of years, and one of them was undergoing renovations.

Nice day with Steve and Karen, and a perfect activity for a slightly rainy day. 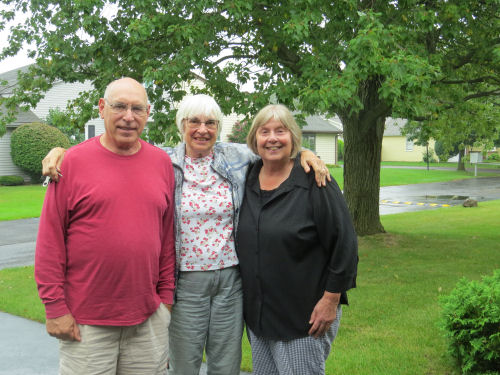 That's a pretty impressive place. I have never heard of anyone going to such extremes to build an addition on to their home. I would have liked to have seen that being done.

Ann- I know- I thought that was amazing