A Day with Elaine

Today, Marie and I spent the day with my friend Elaine. You can see why we used to be called Mutt and Jeff if you are old enough to remember that cartoon. 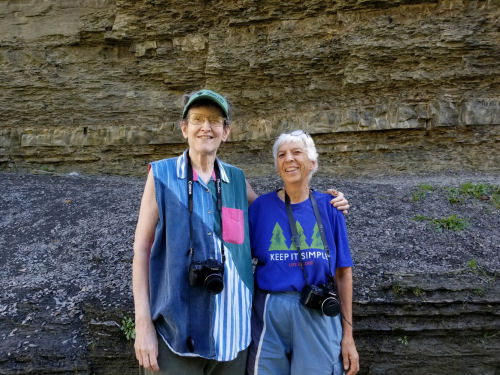 Our first activity was to go fossil hunting for a couple of hours. Around here, that is usually a sure thing to find a few fossils. We didn't find anything spectactular, and I forgot to take pictures because it was just run of the mill stuff. But we had fun. In this stone, there is the round end of a horn coral impression, and the impression of some worm. We also found crinoids and brachiopods, and some other small shell impressions. 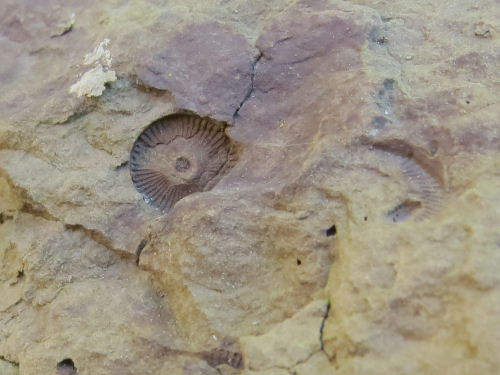 "Look over there," Elaine instructed. It's like the grass on the other side of the fence... you always think the best ones will be just around the bend. 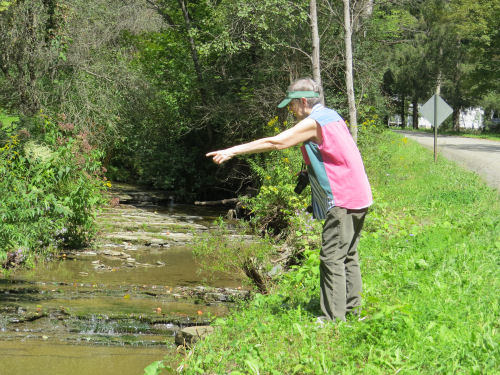 Then we went to a small public garden and musuem. It was really nice. Even though it's September, there were still quite a few flowers in bloom. 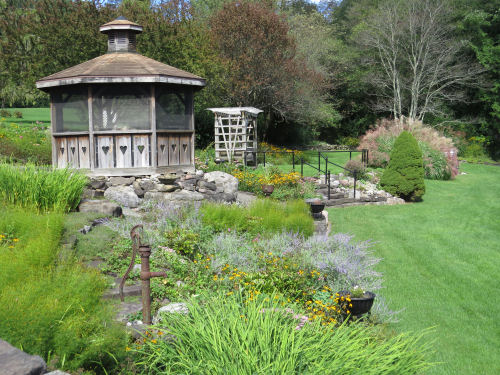 We spent about two hours there, but I would gladly go back again. We didn't really see it all. There is an extensive stamped brick collection. 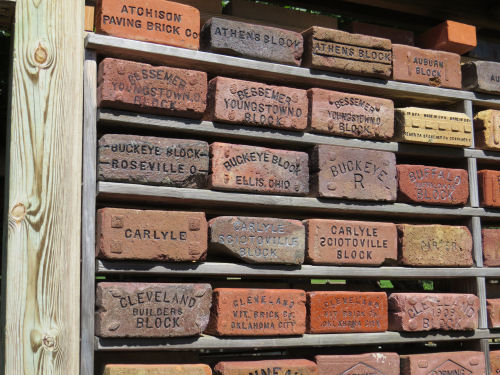 There are a number of buildings filled with old tools. One building is a working mill. This is just a small bit of some of the farm tools on display. 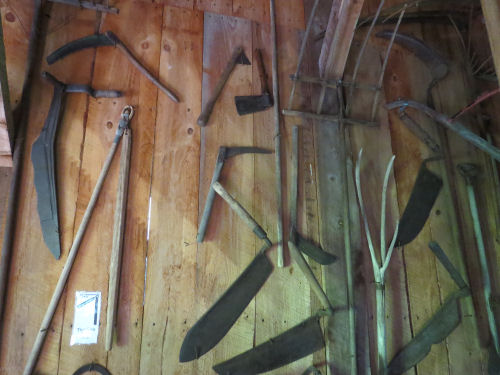 The most amazing thing is a fossil he found on his property. It's been called one of the most significant fossil finds of New York State. You need to understand that each half of this rock is bigger than I am, and is filled with these fossils of Glass Sponges. A fossil colony had never been found before. They are Uphantaenia chemungensis 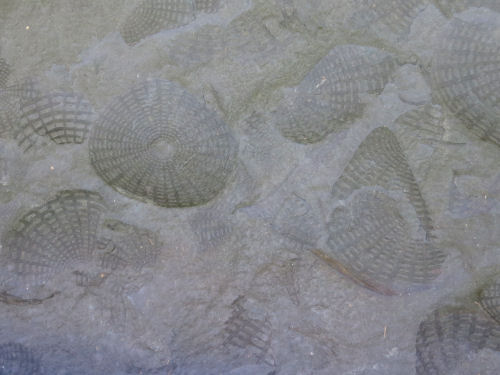 Finally, we made a visit to Ithaca Falls. 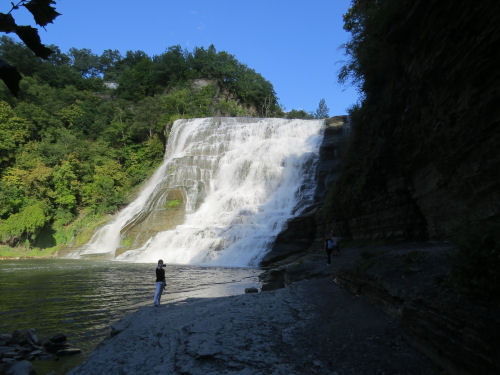 Dinner out and it was time to say goodbye. Nice day.

We had a great time! Thanks for the photos! Time for zzz. Thanks for coming - both of you! Great job - Elaine

Elaine- it was a great day!

Ann- you would indeed