Before I can finish the insulation, I needed to cover the bare wood of the support braces I put in. There are products made to do this sort of thing nicely, but it's more expense than I want to deal with right now.

I had such good luck using duct tape to hold the vinyl together on the top and insides of the wheel wells, I decided to use that for the trim. 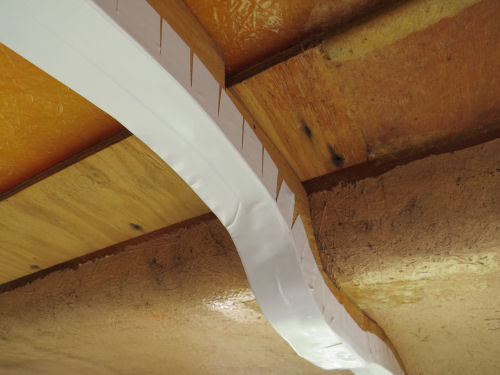 There is no way these are going to look really great unless I spend a lot of time on them-- perhaps cover them with some kind of "fake beam." But that has issues of its own. Some of the places where I fiberglassed the braces to the roof are bumpy and rough. I didn't want to make the braces thinner, so I knew I'd have to deal with them showing on the interior later on, but figured I'd deal with it at that time. Now is the time.

I used 3M duct tape, and it really sticks. However, it was a total pain to cut. That actually might have been a real problem, except that I switched to using a razor blade instead of scissors. That worked great.

First, I covered the bumpy fiberglass joinings with an extra layer of tape to try to smooth them a bit. Then I laid a piece of tape on the curved face and let it hang out beyond the edge, and then made cuts in the loose part that could be bent up and stuck to the side of the brace. I did one of these on each side. 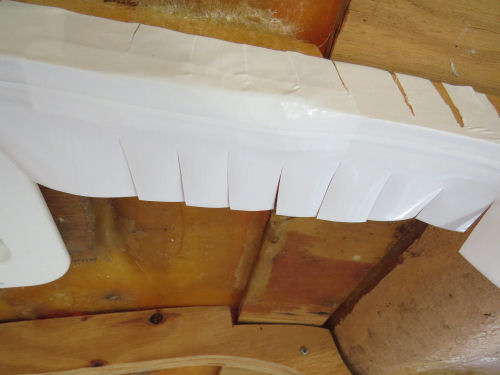 Then I cut a length of tape the width of the brace and ran it over the face. It's not perfect, but it's not too bad. The insulation will be thick enough to cover the spread between the cuts on the sides. 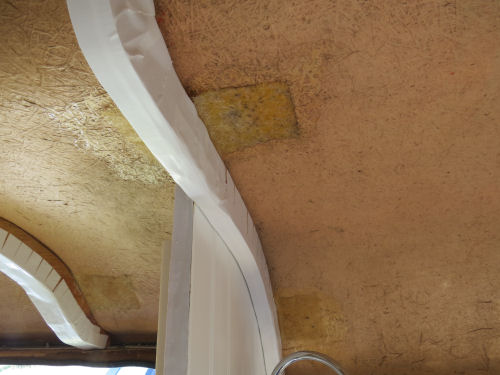 While I was at it, I also covered the edges of the support walls. I just carefully laid the tape against one edge, stuck it down and used the razor blade to make it fit the other edge. 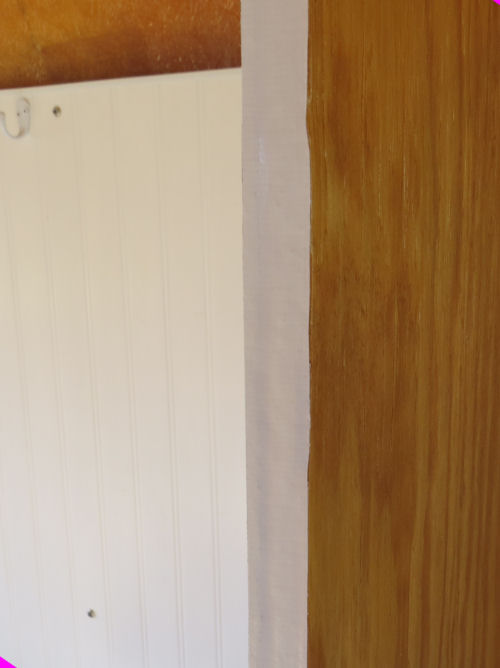 I had to unscrew the support walls from the braces to lay the tape beside them. This is the last day it will be easy to do that. I'm also working on the kitchen area, and very soon it will be much more difficult to pull these walls out.

In other news: I edited in the morning, and worked on the trailer all afternoon. Also did a couple of errands and had bell choir practice. I crossed off 2 BIG ITEMS today! (but I added some small ones) 34 BIG ITEMS and 23 small ones to go. 42 days left.

Lulu: "Is there anything duct tape can't do???"