On Saturday I went to the production of the play, Clue, at West Shore Community College. Everyone did a phenomenal job! Let me say the the set was outstanding. Rolling scenery wagons allowed whole portions of the walls to rotate in order to "create" the additional rooms of the mansion. The play was adapted from the movie script, which was created by writing a farsical story based on the Parker Brothers game. The rooms are the ones you know from the game board. The play is totally hilarious. I haven't laughed so much in a long time.

Here, the butler welcomes Colonel Mustard to the house. 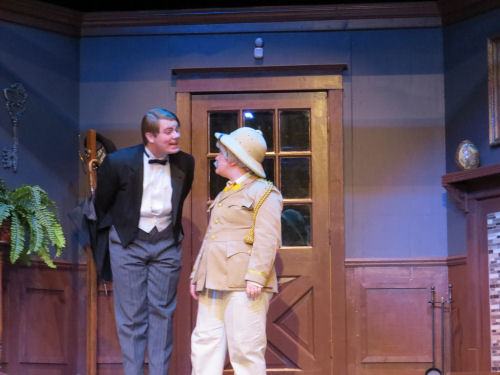 Each of the guests- you know them- Colonel Mustard, Mr. Green, Professor Plum, Miss Scarlett, Mrs. Peacock, and Mrs. White, receives his or her weapon as a mystery gift from Mr. Boddy. The wrench, the revolver, the lead pipe, the candlestick, the knife and the rope... but you knew that already. 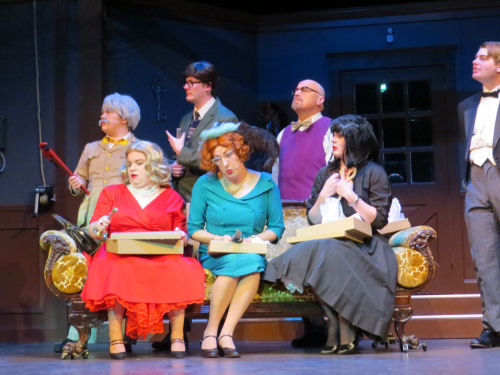 Soon, the cook is found dead in the kitchen, killed with the knife. You know how it goes... you have two of the three elements, but who did it? Actually, the dead cook almost manages to take out Mr. Green! 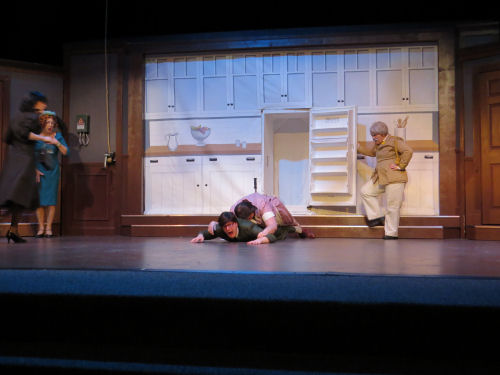 Next, Mr. Boddy becomes a body. I included this picture so you could see the French maid, far left. 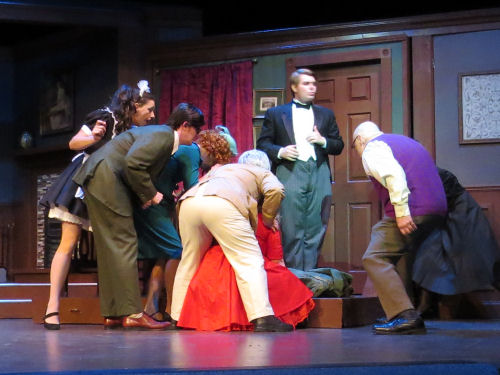 The middle portion of the play is the hilarious pursuit of trying to determine who killed whom, and who else might turn up dead. Here, Col. Mustard and Miss Scarlett find the secret passageway from the Conservatory. 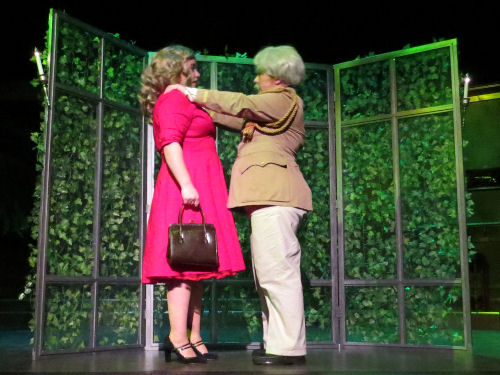 All is revealed at the end (of course, right?) Mrs. White makes an accusation. 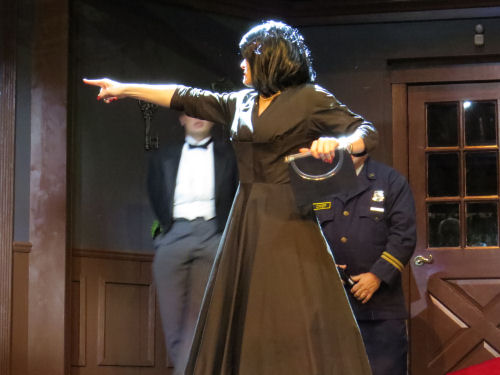 All the main characters and several of the minor ones were outstanding. It was a high-energy production. I'd like to say the butler in particular was great, but so were Mrs. White, Mrs. Peacock, Miss Scarlett, Col Mustard, Mr. Green and Prof. Plum. Each was just what they were supposed to be and played the roles to perfection.

In other news: I wrote two articles this morning. In the afternoon I worked on trailer stuff in the house (because the weather was kind of miserable), and hike food, and went to the store. I had a meeting this evening. Finally... I get to cross something off. 2 big things-the articles. So there are now 33 BIG ITEMS to do (29 done) and 25 small ones (11 done) to do. 36 days to go.

Ann- it was wonderful, and just what I needed!