Cathy and I made time to do a little hike this morning. We went to Nordhouse Dunes. I hadn't been there for 2 years! It's really a nice place, but often full of people in the summer, so I tend to avoid it. Lots of hills and sand. This was interesting. Someone had made a number of designs in the sand with rocks and enclosed the whole thing inside a circle of sticks stuck in the ground. I wouldn't care much except this is a federally designated Wilderness, and I suspect you aren't supposed to do stuff like that there. 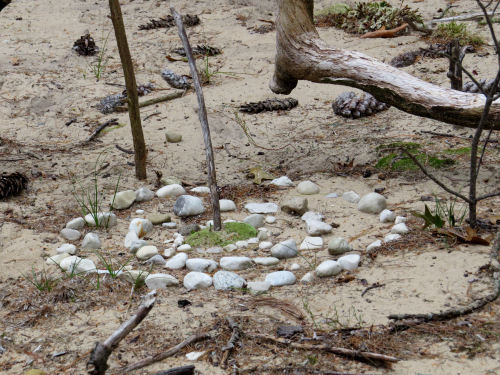 It is always interesting to check out Nordhouse Lake. This is a shallow kettle hole and it has no incoming water except for rain and a very small (insignificant really) creek. It dries up almost every year, and I heard that it was dry in August. But it had some water in it today, although the level was pretty low. The sky was gray, so the water is too. It's a sparkling blue on clear days. 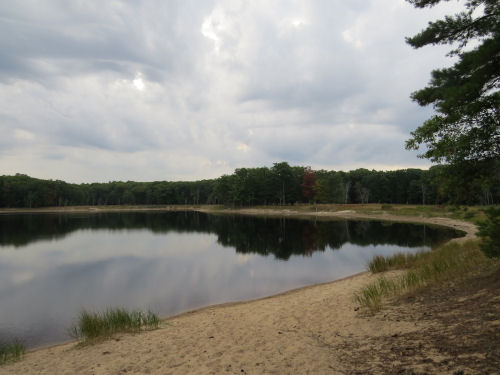 We saw quite a few of these mushrooms. I'm not even going to try to ID it. White mushroom. 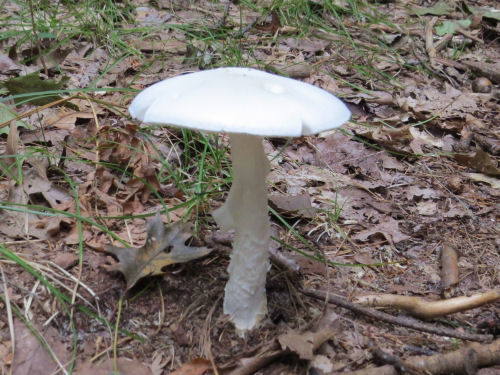 The best view of Lake Michigan from the loop we took is near the parking at the north end. It was clear enough that the horizon was definite, but nothing spectacular. 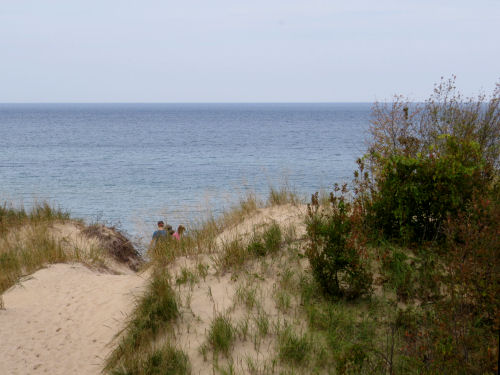 We interacted twice with a group of Jr. Hi kids from a private school in Grand Rapids who had been backpacking for 2 nights. Brave teachers, those! But they seemed like a really nice bunch and said they had a good time. They were just finishing, and were getting ready to pack stuff in the van. I'm always happy to see young folks on the trails. 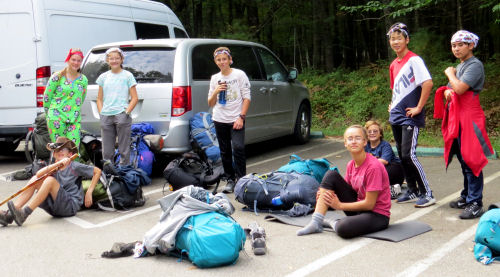 In other news: I worked on the trailer in the afternoon. Still 48 items on the Big List, and I'm down to 59 days.

Posted by Sharkbytes at 8:08 PM

Lulu: "Hmm, I wonder who is behind the designs in the sand. Maybe the forest is infested with pixies?"

Hi Lulu- Perhaps the pixies are about to start another adventure.

Ann- It's hard to find a bad view of Lake Michigan!