I just had to post a sunset picture. Mostly because we haven't seen the sun for days and it's really cheery. Picture taken by pointing the camera at the car window and snapping it without looking! There were some beautiful shots with rays I could have had earlier, but no place to stop on the freeway in time. 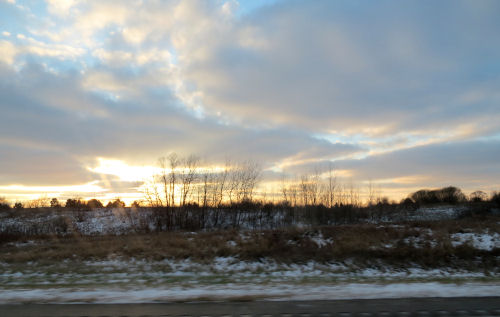 I left home in the dark this morning, and returned just at dusk tonight. But what a day! 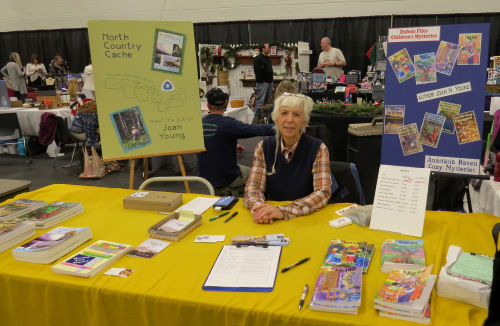 This was the Holland Civic Center Vendor and Craft Show. There were 50 vendors- most of them commercial products but a few crafters.

There was heavy traffic all day long. This picture was taken later when things thinned out, so isn't representative. I did extremely well. Best sales ever. Most of the time I was selling books as fast as I could talk. 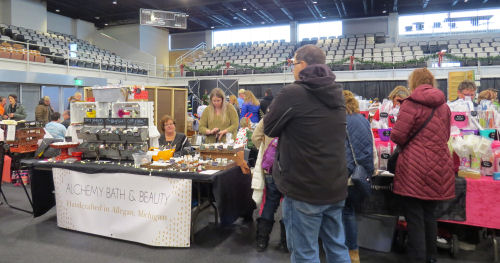 The booth across the way was Mary Kay cosmetics, and I made friends with Brenda (on the left). She bought a set of the children's books for her grandchildren. People were buying my books and then going and showing them to her, and saying they liked the books already. How's that for awesome! So she came and got some too. Two teachers bought the first one to read in the classroom. 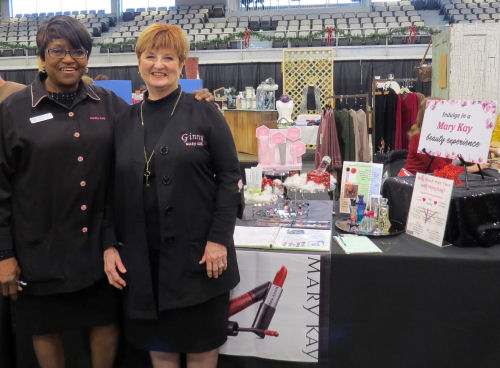 And... a friend I haven't seen for years was suddenly standing at my table with a smile! That was a really cool part of my day. Busy, busy, tired. But it's all good. Bed early because I only slept about 4 hours last night.

If you think there is other news today, you would be mistaken.

Posted by Sharkbytes at 6:52 PM

Glad you had a great day!

What a great day. This is a good time of year with everyone buying Christmas gifts. Glad sales were good