I went to one of my favorite concerts of the year, except I was only a spectator this time, not a participant.

This is at St. Joseph's Church, outside of Hart. I took a long shot view of the interior this time. 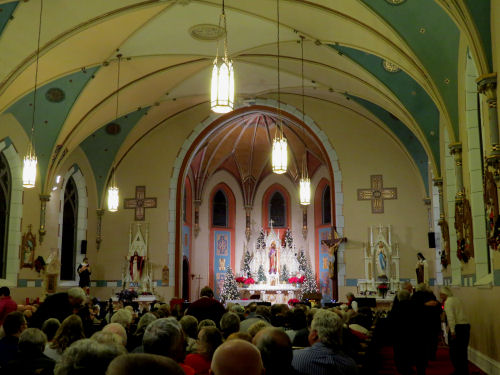 If you've noticed that I haven't posted about handbells this year, it's because there was one of those weird communication snafus and I didn't get notices that there was actually going to be handbells, so I scheduled things like hikes and book-selling trips.

But there is a handbell choir, and they played at this concert. 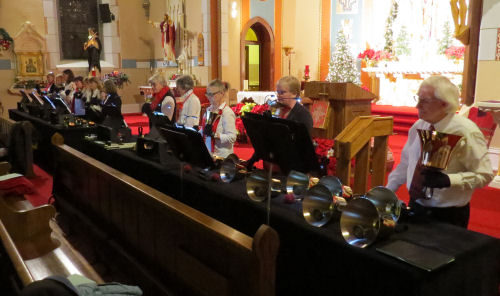 There is a new director now, Carleen Shin. 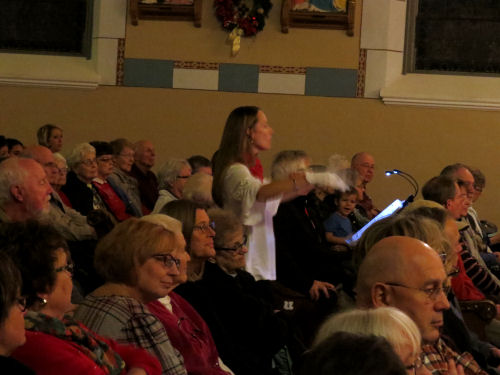 Anyway, I really miss playing with them. But as it turns out they need someone for March and April, and I will be home those months, so I'll be in!

But, the handbells is only part of the music. The West Shore Choir also sings there, so I heard those songs again. No pictures, because they sing from the balcony. This is the group I went to hear early in the month. The acoustics in this church are wonderful, so I like to get to this performance.

In other news: I wrote 4 chapters with just one to go. I made verbal notes for that final chapter on the way to the concert, so all I have to do is type it out. Woo hoo!

What a beautiful church. Those bells must have sounded heavenly