I am in Grand Rapids, settled in for the night. This way I don't have to leave home at 6 o'clock tomorrow morning.

Last night, even though I was not too interested in going out again, I went to hear the Manistee High School Christmas concert, because the director is a friend of mine, Andrea Mack. We actually met through trail stuff, and I didn't know she was a music person at all. Then she took the position here, much closer to me than we were before. But we still haven't managed to go hiking together! 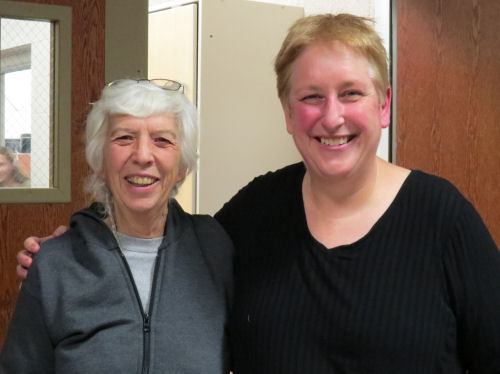 And the concert was very good. High quality music for high school level. The jazz band was the first to play. I forgot to bring the program with me, so I won't/can't give you the rundown of the pieces they played. One was "Santa Baby," and one was "Kings of Swing," which was a swing version of "We Three Kings." 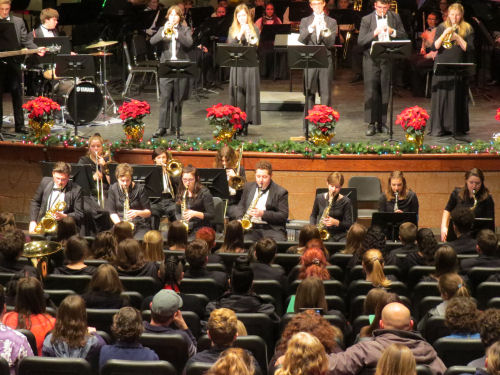 Next up was the Eighth Grade Band. 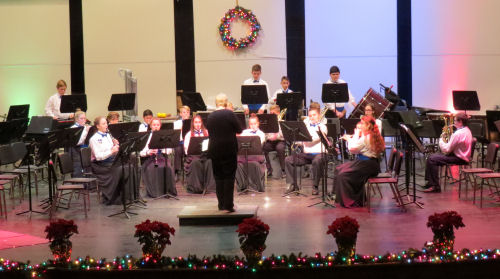 Finally the full concert band played several pieces. One I really liked was a new work called "Letchworth Fanfare." I'm kind of a sucker for fanfares, and I really want to know if it was inspired by the gorge in New York. Again, there was a nice variety of selections. I really appreciate it when every piece doesn't sound like all the others.

I sure wish I'd brought the program with me so I could tell you the other numbers. Andrea says the band has been invited to play at some festival, which of course I've forgotten the name of. But the point is, they are good. It's not just me that thought so.

In other news: I can't say I took the day off, but I switched gears. I did some cleaning and laundry and let the writing simmer a bit. It was desperately in need of some slow cooking. I think I've solved the logistical problem I had with a scene, and I'm actually writing a little bit right now.

It's amazing how much talent can be found in the high school level.