In addition to hearing some great music, I also learned something new. I was trying to figure out what the difference was between a wind symphony and a band. Seemed to me to have all the same instruments. Check. The difference is in the style and difficulty of music played. This is the "new" name for what I would have called concert band.

And it was a concert I really enjoyed. There was great variety in the music played, most of it quite difficult and played well.

They began with a saxophone ensemble playing "On a Hymnsong of Philip Bliss," and "Feliz Navidad." 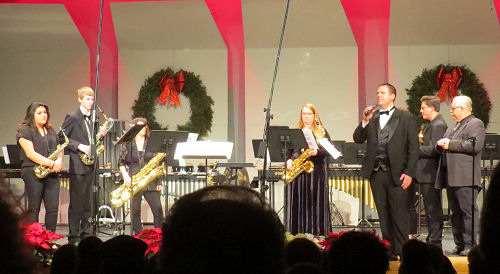 The symphony is under the aegis of West Shore Community College, but the concert was at Shelby High School, about 35 miles away.

Next up was the percussion ensemble, and they did some really interesting pieces. First was "Dance Macabre," one of my favorites. The picture is just one of the four marimbas/xylophones they used. 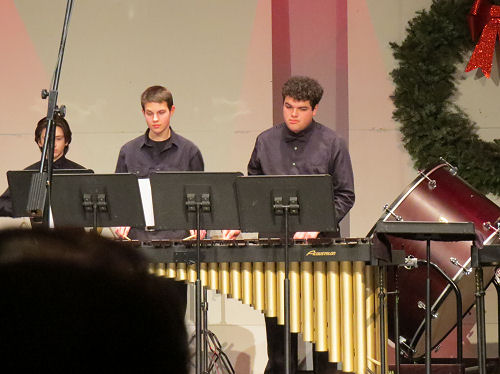 Then they did a really complicated piece called "Just Like That" on concert toms and wood blocks. I liked it! 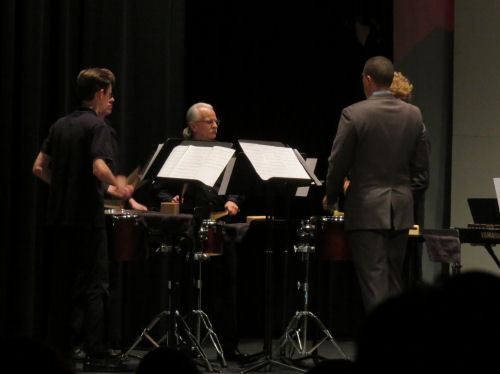 They finished with "Trinidad Tidings," a medley of Christmas songs.

After that a select group of the larger symphony played "Pas Redouble," a really fast-paced piece. Please note the size of the ensemble.

Then the entire symphony came on stage-- over 100 musicians! I took this picture while they were setting up, just to show the size of the group. It absolutely fills the stage, and this is a pretty large stage. 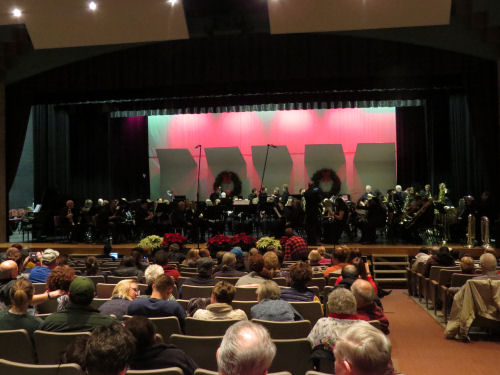 They played Shostakovich's "Folk Dances," a really difficult piece called "Where Never Lark or Eagle Flew," and then concluded with two movements of "The Divine Comedy."

I have to say, I'm becoming quite pleased with the quality of artistic opportunities our area is providing.

Since the group was large, I tried to get some better close-ups. Most aren't in focus, but this one is OK. 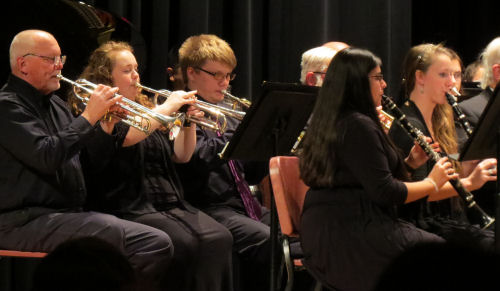 In other news: I struggled mightily with writing today, whined on Facebook, got some encouragement, and managed to get two half-chapters done. That's better than nothing.

I haven't really looked, but I wonder if there are many concerts going on around here. This one looks like the members are quite varied in ages