Since we've been snowed in here all day, you'll get to see more pictures from the zoo. I can't complain. It's not as cold here as it is at home. About zero with some snow. But the area here is not getting hit like the Midwest this time.

I'll start with the star of the entire zoo visit. This was my first time ever to see a red panda, and he was eating and walking around before he settled in for a nap, so we actually got to watch him do things. The female slept through everything. They are at least as adorable as they are portrayed. 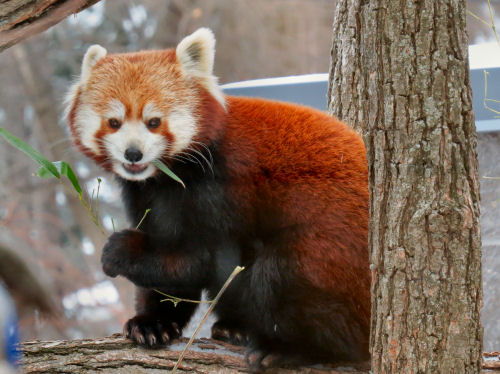 The gray wolves were mostly pacing around although they did lie down after a while and seem more relaxed. It was an interesting time to see them, since the chapter I'm writing is about the one hike on which we saw a family of wolves. 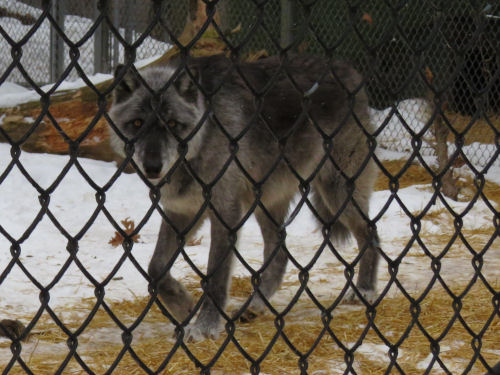 The baboons seemed intent on showing us their behinds, but at least I can bring you one in profile. 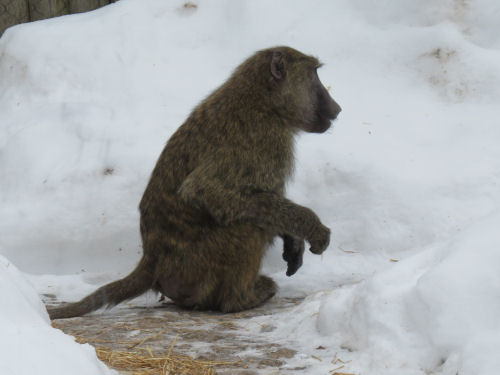 The African animals are housed inside for the winter. I couldn't get a good picture of any of the elephants, and this is the best I could get of the white rhino. 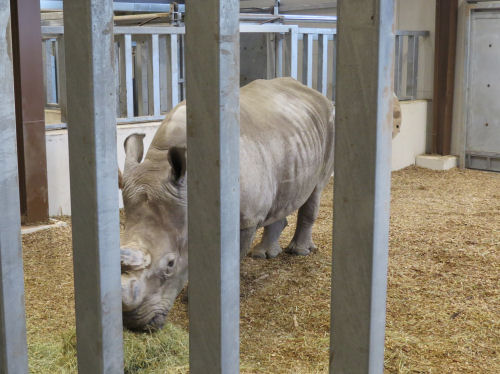 The giraffes were a lot of fun to watch. And if they'd been eating I could have gotten pictures without wire, but I guess they weren't hungry. Another exhibit I really liked was the naked mole rats. They are strange creatures. They were displayed in a connected series of burrows with windows, a lot like a complex hamster cage. I didn't get any really good pictures. There are about six of them in this shot. I remember when they were discovered. I was taking the National Wildlife Federation magazine at the time, and they made quite a stir. 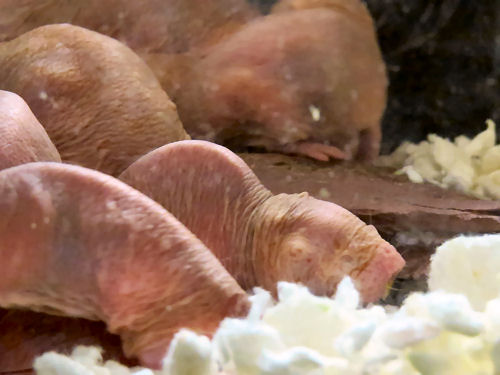 If tomorrow is more of today, you'll see zoo pictures again. But I am getting some writing done.

Those mole rats are rather creepy looking. I looked at the picture before reading what they were and was baffled.
That red panda is adorable.