The Phantom in the Machine


Er.. oops... is that "The Phantom of the Opera?" or "The Ghost in the Machine?" Today it's both. I'll start with the Phantom part. 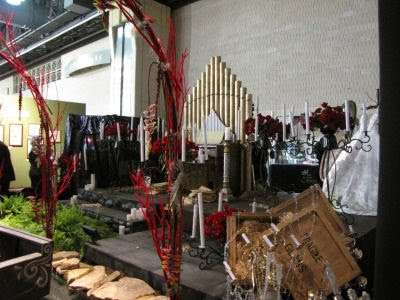 It seemed to me that there were more themed displays this year, and fewer "gardens," at the Philadelphia Flower Show. I'm not sure that's bad, but I ended up with fewer pictures that have a natural feel to them. You can see some of the key Phantom elements here: the organ, the fallen chandelier, a corner of the boat on the left. 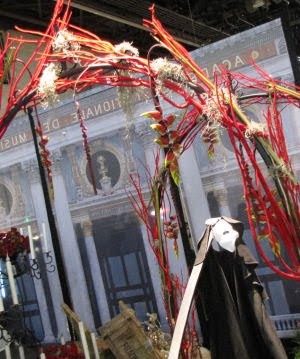 Here's the Phantom poling his boat. The tunnel was created by arches formed of red branches. I don't know what plant those came from, but they were quite dramatic used with the black and white. 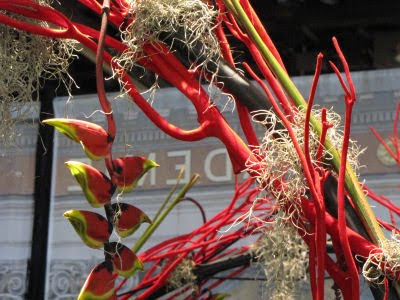 I do know what those amazing red pods are. They show up in flower shows a lot because they are so spectacular. It's a plant called Heliconia. This one is Heliconia pendula.

And the Ghost in the Machine? I spent 2.5 hours this evening removing a nasty malware from my computer that got past both Windows Security and AVG. It's called XP Anti-Spyware and claims to be the opposite of what it is. It's very convincing. If you see its windows popping up and insisting that you have a list of viruses, and you need to download and install it right now, DON'T DO IT!!! I was suspicious from the get-go, and looked it up on a different computer. All seems to be ok now. Whew!

sorry to hear about the ghost in the machine, that can be a real pain.
That is a really cool looking display. Love that plant with the red pods

Isn't helonconia beautiful? I see it all over Hawaii and the Caribbean...well, let me state that differently - I USED to see it.

It's good having an electrical engineer in the house. My very expensive Lenovo ( IBM ) that I got through my brother ( he works for IBM ), with his discount - that I spent $2500 a few years ago when I was working and had a really good paycheck - I wanted a really exceptional laptop with all the bells and whistles, got a virus, in spite of Norton, etc. Shawn had to completely reinstall the entire system using the recovery disk. Lucky for me, I had gotten Carbonite offline backup just a few months before so everything was saved! I can't recommend that enough!

Oh no, a virus??! Ugh. Those things are buggars to get rid of, aren't they?? Hope it is gone for good.

These types of ghost are always around and look for the chance tease us.

Ann- the red twigs were the best. I wanted the whole thing to be a bit more compact... it seemed rambling to me.

Carmen- I got lucky and found excellent instructions for dealing with this particular malware. Had to look that up on a different computer while I worked on this one. I resent the 2.5 hours, but it could have been SO much worse.

rainfield- they sure are a test. The first test was to recognize that it wasn't anti-virus, but a bad thing. I was instantly suspicious, because it kicked AVG off my taskbar, and locked all browsers.