Fifth and Final Day of the Knobstone Hike


I had eight miles to go to reach the car. However, I wasn't worried about it, even though it was farther than I'd hiked either of the last two days. For one thing, I was going to the car, and that was serious motivation. For another thing, I could see by the maps that there were only a few more hills (three I thought, but it turned out to be four), and that none of them was very big. The final three miles followed a valley out to the trailhead.

The data book said I'd camped at the high point of the trail. However, I don't think this is true. The elevation profile shows a higher spot back at mile 23. But there was almost a view. And I climbed a little more after the campsite before dropping to a creek. 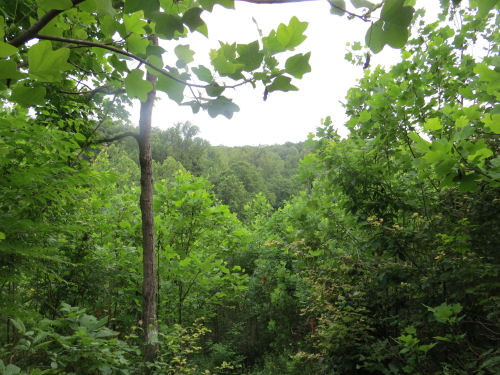 Then the trail dropped down to a valley and stayed in the lowlands for a ways. 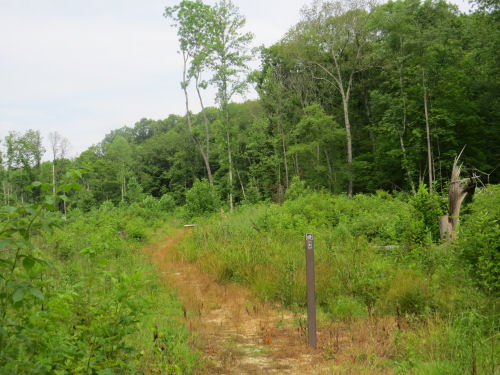 The final climb was over a watershed ridge into the next creek valley, which was Spurgeon Hollow. It was higher than I expected, but didn't feel bad. Looking, now, at the elevation profile, it looks pretty serious. But I think the grades were better.

I saw one Horse Nettle, Solanum carolinense. This seemed odd, to find only one. But it was happy. 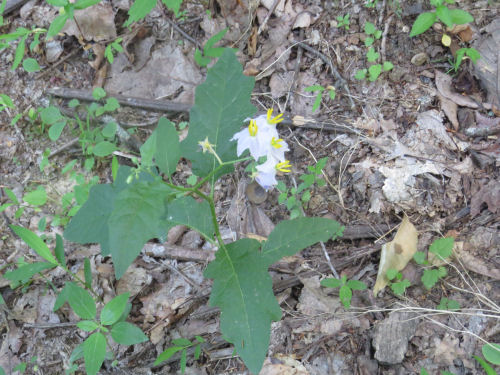 I crossed a creek that was not flowing, but it did have a collection of tadpoles in a pool, which were halfway to becoming frogs. I didn't get their picture. But this dead snag with open sky behind it instead of closed-in forest caught my eye. 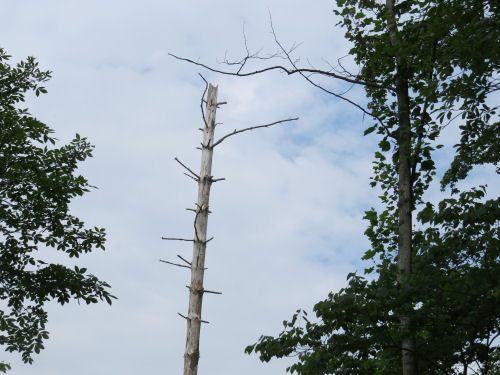 The big joke was on me. It was smelling like rain, and I was very happy to see mile marker 44- the last one. However, if you read the blog post from that night, you already know that this was apparently an inside joke. It was almost another mile to the actual trailhead! In that mile, I got soaked to the skin. I put the camera and phone in their raincoats, but didn't bother with myself because I thought I'd get to the car any second!

Spurgeon Hollow Lake was beside the trail, and although a lot of it is covered in duckweed, I think it would have been pretty if I'd been willing to stop and look. 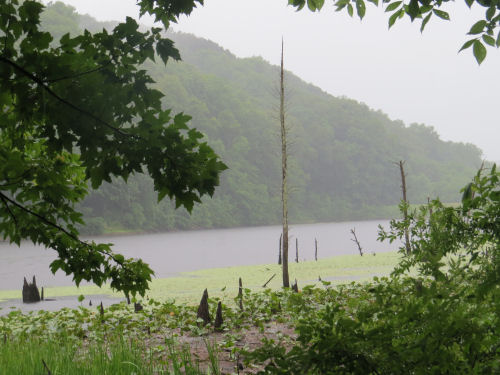 The trail turned into a river, and I waded onward. At least I was cooler! I threw my stuff and my self in the car (thankfully, I keep a pile of car towels), phoned some friends to take me in, and called it a hike. 9 miles for the day, and done at 1:15. Didn't see any other hikers, which surprised me, but maybe they looked at the weather forecast!

I apologize to any Indiana friends this may offend, but I think this is the least favorite hike I've ever done in a lifetime of hiking. Most of that was due to the weather, which people have no control over. Recall that I had planned to do this in May when there would have been more water, and presumably it wouldn't have been so hot. That was an excellent plan, but...

I'll say it again. I do not think the real problem was the hilliness of the trail. I never had a single sore muscle. OK, I'm losing both big toenails again, but that's just from the steep downslopes. Not a big surprise. I think the heat is starting to bother me more than ever, and we've never been good friends- heat, humidity, and I. The poison ivy has turned the corner, and the skin is burning less. Hooray!

In other current news: I got outside to work at 6:30 this morning! You'll start seeing what I'm doing tomorrow. Made some progress, went to get (successfully) the two items I tried to get yesterday and did one more errand. I even talked myself into doing some of the mowing after lunch. It was 86 degrees by noon! Yuck. At least it's cooling down at night. By strategic placement of the fans in the morning hours, I can get the house cooled down enough to tolerate it for the rest of the day. I'm enjoying that macaroni salad. It's amazing how refreshing cold pasta and vegetables can be!

Posted by Sharkbytes at 7:20 PM

The whole hike sounded pretty grueling thanks to the heat and humidity. I think I would have enjoyed that rain for the last mile.

Glad that the poison ivy sores are on the decline.