I did a lot on the trailer project today, but don't quite have the next piece done. I'll wait until it's finished to share.

Instead, here are a few survivors from the attempted flower bed this year. The coleus are too widely spaced, but I really couldn't buy any more. However, they are looking colorful. There are now 3 fewer of them than in this picture. But they do make me smile when I walk by. And the rose I hate is blooming. Less than usual, also thanks to the deer! 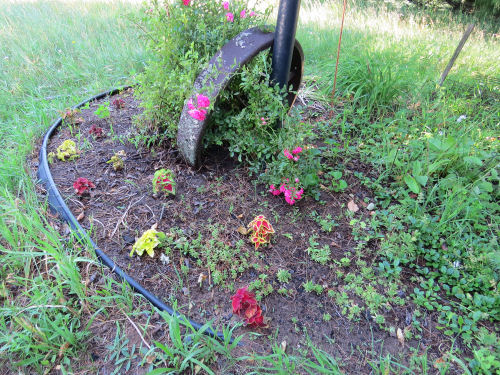 Here is one of the blue hosta. It has been in wire prison since the deer missed it on their first forage of the garden. The wire does seem to keep them off, but it's not so pretty to look through to enjoy the plants. At least I can remove it for pictures. I don't know what variety this is. It was a freebie from Ester. 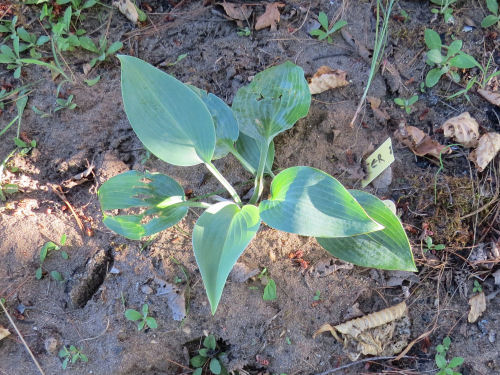 This is one of my favorites. I bought one, but the deer finished it off. Then Ester gave me one, and I split it so there are two chances that I might get to keep it. This is a hosta variety called 'August Moon.' Yes, it's very yellow-green. That's not just a trick of the light. It's so bright and pretty- it's as good as a colorful flower and the color lasts all season if you can keep the leaves from being eaten. Both of these are also under wire. 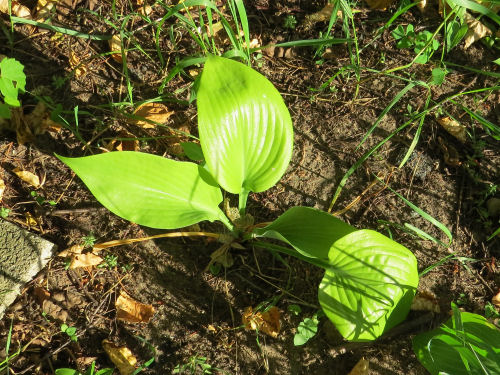 I worked very slowly again. I think on a cooler day I could have done everything I accomplished in maybe 3 hours instead of all day. But I guess I need to take what I can get. I'm still trying to get outside earlier, but my brain does not appreciate it. I had a headache until noon today- usually the result of trying to wake up too fast. And there has been heavy dew the past couple of mornings, and that doesn't lend itself to doing some jobs when your workshop is totally outside. And, the golden biting flies arrived in time for lunch again.

It's supposed to rain tomorrow night. I have a book event that I have to leave for at 3 pm. So I brought in most of the tools today (I've been leaving everything out on a table and covering it with a tarp since the probability of rain has been down around 5% for the last 10 days). I'll just try to finish this one piece of the trailer project in the morning and then clean up and make sure I'm ready to get my head into book sales.

I always thought the leaves on the coleus were so pretty. Too bad the deer find them to be a tempting snack.

Lulu: "Our Dada says his only garden survivor is a purple succulent he got from the water wise nursery last year. Our problem isn't deer, though. It's mostly snails!"
Charlee: "How could snails be a problem? They're so slow and sluggish."
Lulu: "It's the same deal as with zombies. Yes, they're slow and sluggish, but there sure are a lot of them."