Is Half a Stink Bug Better than One? Than None?


I was fixing the last two window roller arms on the trailer today and saw the oddest insect between the window and frame. Two of them. 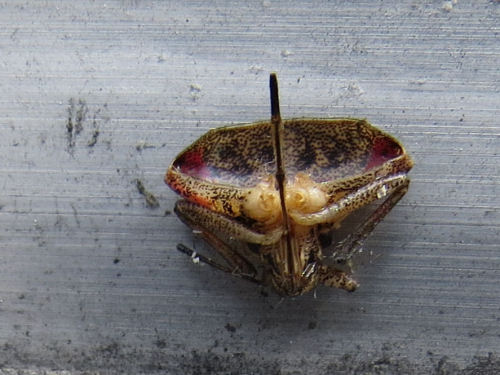 Nifty colors- a deep red and rich gold. The red really stood out. After I got a couple of pictures, I poked it. I thought it was dead, but wasn't absolutely positive. Definitely dead.

I had no idea what this was. Here's a slightly different angle. 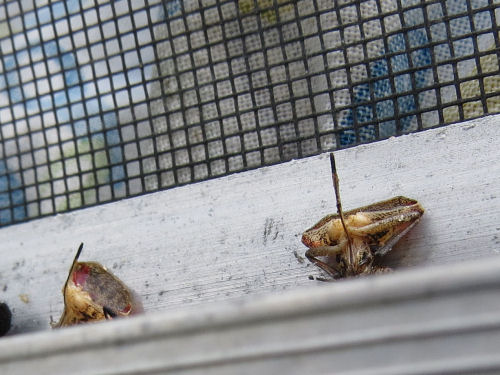 One fell off, but I turned the other one over and got a picture of the top side. Not great focus, but you can see the red and gold on this side too. 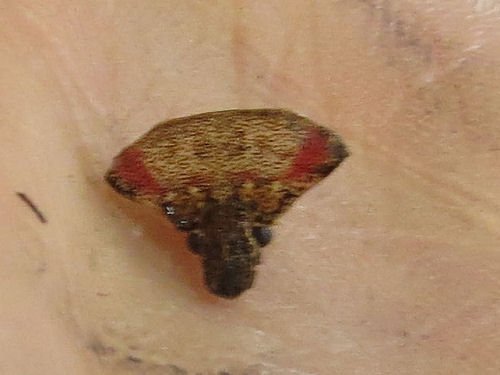 I put it on Bugguide for an ID, because I didn't have a clue what I was looking at, except that it looked insect-y. Haha! It's the front half of a stink bug. Two of them. I think it's a little weird that two of them decided to park themselves upside down between the window and the frame, die, and somehow lose their entire back halves. The colors had me stumped too. I know that stink bugs can be brown as well as green, but I never saw a live one this pretty.

I did find this picture of an alien Brown Marmorated Stink Bug, and I can believe it might be this kind. That shield looks the same shape, and the pattern is similar. I'm betting I picked these up in Kentucky and they hitchhiked home with me. We did have some brown ones in our campsite down there. Hope any eggs didn't survive the winter. I don't want to be guilty of moving invasive pests. 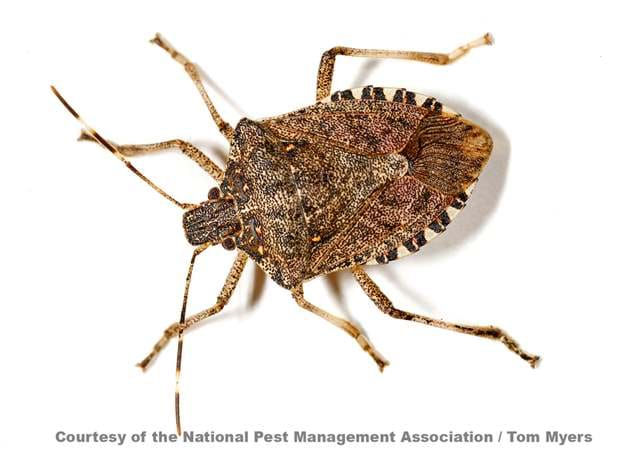 In other news: I'm doing the finishing stuff with trailer loading and other packing details. I'm leaving Friday morning. Marie and I each needed an extra day, so it's all good.

Tomorrow I'll give you the trailer tour.

My answer is yes, half a stink bug is better than one but not better than none. I never saw them around here until about 4 or 5 years ago. I've never seen one like the dead ones though. All the ones I've ever seen look like that brown one. That is odd that you had 2 that were dead and cut in half

Charlee: "Hmm, I'd rather have one that was alive. Then I could chase it and bat it around."
Chaplin: "And maybe eat it eventually."
Lulu: "Ewwwww!"