Cayuga Lake. My lake. This is home. 40 miles long, two miles wide. The big blocky building is the Miliken Power Plant (named for a former Michigan governor), now decommissioned. You could see this from my home. 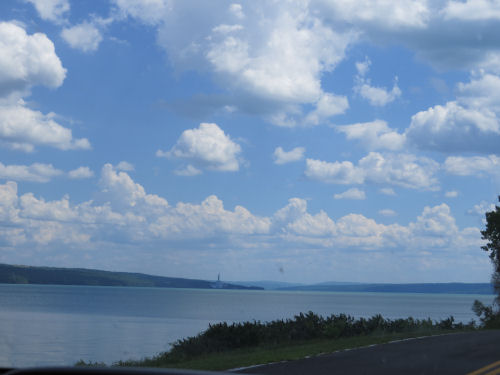 We did go swimming. It was so hot that this activity was almost a requirement rather than recreational. Actually, we went back to Sheldrake. Even though it is posted, all the locals still swim there. The sign is mostly because of the bad current off the point. We stayed well inside that. In my opinion all beaches should be small smooth flat stones like the Finger Lakes beaches, not sand. We picked up some pretty rocks, and I found one fossil, a crinoid. If I'd hunted longer there were possibilities of finding horn coral, brachiopods, and even trilobytes. 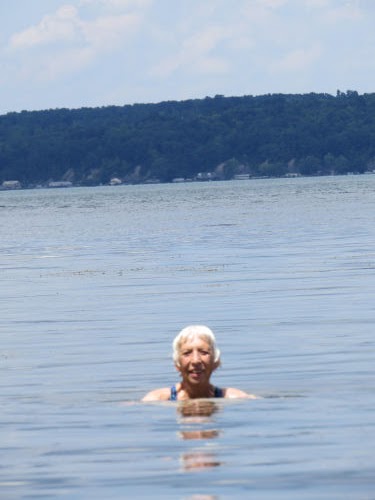 And, I promised we'd get ice cream which we did. I had Sleeper Awake (coffee and chocolate), and Marie had Boomberry (raspberry ice cream with blueberries, raspberries, and strawberries). Definitely yummy, and it helped with the cooling. 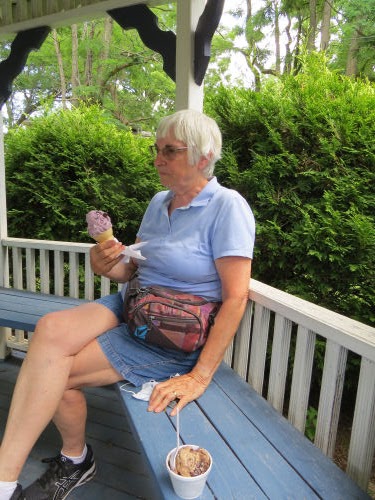 This is the school I attended from kindergarten to 12th grade. It's still in use as an elementary school, although the district is consolidated. It was built in 1924. My kindergarten room was on the first floor on the left. But the use patterns changed when an addition was built, so that was also my high school English room! 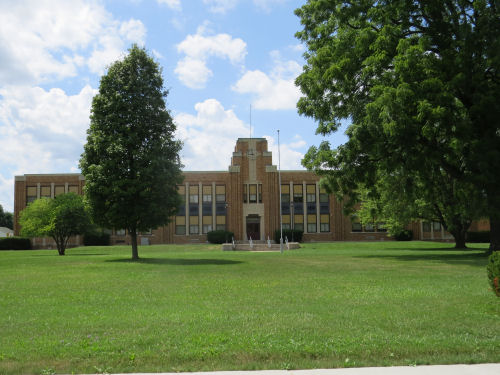 And Dick finished the second of my trailer metalwork projects. The propane tank holder is now removed, and the spare tire is mounted on the hitch. Hooray! 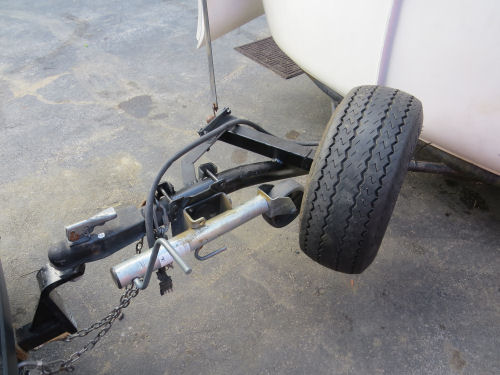 Tomorrow more playtime. I promise there will be hiking eventually, but not quite yet.

What a great view over that lake.
Nothing wrong with play time. As long as you are enjoying yourself that's all that matters.

Charlee: "Cayuga Lake! Our Dada says he has been there!"
Lulu: "But it's all the way on the other side of the country."
Chaplin: "Yes but apparently that's where Mama and Dada are from and used to live."
Lulu: "What? Who told you that?"
Charlee: "Dennis did."
Lulu: "So Dennis lived there?"
Chaplin: "Well, no, but he told us that Trixie and Tucker lived there, and they told him about it."
Lulu: "Hmm. Sounds like hearsay to me."