The local squirrel had a reason to give thanks today. I've named this one Buster. It's not the same one I was picturing in March because this one has a better-looking tail. Generally, we are not feeding the wildlife because the squirrels are total pigs. However, in my sorting of so much stuff, I came across a jar of sunflower seeds. Better to give them to the squirrel than tempt the mice who have been chewing on the plastic lid. 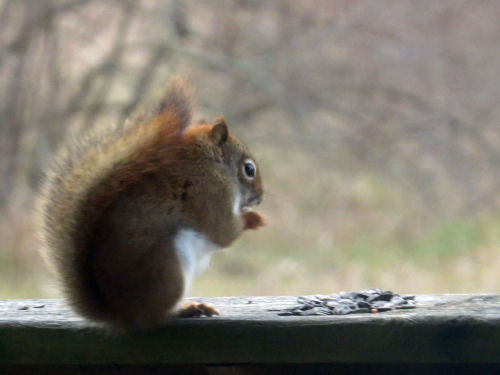 What a windfall for Buster! He's been checking the deck quite regularly and finding nothing. Now... it's a bonanza! 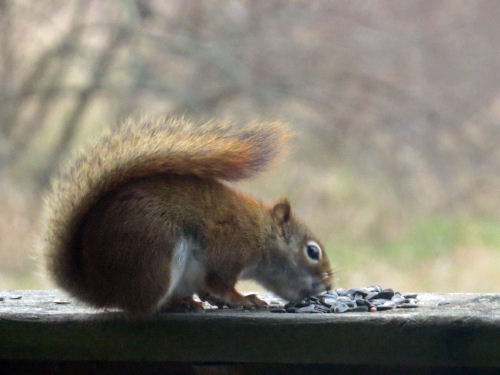 In other news: I wrote a chapter. I walked 3 miles- set a goal to try for 4 mph. Almost made it. First two miles were 15 minutes each. The last one was 16 minutes, so not far off the mark. And, I've been spending quite a bit of time on something else of interest. I MIGHT tell you in a day or two. And, I hunted for yet another thing I can't find.

Posted by Sharkbytes at 7:50 PM

Email ThisBlogThis!Share to TwitterShare to FacebookShare to Pinterest
Labels: squirrel

It won't take Buster long to get rid of those seeds for you.

Ann- that is FOR SURE

Marie- we both posted about red squirrels!