Hiking is Back on My Radar

An impromptu hike on the North Country Trail was organized via Facebook. (And I did not have to stay home and work on projects!) Eight of us met to hike a new re-routed section near White Cloud, Michigan. The new piece includes some great boardwalk through a marsh and it took a couple of miles of trail off road. Always a goal! 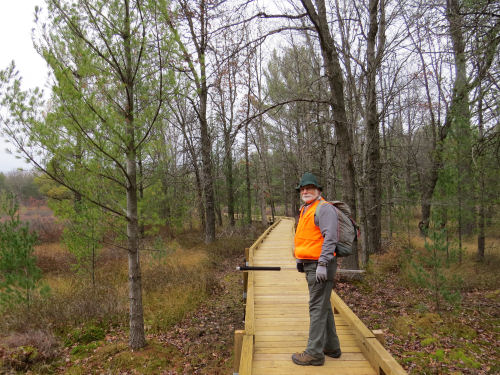 The boardwalk goes through a beautiful unnamed marsh. Not the most beautiful time of year, but still some subtle colors. 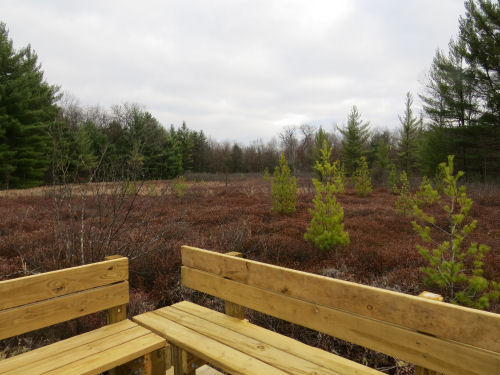 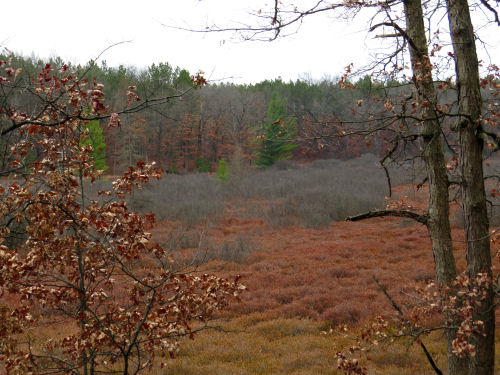 Just slightly beyond where the re-route joins the old route is the bridge over the White River. I haven't been back to this particular location since I first hiked it, and when it counted toward my End-to-End hike in May of 1997. It was pouring rain that day! 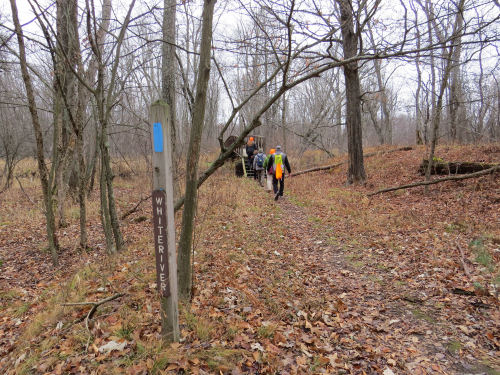 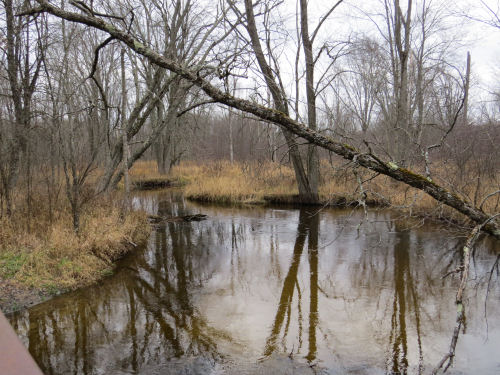 We returned to the cars via the old trail and road. Not quite 4.5 miles. Pretty short, but it was good to see some old friends, and meet two new ones.

Speaking of friends! Before the hike, I had lunch with Sue (who served us some yummy chili, cornbread, and salad)... 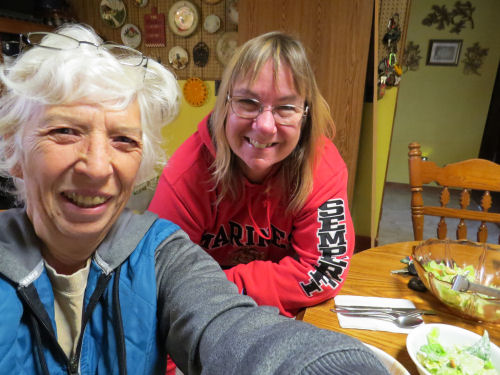 ...and snuggles with Sophie. (Sue had things to do, so she couldn't go on the hike.) 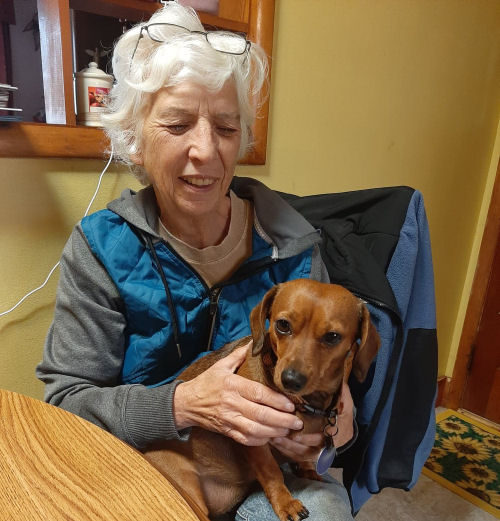 In other news: Isn't that enough news?! But there is a little more. Since I was doing all this via Baldwin to Whitc Cloud I accomplished another errand in Baldwin. And I wrote 289 words. I know... lame... but it's better than nothing.

Posted by Sharkbytes at 8:12 PM

Well written and great pics, thanks for posting this! Where did your End to End Hike in ‘97 start and finish?

I like how they did that boardwalk. That makes for easy walking.

Thanks, Chris. I did my hike in sections that hopped all over, but it began in 1992 from Darrough to Mayfield, MI (not even part of the route now), and ended in 2010 near Petoskey.

Ann- much better than how wet the trail was previously