One of the things I re-homed in this great sorting project of the last few weeks was my father's high school baseball uniform. He graduated in 1922, so this is 98 years old. I was very, very unhappy to discover that the mice had been in it. I carefully washed everything, but it has holes it did not previously have. This is the warm-weather uniform- cotton pants and top. The socks are in rough shape- the mice really used them for the potty room, but I gently washed them multiple times until the water finally came clear. 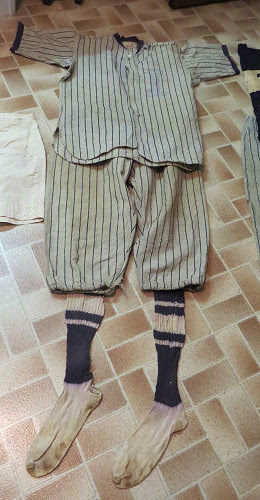 There are wool pants, and a wool jersey undershirt too. I don't know if there was a wool shirt, or if the undershirt was just worn under the other one. 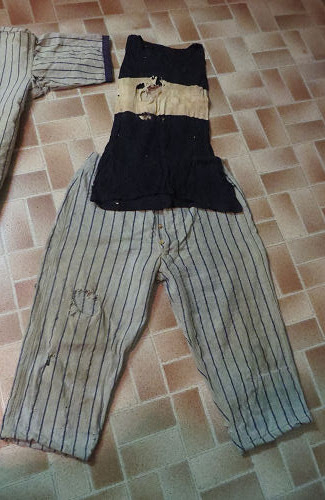 The uniform included underwear. They are plain cotton with a button fly. The back has a lacing to adjust the waist, taking the place of elastic. Actually, I think that would be comfortable. Elastic itches. 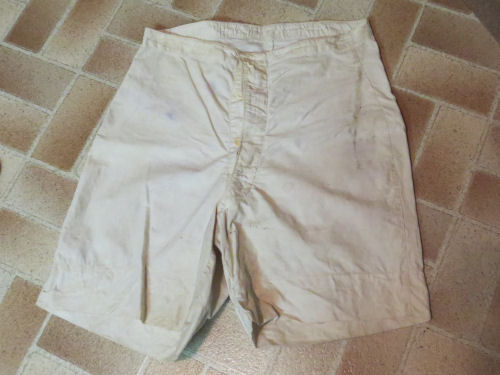 Everything was made by Treman, King & Co. of Ithaca, New York. Athletic Outfitters. They were still in business in the 1930s, and I found one article that said the building eventually became Montgomery Wards. The building is a big square half block in downtown Ithaca, and is now on the National Register of Historic Places. 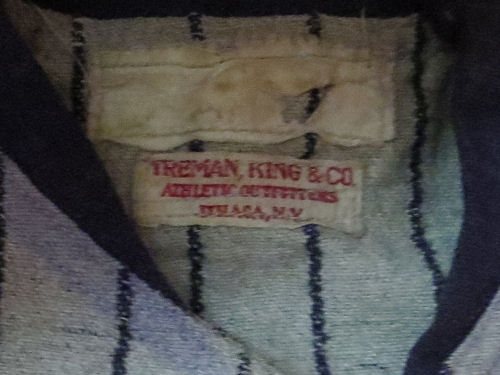 And you can see the "I" on the front of the shirt for Interlaken, the hometown. It seems subtle, but maybe that was the style at the time. Or, there was a different piece of fabric for the "I" that has completely disappeared and the color difference is showing the original color of the uniform. We have no pictures to give us a clue.

Dad was a big baseball fan. In fact, he played in the minor leagues in the late 1920s. For a Rochester, NY team. I am not sure of the team name. He played 3rd base, and the story is that he was told he'd never make it in the majors because he was too lightweight. He was six feet tall and weighed 135 pounds. 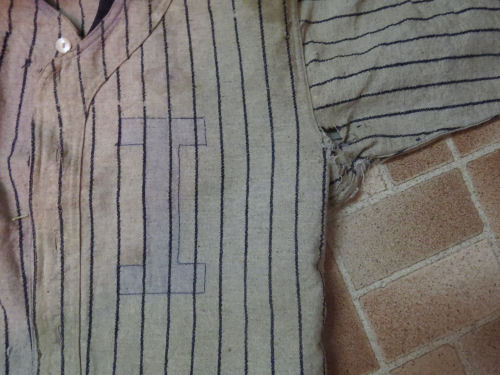 You've seen it before, but this is a picture of Dad, Ray F. Leary, from about the time he would have been wearing the uniform, although this might be from his college years. Still- fairly close. 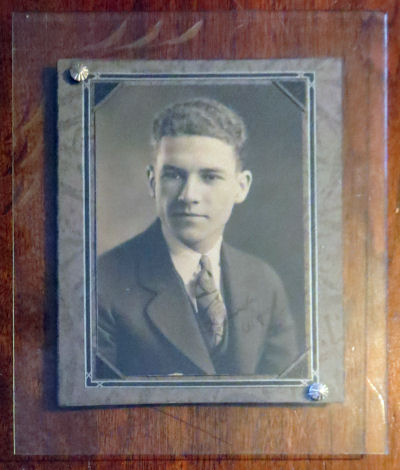 In other news: I did a lot, but you'd never know it. I didn't get to sleep last night till 4 am, so the morning was a waste. But I did do some editing for other people, wrote a pathetic 254 words- but at least it was progress, did the next to the last tub of cement for this year in the well pit (I was hoping to finish, but although it was above 40 degrees, the cement doesn't set up very fast), and I did a lot on the big project I've been hinting at. Not ready to 'fess up yet, though. You'll have to wait. Paid some bills, made phone calls, blah, blah...

Wonderful account of your dad's baseball career. Having the uniform is a treasure. My father played ball, same era, but God called him to preach, so he put away the glove.

(I knew you were up in the middle of the night-- facebook gave you up.)

What a neat treasure the uniform is.

Hi Vanilla- So, you were up too!

Ann- I really, really treasure it. Some day it will go to the Interlaken museum.