I didn't get a lot done today, but I did get over the uglies. I know it's time to go for a hike when I get them. Anything and everything and everybody annoys me.

Decided to go to Ludington State Park and do my favorite loop which takes the Ridge Trail north and then returns via the Island Trail. I hadn't done it in a while! And it looks like I haven't really taken you on a tour of that loop, either.

The Ridge Trail heads up to the top of a stabilized dune which I think is a relict sand dune, since it has a gentler slope on the west and a really steep drop on the east. This is just a nice curve in the trail. The Ridge Trail has a decent amount of topography and will give you a good workout. Not to mention all the loose sand at the north end. 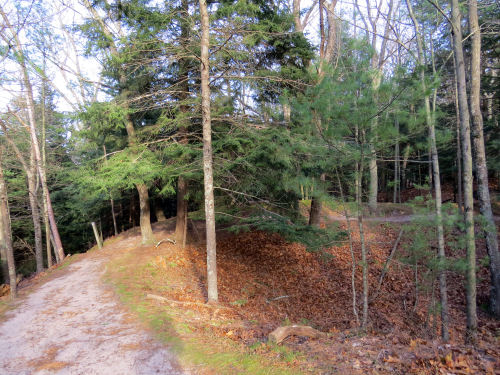 I took a ton of pictures. You may see more tomorrow. The afternoon light was great. When you get into thinner woods and more open dunes at the north end, you can look west and see Big Sable Lighthouse. If you look east from the same area you see Hamlin Lake, which is where you are headed. 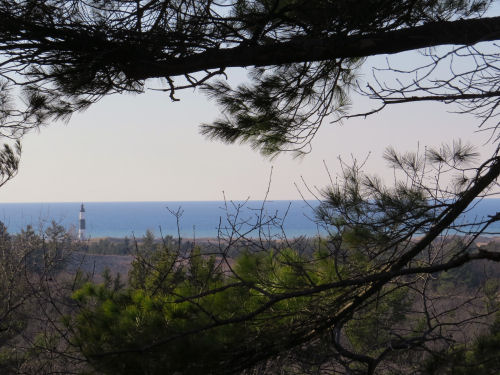 Now you are really getting into more open dune area, but the trail remains in the edge of the woods for now. 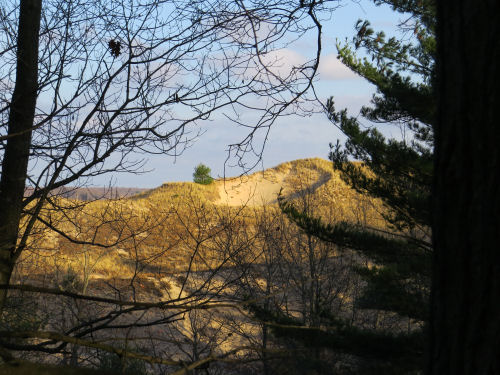 Finally, you make a sharp turn back to the south and drop down to the level of Hamlin Lake. This is one of the remaining CCC shelters in the park, and I love it. There was a hiker there with his dog who had a fire going in the fireplace. Smelled great, but he was talking on his phone and didn't seem to want to be friendly, so I hiked on. But I have spent more than one pleasant hour in the same place, doing exactly what he was (except for the phone). 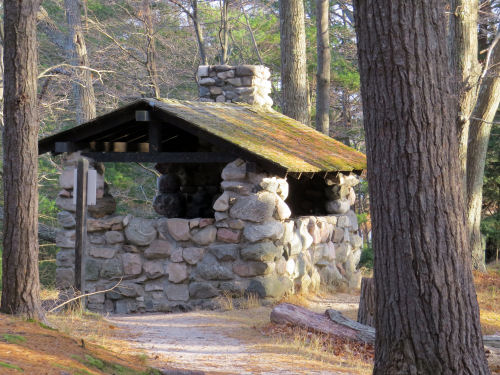 At this shelter, you get your first real view of Hamlin Lake. 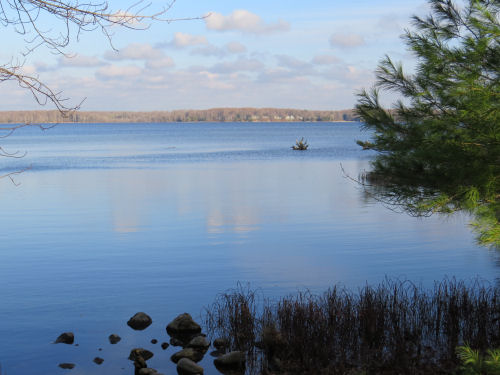 I like to take the Ridge Trail out for the challenge, and return via the Island Trail for the sheer beauty. Except for several bridges, there isn't a lot of boardwalk, but this one curves around the edge of a backwater. Sometimes the water is high enough that it's needed. 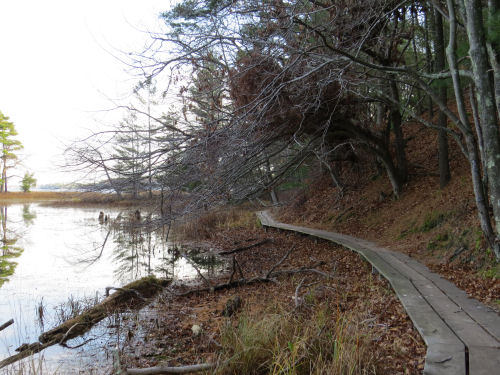 The sun was getting low, and it was just one gorgeous view after another. This is looking south, down the main portion of Hamlin Lake. 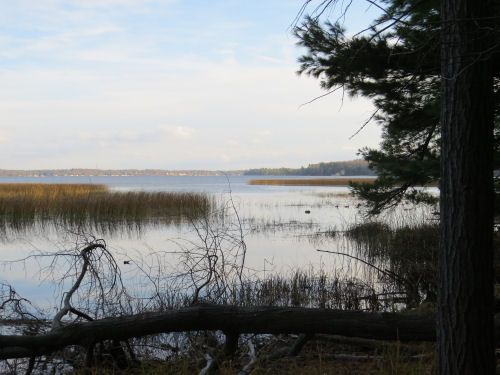 To the west, I had to shoot pictures right into the sun, but it made things very dramatic. 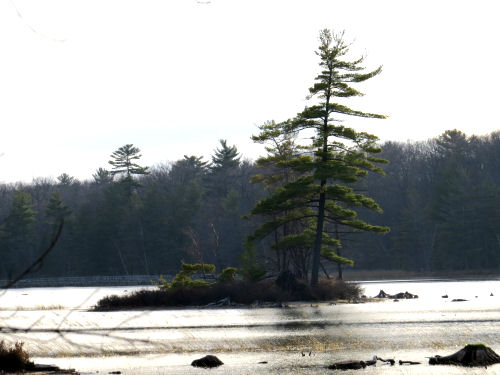 Just a short while before I arrived back at the road and the paved trail to get back to my car, the light shining to the east turned small islands golden. 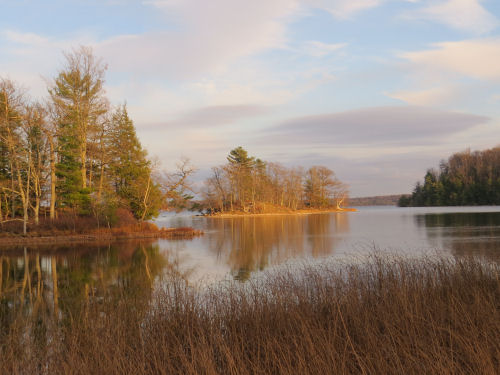 In other news: Well, I did get over being grumpy! I only managed to write 376 words, but I improved chapter 11 quite a bit. I couldn't sleep last night and realized at some point that a small change would make that chapter much better. I did a tiny bit of cleaning and cooked a package of Brussel Sprouts. I suppose I'm grasping at tiny accomplishments to tell you that! Just remembered I did laundry too, so that's better.

I'll have to remember the term "uglies" the next time everyone and everything around me is annoying me. What a beautiful place to clear your head. Enjoyed all the photos.

You are so blessed to live in such a scenic area!! I envy that. BUT...we have our trail right here within walking distance and we are on it about 5 times a week. It is the one thing that has saved my sanity during Covid days. I'm like you...whenever I am grumpy, I know I need to get out in nature. Birds, bugs, snakes, fresh air, sunshine/clouds, etc. makes everything okay again.

Thanks Ann- I really couldn't cull them to 3 or 4~

Lin- Yes- so important for me to get outside. Road walks will do it sometimes, but I do need those more natural places too.